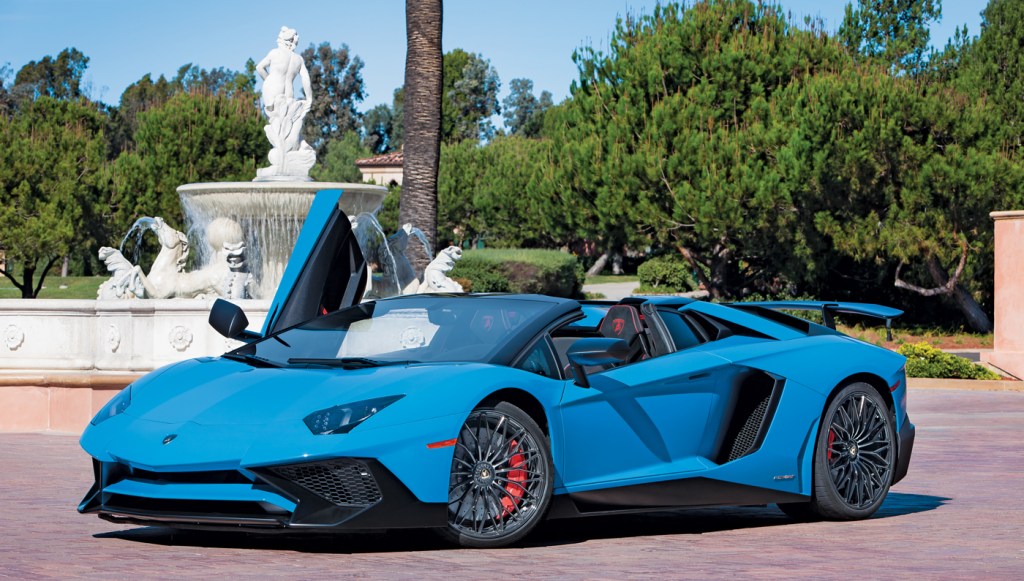 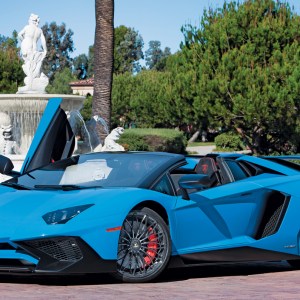 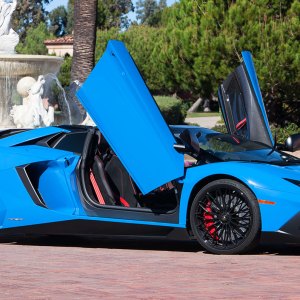 An exercise in automotive purity

“Get in, sit down, shut up, and hold on!” Remember the license-plate frames from decades ago that conveyed these points of passenger etiquette? While the Car of the Year contest’s LP 750-4 Superveloce Roadster bore a more distinguished Robb Report plate, tough love remained the order of the day when professional racecar driver Kevin Conway was behind the wheel. Lamborghini’s 2014 Super Trofeo world champion showed the ride-alongs what the brand’s biggest, baddest bull could do, pushing the car’s acceleration, braking, and corner carving to within 80 percent of their limits—on public streets.

“It’s extreme, yet approachable,” said Brent Holden. He was among the judges who were not intimidated by the looks of the Superveloce Roadster or its specifications (750 hp, 2.9-second zero-to-60-mph time, 217 mph top speed), which make it Lamborghini’s most extreme series-production machine ever. “This car is otherworldly,” said James Early. “It’s pure racecar. It would be hard to find a place to drive it.” Dale Crighton called it “an exercise in automotive purity,” and Rob Vanderwerf proclaimed the beast “the most amazing sports car I’ve ever driven.”

“You need an extraordinarily strong constitution, complexion, and hairstyle to survive a stint in this monster.” —Laura Burstein, Robb Report contributing writer

The bull didn’t gore any judges, but it galled some, including Douglas Von Allmen. He found it “too big, too heavy, too styled, too expensive—the perfect car for someone with too big an eye.” At more than $530,000, the Superveloce Roadster was by far the most expensive car in the contest—more than twice the starting price of the next most expensive vehicle, the Ferrari 488 GTB. But that money buys a host of rarefied fea-tures, including a carbon-fiber monocoque, Formula 1–style suspension, a monster V-12 engine, and a body design that extends a middle finger to any other driver who thinks his or her car looks audacious.

“It has wow factor times a gazillion,” said Tara Maw. “It’s the car everyone will stop what they are doing to look at.” That might include highway-patrol officers, though according to at least one contest judge, sampling the Superveloce Roadster’s capabilities could be “worth the ticket.”

“Lamborghini racecar driver Kevin Conway took me on a ride more exhilarating than a roller coaster. It definitely got my heart racing. The car was a rocket; I came back from the ride a bit shaken, and it took a few minutes to find the ground.” —Vicky Iskandar, Robb Report social media manager