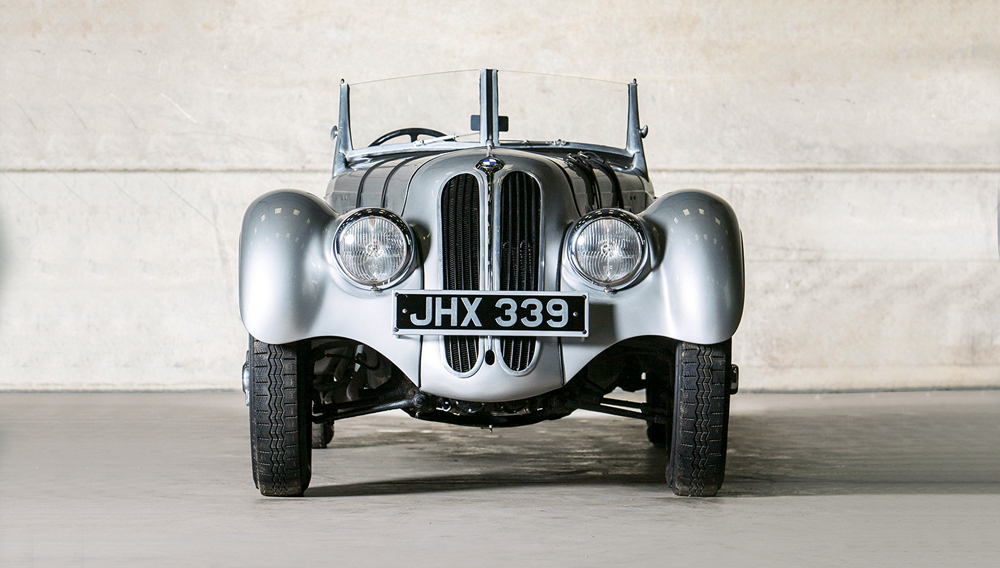 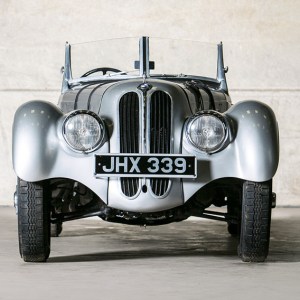 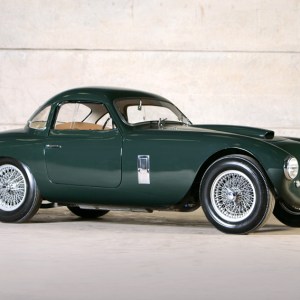 Among the 30 remarkable automobiles crossing the block at Bonhams’ annual Bond Street Sale in London are two standouts from the collection of Gordon Willey, a retired businessman based in Lancashire and enthusiast of prewar cars. Willey’s 1938 Frazer Nash BMW 328 Roadster ($850,000 to $1 million) is one of just 200 known to exist today. Previously owned by Billy Cotton, the British big-band leader and amateur racer, the restored silver roadster is similar to models that claimed victories at races including the Mille Miglia and Le Mans partly because of a chassis by BMW chief engineer Fritz Fiedler. “In short, the 328 was the first truly modern sports car,” says Bonhams cochairman Malcolm Barber. Alongside the 328 will be Willey’s meticulously restored forest-green 1955 Frazer Nash Le Mans Coupé ($580,000 to $650,000), one of only nine fixed-head models built between 1953 and 1956 and the first closed Frazer Nash to enter production. Willey discovered this chassis in the 1990s and, over the next decade, restored it to road-ready condition.