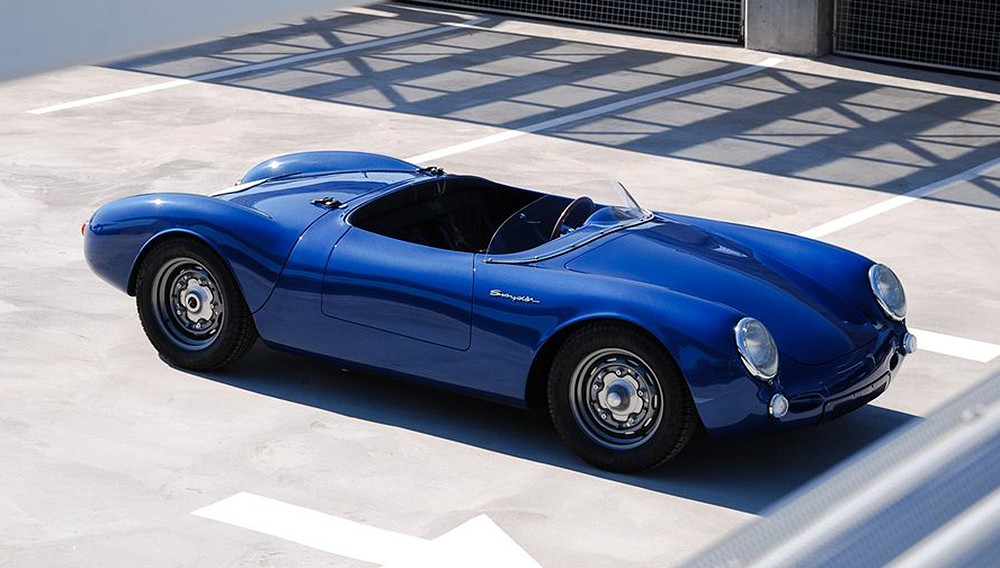 The sleek and spartan Porsche 550 Spyder has become an automotive icon. It debuted at the 1953 Geneva auto show and soon became known as the “Giant Killer” because of its success on the racetrack and diminutive size. The nickname took on a new meaning in 1955, when James Dean crashed his 550 Spyder and died just after filming the movie Giant.

Porsche built only 90 documented examples of the 550 Spyder during the production run from 1953 to 1956. Acquiring one today requires luck and money. Few owners part with these prized models, and when they do the price is high. Last year, Jerry Seinfeld sold his blue 550 for $5.3 million.

There is another way to own a 550 Spyder—a reproduction model that takes a significantly reduced toll on the wallet. For the past four years, a shop in Chandler, Ariz., has been perfecting the art of 550 Spyder replication. Starting at around $44,000 for a base turnkey model, the Seduction Motorsports 550 Spyder features meticulous retro details and a host of modern upgrades.

The car’s fiberglass body sits on a powder-coated steel frame capable of handling far more than the 230 hp provided by the water-cooled, turbo-boosted Subaru engine. (Air-cooled Volkswagen and Porsche engines are options.) Notable details and components include an artfully crafted CNC aluminum shifter and emergency brake, disc brakes, a Magnaflow exhaust, and a custom shock-and-spring set that keeps the retro ride 21st-century compliant. Seduction also offers a heating option for the bucket seats and a wide variety of choices for the upholstery. Right now, the company is building a special aluminum-bodied 550 Spyder that is priced at close to $200,000.

“A lot of our buyers are engineer types, people who appreciate the chassis design and the military-grade material,” says Seduction owner Daniel Verwers, whose repeat customers include Intel CEO Brian Krzanich; he has purchased five of the 42 cars Seduction has built.

“The reason for our meticulous approach is simple,” Verwers says with a laugh. “I don’t want you calling me 10 times a year to replace things, so I better use great parts to begin with.”

If something does go awry with a Seduction 550 Spyder, Verwers might show up at the owner’s door to fix it. After taking delivery of his Subaru-powered blue 550 Spyder, Greg Melia, a financial advisor in Tulsa, found that Oklahoma’s hot-and-humid summers were wreaking havoc on his car’s fuel-delivery system. “Daniel flew out and fixed it in my garage,” says Melia. “He put in an in-tank fuel pump that he’s now adopted for all his cars.”

Melia says he checked out other 550 Spyder replica builders before settling on Seduction. “The level of detail just got to me,” he says. “The more I drive it, the better it fits me, just like an old shoe. The only issue with this car is the amount of attention it gets from onlookers, whether it’s standing or moving.”

While praising Porsche’s work on the 550 Spyder, Verwers says that a well-made replica can provide a driving experience that improves on the original’s. The Seduction 550’s cockpit is a few inches longer than the Porche’s, and the shifter and brakes are more in line with what modern drivers expect.

“Here you’ve got this 1,300-pound car, which originally had a 90 hp engine, and in ours you’re starting at nearly double that,” he says. “Cruising is just so fun. You’ve got an air-cooled engine with carbs roaring behind you, a small Lexan windshield, a real Nardi steering wheel, and your imagination.” (seductionmotorsports.com)