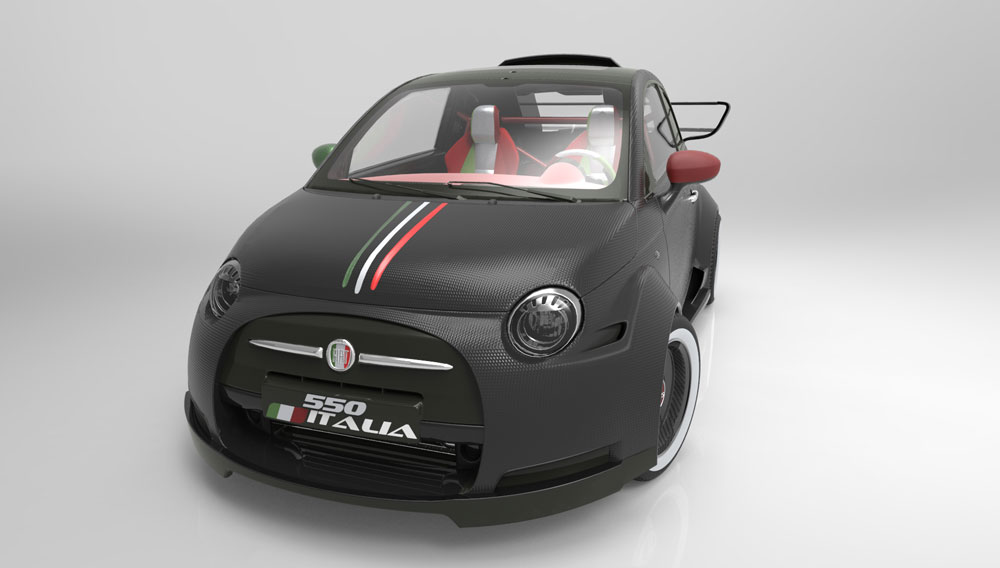 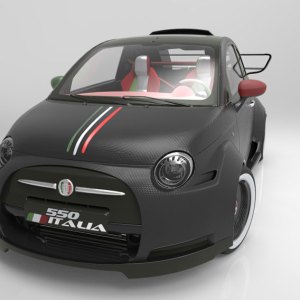 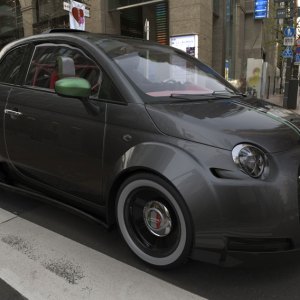 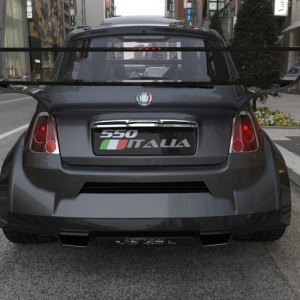 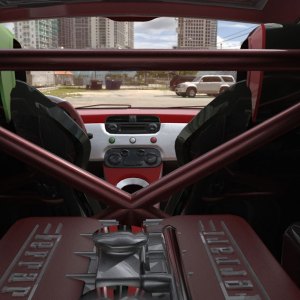 If you have ever wanted the horsepower of a Ferrari in a smaller, more nimble Italian car, now is your chance. Lazzarini Design Studio in Rome has designed the 550 Italia, a prototype powered by a Ferrari 458 Italia engine housed within the modified body of a Fiat 500.

The concept has been stretched by nearly 10 inches in the front and 14 inches in the back to accommodate the transmission, resulting in a stouter overall appearance. It has a full carbon-fiber body with carbon-ceramic brakes, a giant rear spoiler, and plenty of design cues that play up its Italian origin. The green, white, and red stripes from Italy’s flag run down the car’s hood, and it has one red and one green side mirror.

The color scheme continues to the interior, with the steering wheel and seats featuring red, green, and metallic-white stripes, as well as a bold red-and-white dashboard. The rear seating has been removed to make room for the Ferrari F136FB V-8 engine block, which can generate 550 hp; a 730 hp turbocharged upgrade is also available; the suspension, the differential gearbox, and the F1 transmission also have been transplanted from the Ferrari 458 Italia.

Only one 550 Italia will be produced, and the design studio says the car can be had for $550,000. (lazzarinidesign.net)