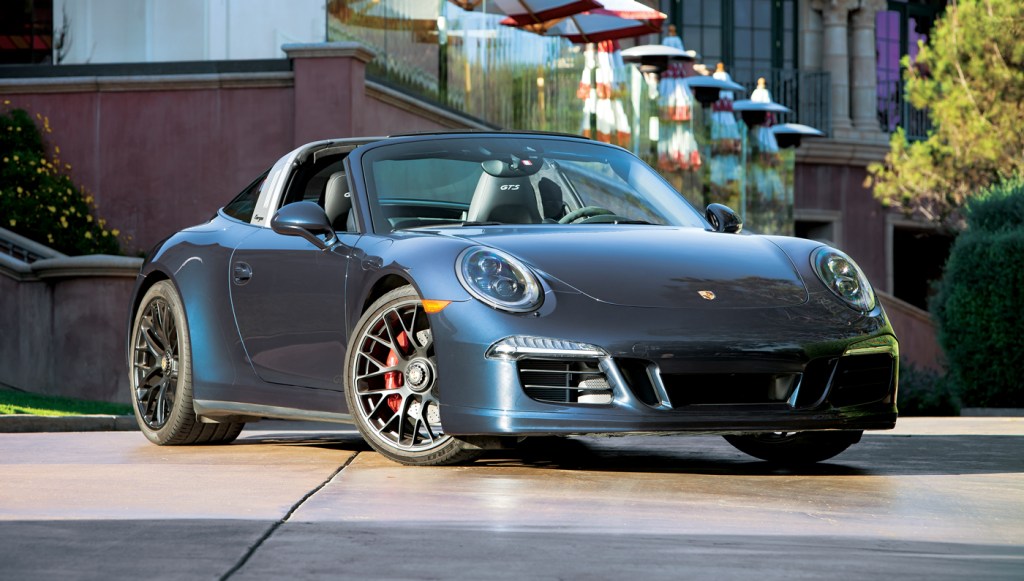 Engine: 3.8-liter flat 6 | Power: 430 hp at 7,500 rpm | Zero to 60 mph: 4.1 seconds (with PDK) | Top Speed: 187 mph (with PDK) | Starting Price: $132,800
The 911 Targa 4 GTS didn’t receive as many first-place votes as some of its higher-powered and higher-priced competitors, but many judges said that of all the Car of the Year entrants, the Porsche is the vehicle they would most likely buy. “It’s a true driver’s car,” said Trevor Philips. “It’s not the most powerful, but it offers the best experience between car and driver.”

The 3.8-liter 6-cylinder engine produces 430 hp and 325 ft lbs of torque. When equipped with the PDK dual-clutch transmission with launch control—a feature that John Plueger called “insane, scary, and fabulous”—the car can accelerate from zero to 60 mph in 4.1 seconds. The driving modes include Sport Plus, which, said Greg Kadens, “gives you whiplash when it shifts into third gear.”

The 911 Targa combines the open-air enjoyment of a convertible with the rigidity and composure of a coupe. Walter Cho praised the car’s “super-stable handling” and said it would be “comfortable to drive daily.” Dan Moyer said, “It’s cool enough, practical enough, fast enough, and the price is reasonable.”

Lee Applbaum touted the Targa as having “heritage” and “sophistication,” and called it an “update of a classic. There’s a good reason the 911 has evolved so subtly over its history: If it ain’t broke . . .”

“There is simply no better real-world sports car than a 911. And it’s been that way for 50 years.” —Robert Ross, Robb Report automotive consultant