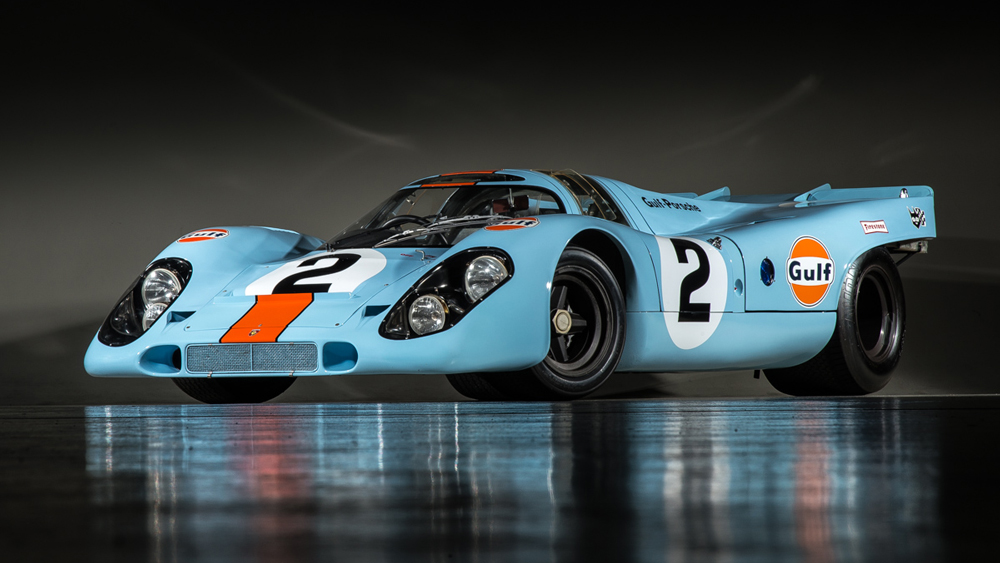 For 64 consecutive years running, the Hillsborough Concours d’Elegance has kicked off the California concours scene, attracting some of the best cars in the collector community. This year, about 200 automobiles of exceptional merit converge on the 18th fairway of the Crystal Springs Golf Course in Burlingame (near San Francisco) on Sunday, July 21.

The picturesque setting is an ideal swath of green to showcase a special gathering of Porsches, the 2019 event’s featured marque. Examples spanning the German brand’s 70-year history will include cars from racer/restorer Bruce Canepa’s collection, including the 917K (opening photo) that took victory at the 24 Hours of Le Mans and the 24 Hours of Daytona in both 1970 and 1971. Also on the lawn will be his 917/10, 935 and 962 race cars, a 959SC and 918 Spyder. Porsche’s pantheon is rounded out with a fine selection of iconic 356 and 911 models, including the world’s winningest concours 930 Turbo.

The Porsche 918 Spyder to be presented.  Photo: Courtesy of the Hillsborough Concours d’Elegance.

In addition to the featured marque, the Hillsborough exhibition will display a total of 24 judged classes, from European sports and luxury cars to American muscle machines and, of course, American and European prewar classics. Some notable design highlights include a 1949 Alfa Romeo 6C 2500 Supersport and a 1953 Fiat 8V Supersonic, one of only 15 made. A special Innovation Cass features the famous Beatnick Bandit. Designed by Ed “Big Daddy” Roth of Rat Fink fame, lots of us young enthusiasts of the era built a Revell model of what was without question, the coolest hot rod around.

The 1961 Beatnik Bandit.  Photo: Courtesy of the National Automobile Museum.

For entrants who like to drive, the Hillsborough Tour d’Elegance departs July 20, the morning before Sunday’s concours, under police escort for a 70-mile rally along the Bay Area’s most scenic back roads, arriving for lunch at a private Hillsborough estate.

Last year, this writer participated for the first time at the Hillsborough Concours d’Elegance, and can attest that this is a first-class show with stellar cars, carefully judged in a beautiful venue. And while concours competition is serious business for some of us wound just a little too tight, Hillsborough is really a reminder that, ultimately, a car show is all about having fun and supporting a good cause. To that end, Hillsborough raises proceeds for Autism Speaks, The Guardsmen, Gatepath and Hillsborough Schools Foundation.