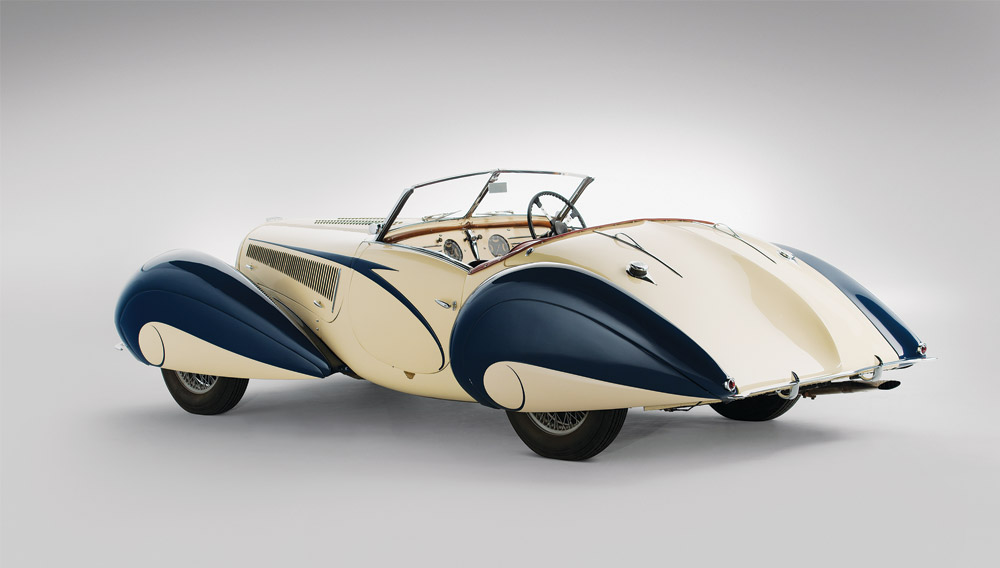 The biggest sale at the Amelia Island Concours d’Elegance—for this year or any other year—was RM Auctions’ 1937 Delahaye 135 Competition Court Torpedo Roadster. The Blue Monaco and Straw Yellow roadster was also $3.3 million higher than any Delahaye previously sold at auction. The French marque built about 30 examples of the Type 135 Competition Court, and chassis no. 48667 is considered the ultimate remaining example. It is one of only two short-chassis models in existence and the only remaining Type 135 Competition Court with a Geo Ham body tag—proof that illustrator Georges Hamel, who is remembered mainly for his racing posters, played a hand in designing the roadster’s Figoni et Falaschi coachwork. The previous owner—the late auto magnate Malcolm Pray—purchased the roadster in 1964, after first falling in love with the car at the 1939 World’s Fair when he was 11 years old.