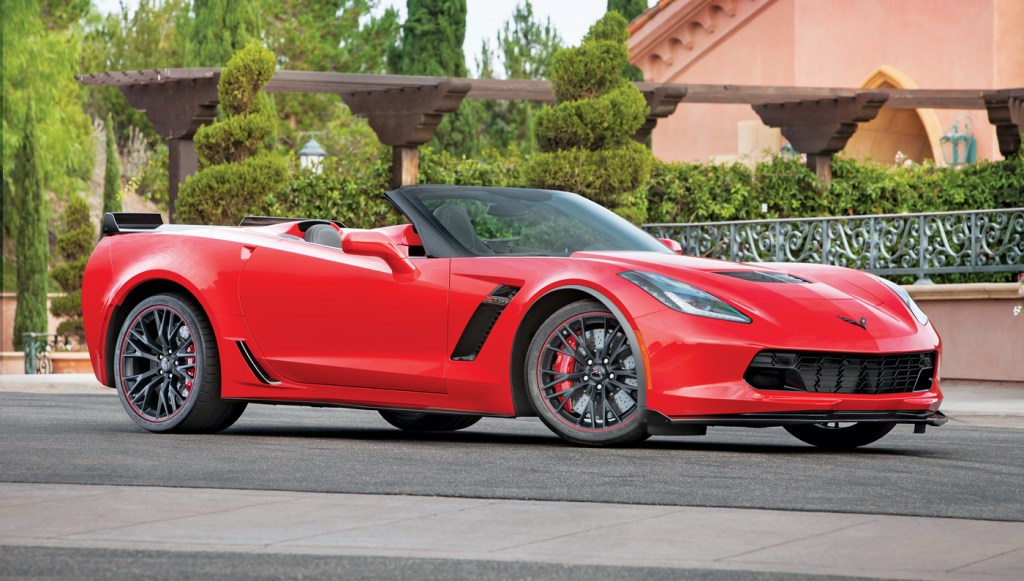 Comfort and finish to match performance

Engine: 6.2-liter supercharged V-8 | Power: 650 hp at 6,400 rpm | Zero to 60 mph: 3 seconds | Top Speed: Not available | Starting Price: $83,400
For more than 60 years, America’s sports car—as General Motors has dubbed the Corvette—has competed against premium-priced European models, sometimes cleaning their clocks with its power and performance but often lacking their refinement. The latest Corvette Z06 has none of the rough edges that plagued its predecessors, according to just about every judge who drove the contest’s red convertible. “It finally delivers on the boyhood dream, with comfort and finish to match performance,” said Brent Holden.

A lofty power-to-price ratio remains a Corvette hallmark. The Z06 has a 650 hp supercharged V-8 and a starting price of less than $84,000. The judges apparently weren’t expecting it to hold its own against sports cars that are three to five times as expensive, and they were impressed when it did. “It’s a monster,” said James Early. “This is a good car—it surprised me the most.” Added Julian Shles, “I think it was the surprise of the lineup. It’s the best GM I have driven.”

Roy Arnold pronounced the Corvette “world class,” and Greg Kadens was wowed by its “aggressive styling and driving experience.” Kadens noted, “I love everything about it,” except its propensity to be a police magnet. “The cops followed us everywhere.”

“Perhaps I have too much hair on my head—and too little on my chest—to fully appreciate this car; nevertheless, the Z06 continues to offer by far the most power for the buck.” —Laura Burstein, Robb Report contributing writer