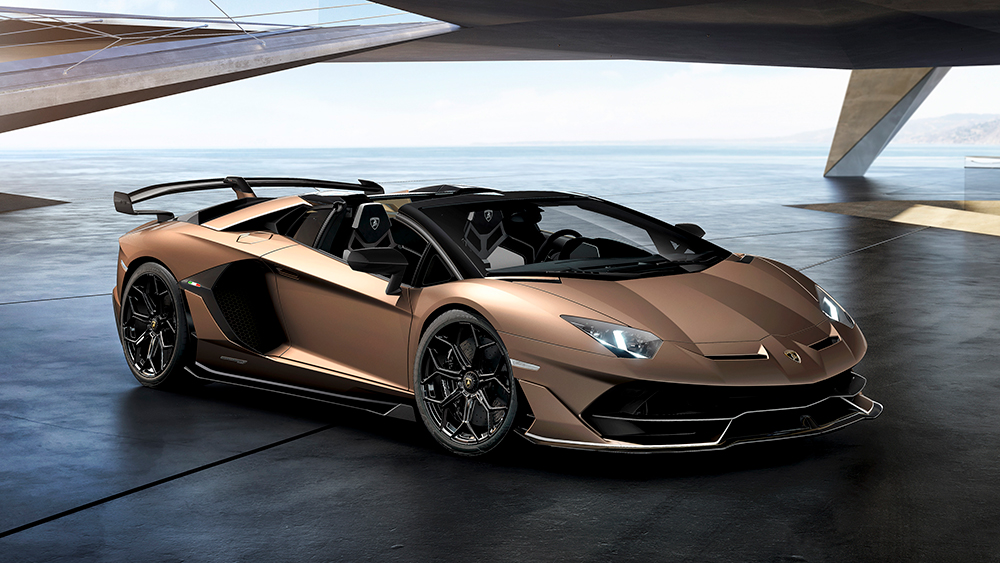 Last July, Lamborghini set an incredible record for production cars when its Aventador SVJ coupe blistered around Germany’s famed Nürburgring Nordschleife in 6:44:97 minutes. That made the mid-engined V-12 the King of the Ring and now you can opt for the same shattering and staggering performance, except with an open air cabin experience. Introducing the Lamborghini Aventador SVJ Roadster.

The all-wheel-drive, four-wheel-steering SVJ Roadster was developed under the masterful eye of Maurizio Reggiani, Lamborghini’s chief technical officer, and Reggiani shared that the Roadster prep begins alongside the Coupe design. “Our carbon fiber monocoque from the Coupe is obviously weakened here, because there is no roof, but we add back torsional stiffness by adding ribs to the carbon tub in the rocker panels,” Reggiani explained. Nothing changes design-wise, but those tweaks to the carbon chassis mean there won’t be the typical flex under hard maneuvers you’d find when removing a supercar’s roof.

To help keep the SVJ Roadster super lithe and nimble, even the A-pillars are carbon forged, in an process where the carbon is wrapped around a clay-like material and then put under hard pressure to set the carbon into the proper tubular shape. “Afterwards, you apply immense heat and the center clay is dissolved, leaving you with a supremely strong, but hollow and light A-pillar,” Reggiani says.

The Roadster is only 110 pounds heavier than the Coupe, and weight was saved by making the roof removal human-powered instead of adding motors. The roof, also carbon fiber, is stowed in the frunk, leaving a little room for luggage when you close the hood. When you’re gazing at that handsome front-end, your eye is automatically drawn to the S-ducts on the hood, which help work in concert with the Active Lamborghini Aerodymanics, or ALA. Those ducts help to push air down into the front splitter, where small flaps can open or close in milliseconds to help with downforce and drag. With the roof affixed, Reggiani says the downforce the Roadster has is on par with the Coupe.

If the roof is open, you’ll have less, since there will be turbulence with the air flowing over the open cabin,” he says, adding that one of the biggest challenges was to make the topless experience a comfortable one for the occupants. A rear window between the carbon fiber cowls behind the seats helps to mitigate buffeting and wind noise. Two small cutouts beside the window drew our attention and Reggiani explained those covers hide aluminum tubes that will save your life, in the highly unlikely event that your SVJ Roadster crashes and flips over.

“To roll this would be a big, big challenge, but never say never, so we have a gyroscopic sensor in the Roadster’s computer that knows if you’re inverted. If so, it will instantly deploy these 1-foot tall tubes. There’s a theoretical line from the top of the tubes to the front fender that ensures the occupants will now make contact with the ground,” he explains.

If you want an SVJ Roadster, gather up $574,000 and act quick: Only 800 units will be produced and they’re selling like crazy at the moment. If you can’t get your hands on one, you can always watch the video of the Coupe setting the record at the Nürburgring.