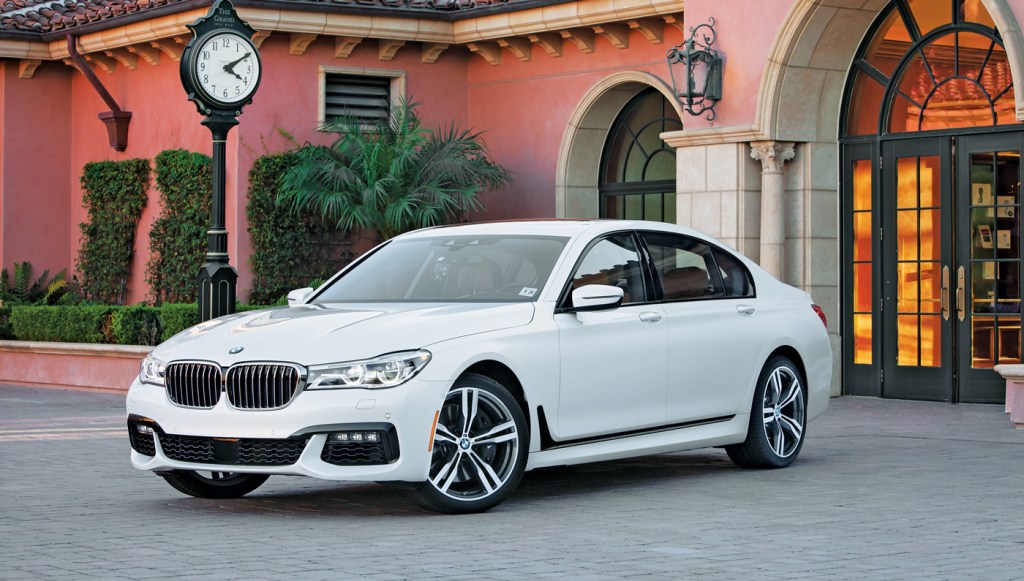 When our judges ranked the BMW 750i xDrive highest among the large luxury sedans in this year’s competition, they favored it over cars that cost roughly two (Mercedes-Maybach S600) and three times (Bentley Mulsanne Speed) as much. Tara Maw described it as “the ultimate controlled luxury sedan” in reference to such new features as Gesture Control, which enables you to accept and reject calls and adjust the stereo volume using hand motions. Michele Eddy said the 750i xDrive is “stellar in all ways” and that “technologically, it’s a dream.”

The 7 Series may not be as plush as the Bentley or Mercedes-Maybach, but many judges, including Brad Blettner, said it strikes the right balance between pragmatic and luxurious. He called it “practical luxury.”

The 750i xDrive is equipped with all-wheel drive and powered by a twin-turbocharged V-8 that generates 445 hp and 480 ft lbs of torque. “The ride is very smooth, and the car is responsive, which is impressive considering how big it is,” said Greg Kadens. Indeed, all of the new 7 Series variants available in the United States are long-wheelbase models (BMW has dropped the “Li” designation), and judges noticed the extra space. Diane Zeiger suggested the car “could fit a basketball team in the back seat.”

“A respectable way to navigate the concrete jungle, whether you’re behind the wheel or in the rear seat. On the road it’s a great sedan, but it has a few too many gimmicks for my taste.” —Robert Ross, Robb Report automotive consultant