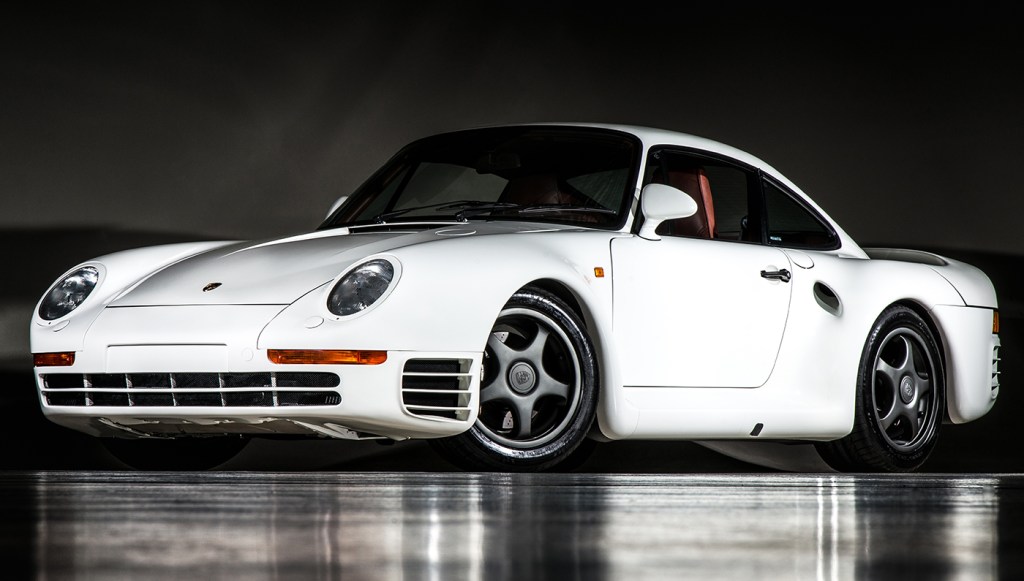 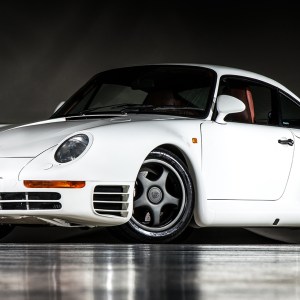 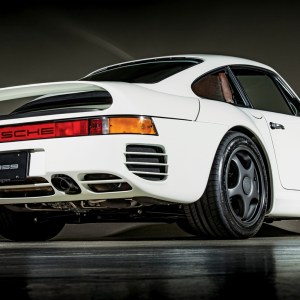 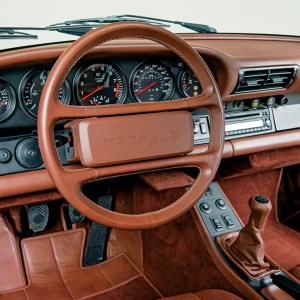 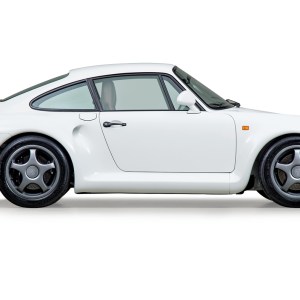 Bruce Canepa eased his white Porsche onto a highway on-ramp and stabbed the throttle with his foot. The tires hooked up, our heads snap-ped back, and the scenery blurred, evoking the moment in Star Wars when the Millennium Falcon leaps into hyperspace. “This is the ultimate Porsche 959,” Canepa declared through a Cheshire Cat grin.

He would know: The former pro racer may be this country’s foremost expert on the 959, Porsche’s first supercar. The company built only 292 examples of the production model from 1986 through 1988 (and as many as eight more in 1992 and ’93), and with it introduced such innovative features as sequential twin turbo-chargers, a suspension system (for the Komfort variant) that automatically adjusted the car’s ride height to enhance stability, and an all-wheel-drive system that adjusted the torque distribution between the front and rear wheels under hard acceleration or in accordance with the road conditions. The Sport variant of the 959—which featured a lighter coil-over-shocks suspension—could rocket from zero to 60 mph in 3.6 seconds and achieve a top speed upwards of 197 mph, making it the fastest production vehicle of its time.

Canepa’s eponymous car-sales, -customization, and -restoration business, located near Santa Cruz, Calif., offers an overhauled version of the 959 like the one he was driving. He believes the Canepa Generation III 959 realizes Porsche’s ultimate vision for its groundbreaking machine.

The Gen III begins as an original and preferably low-mileage 959 sourced by Canepa or provided by the client. The Canepa team then performs a nearly complete rebuild that includes modifying the car’s original 450 hp flat-6 with screaming twin turbochargers from Borg-Warner, rendering the engine capable of producing 763 hp and 635 ft lbs of torque.

“The car started with 450 hp, but Porsche’s engineers were building a racecar that could handle up to 750, so in many ways the car is now finally what it could have been,” said Canepa. Porsche developed the 959 as a Group B rally car and put it into production to satisfy FIA homologation rules. It also built a racecar variant, the 961, which debuted at the 1986 24 Hours of Le Mans.

In addition to boosting the 959’s engine, Canepa updates the sus-pension so that the car rides more smoothly. The price of a Gen III upgrade varies depending on the condition of the original car and how much refurbishment it requires, but it will cost in the same range as a high-end European exotic. On top of that is the price of the Porsche 959, which can range from roughly $1 million to close to $2 million.

When it was in production, the Porsche 959 was not certified as street legal in the United States, and so it was not available in this country. In the late 1990s, Canepa helped Microsoft cofounders Bill Gates and Paul Allen—both fans of the 959—successfully lobby Congress for the passage of the Show or Display legislation, which established guidelines for legally importing cars to the United States that do not meet federal safety standards. Because the 959 is now more than 25 years old, the regulations no longer apply, and the car can be driven on U.S. roads as long as it meets state emissions standards.

Once 959s started arriving in the United States—it’s believed that about 50 have made it here—Canepa began modernizing examples of the once state-of-the-art coupe. Initially he swapped out the turbos and improved the fuel-injection components. For the Gen II 959, he also tweaked the engine-management system. “Gen II really woke the car up,” said Canepa. “That one was 2.9 seconds, zero to 60. It squats, and it’s gone.”

During the highway romp, he used his manual-shifting prowess to show how the Gen III can reach 60 mph in 2.5 seconds. “I love the new hybrid supercars,” said Canepa, who also owns a McLaren P1 and a Porsche 918 Spyder, “but they require total focus and can be dangerous in the wrong hands. Besides, it’s hard to do this in them.”

Because of its rarity, innovative engineering, and performance capabilities, the Porsche 959 is highly coveted by car collectors in general and Porsche aficionados in particular. Especially in recent years, the car’s allure has grown. Though the 959 was a technological triumph for Porsche—and much of its technology would eventually trickle down into later models—it was a financial failure during its brief production run.  —Larry Bean

◗  When purchased new in 1986 in Germany, a Porsche 959 sold for what would be the equivalent of about $420,000 today. However, Porsche reportedly lost a significant amount of money on each sale because of the cost of building the car.

◗  According to the collector-car-insurance company Hagerty, the average value today of a 1986 Porsche 959 Sport is just over $1 million. In the last 3 years, the value of a concours-condition 959 Sport has nearly tripled, from about $625,000 to $1.85 million.

◗  Porsche is said to have built a total of 337 examples of the 959, including 37 prototypes, preproduction models, and as many as eight examples that were constructed in 1992 and ’93 from leftover parts.