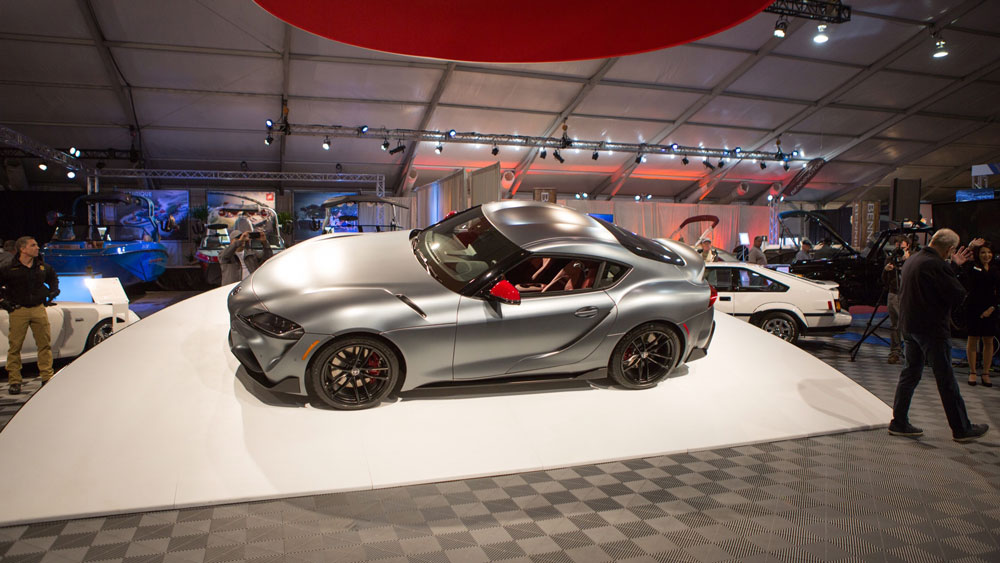 Collectors want to own the first of everything and when it comes to cars, nabbing that precious “1” on the VIN means bidders are willing to pay dearly. The latest proof? The first production model of the 2020 Toyota Supra GR, which made its debut at the 2019 North American International Auto Show in Detroit on January 14th, went under the hammer at Barrett-Jackson’s Scottsdale auction this week for $2.1 million.

If you’re thinking, “Dear lord, that is a lot of money for a Toyota,” you’re entirely right. Considering the new Supra is priced starting at $50,000—for the 3.0-liter straight six, the winning bidder could’ve nabbed 42 Supras instead of the first one. But all the proceeds went to charities, including the American Heart Association and the Bob Woodruff Foundation, which supports military service members, veterans, and their families.

Aside from bragging rights as the owner of the first new Supra made, the winner gets the car dipped in an exclusive one-of-one color package, melding a matte grey exterior with red mirror caps and matte black wheels. The interior continues the red and black motif with pops of carbon fiber. The VIN is 20201, with the “2020” bit representing the model year and the 1, representing its spot in the production line.

Also included is an engine cover, featuring Toyota CEO Akio Toyoda’s signature, a full VIP racetrack experience including a custom racing suit, hot passes to the Toyota Owner’s 400 in Richmond, and a chance to drive the pace car with Michael Waltrip. (We hope Waltrip’s doing the actual wheeling there.)

That wasn’t the only first production car Barrett-Jackson auctioned off. A brand spanking new Ford Mustang Shelby GT500 fetched $1.1 million, again with all the proceeds heading to charities. The winner of that coveted prize? Craig Jackson, Chairman and CEO of the auction house.