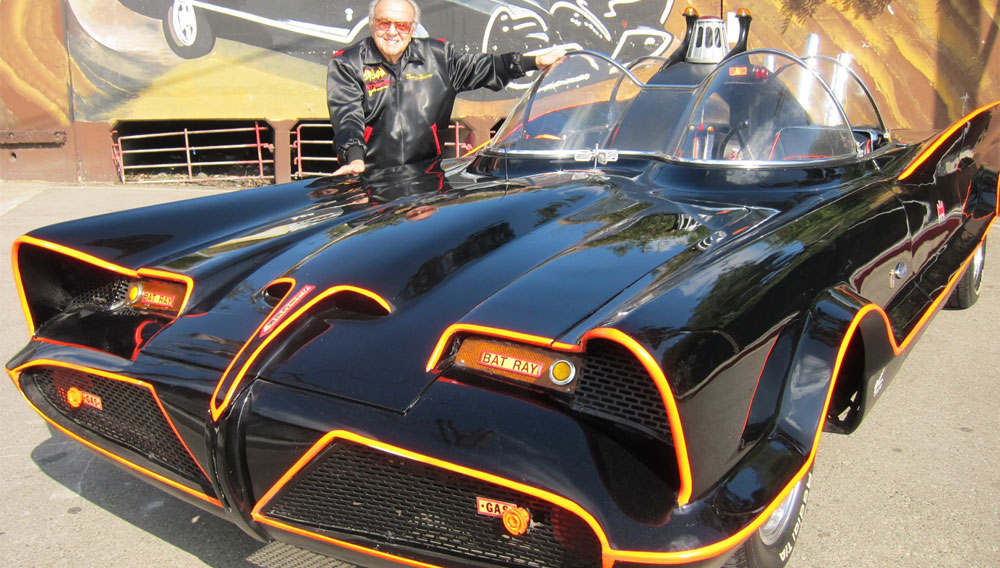 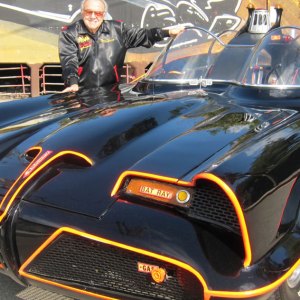 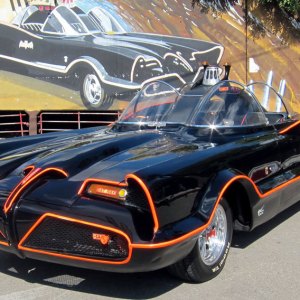 A 1955 Lincoln Futura that became the famous Batmobile in the 1960s television series and movie will be on the auction block at Barrett-Jackson’s 42nd annual Scottsdale car auction on January 19, along with numerous other collectible cars.

The black Batmobile, outlined in bright orange, looks as fresh as it did when actor Adam West drove the car as Batman in the movie. It was heavily modified from its original condition by customizer George Barris to become the Batmobile, and has spent nearly a half century as part of Barris’s personal collection. He bought it in 1965 from the Ford Motor Company for one dollar, and this is the first time it has been for sale since then.

Built and customized in 15 days on a budget of $15,000, the Batmobile features a 390 cu in 1956 Lincoln V-8 engine and a B&M Hydro Automatic transmission. Other features include gadgets such as Bat Smoke, an Antenna Activator, a Remote Batcomputer, a Bat Photoscope, an Anti-Fire Activator, a Bat Ray Projector, and countless other crime-fighting devices. The car can also perform a stunning 180-degree turn thanks to two rear-mounted 10-foot Deist parachutes.

“There are only a few things in life that are able to capture the soul of an era, and the Batmobile by George Barris did exactly that,” says Steve Davis, the president of Barrett-Jackson. “There are the real fans who will strongly advocate, ’til this day, that coming home to watch the Batmobile soar out of the Batcave defines a lot of their first childhood memories.” (480.421.6694, www.barrett-jackson.com)