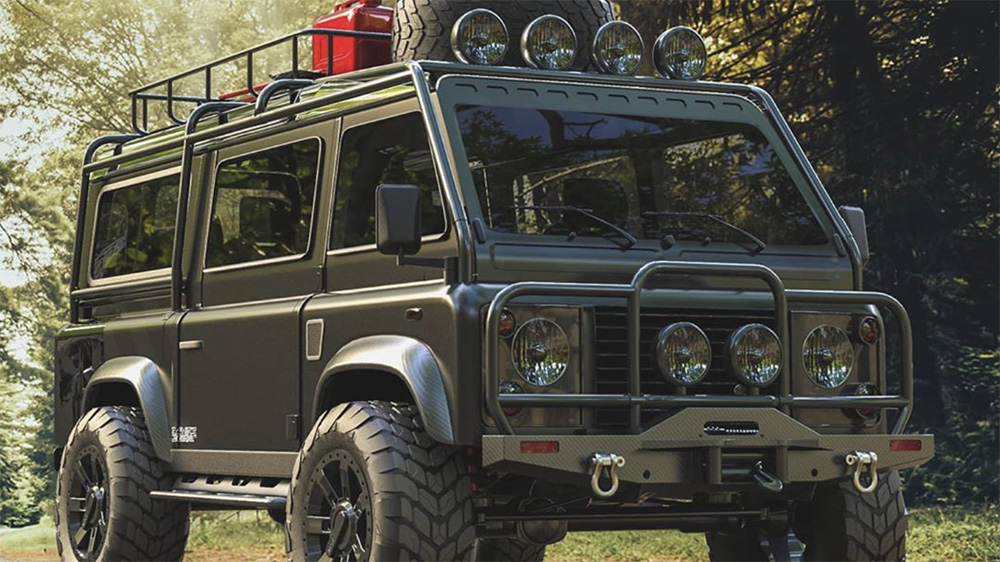 The classic Land Rover Defender is an icon. That’s why the automaker introduced a brand-new version of the SUV last year. But as cool as the latest iteration may be, it’s hard to improve upon a classic. But that didn’t stop Samir Sadikhov from trying.

The Germany-based automotive designer has whipped up an unofficial Defender Concept Van that we wish was real. Sadikhov has taken the legendary retro Defender 4×4 and turned it into a stylish camper van that still looks rugged enough to survive the end of the world.

What is so effective about Sadikhov’s design is how it makes use of the Defender’s old-school design. He’s taken its boxy shape and used it as a starting point to have some fun. The main difference between his concept and the actual SUV is that the driver’s cabin has been extended so that the windshield starts at the very front of the vehicle. A simple tweak that also feels surprisingly natural.

But renderings of the design show that that modification isn’t the only thing Sadikhov’s changed. The van is based on the three-door Defender 90, but has had its track widened and its wheelbase extended to 110 inches. He also covered the vehicle with an external roll cage, fitted it with a roof rack for survival gear and added wheel fenders to cover its knobby, off-road tires. Despite these changes, the designer also held on to some Defender trademarks, like its round head lamps, spotlights and grille bar, that make its origins clear. There are no images of the vehicle’s interior, but we’d imagine that it’s a lot roomier than before and might even have room for a bed and kitchenette.

As this Defender is an unofficial concept, there’s little chance that Sadikhov’s Defender Van will make it to the road any time soon. But here’s hoping that Land Rover, or a particularly adventurous custom shop, see it and make it a reality.