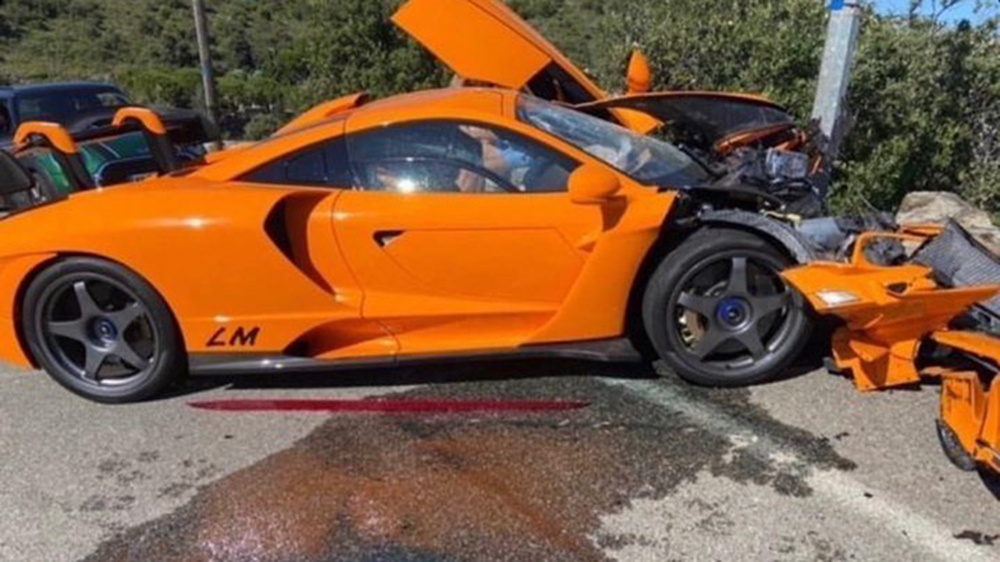 Sure, hypercars are sexy, but their power and speed can overwhelm even the best drivers among us. Just ask former F1 racer Adrian Sutil.

This past weekend, the retired German race car driver badly wrecked an orange McLaren Senna LM on the streets of Monaco, according to Autoevolution. And while crashing any car is a bummer, it’s even worse when you consider how exclusive this unofficial Senna variant is: It’s believed to be one of only 20 ever made.

The former Force India and Sauber F1 driver appears to have been driving his exclusive ride around the sovereign city-state when he crashed right into a light pole, according to reports on social media. While it’s not yet clear what caused the crash, the car’s front seems to have gotten the worst of it. Photos show the front of the vehicle turned to a jagged mess of shattered glass, torn up fiberglass and squashed mechanical bits.

One piece of good news, though: The passenger capsule looks undamaged, suggesting that Sutil escaped without serious injury. He has yet to make any public comments since the accident.

The Senna LM is a street-legal version of the track-only Senna GTR built to commemorate the F1 GTR’s win at the 24 Hours of Le Mans in 1995. While it’s never been officially announced, McLaren is believed to have built 20 examples for some of its most valuable customers. And if you’re looking for a reason why a seasoned driver like Sutil may have struggled to control the car, no one will know until Sutil surfaces. One possible culprit may be its specially tuned V8, which delivers a whopping 800 horsepower to the car’s rear wheels. Even for someone who’s driven an F1 racer, that’s a lot of power to handle, especially if the roads are compromised in some way. Of course, we won’t know what happened for sure until Sutil resurfaces.

While there’s been no update about how much damage the $1.64 million hypercar sustained, chances are it wasn’t completely totaled. But one thing we know for sure: It’s going to take a lot to get this supercar back on the road. We’re hoping it’s a faster and easier process to get Sutil back in the driver’s seat.