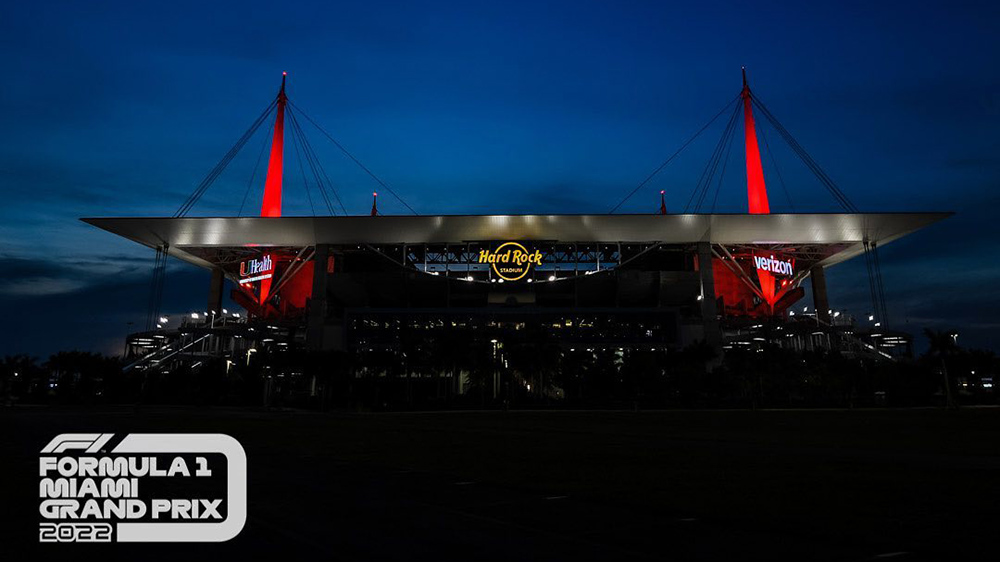 As Will Smith’s backing singers cooed way back in 1997, “Bienvenidos a Miami.”

The 2021 Formula 1 season may barely be at its halfway point, but planning for next year is already well under way. And one of the biggest days on the upcoming calendar will be the championship’s first-ever race in Miami.

Months after announcing that there would finally be a Miami Grand Prix, Formula 1 CEO Stefano Domenicali has confirmed that, barring further pandemic-related complications, the race will be held next May, according to Planet F1.  The race will be one of two held in the US next year, along with the United States Grand Prix held in Austin, Texas, and the first held in the Sunshine state since 1959.

“We can confirm that the much-anticipated Miami Grand Prix will happen in the first half of May, and demand for tickets is high, even though sales have not officially started,” the executive said during a recent investor call.

The latest addition to the Formula 1 calendar won’t be a one-off event. Formula 1 has entered into a 10-year contract with race organizers, the organization announced in April. The race will be held on a brand-new, semi-permanent course built at the site of the Hard Rock Stadium in Miami Gardens, the home of the NFL’s Miami Dolphins. The circuit will cover 3.36 miles, feature nice curves and top speeds should hover in the 200-mph zone, according to race organizers.

Although the full 2022 Formula 1 race calendar won’t be released until the fall, it’s believed that the Miami Grand Prix will take place during the same month as the competition’s crown jewel, the Monaco Grand Prix. As of now, it’s also unclear if the new race will just be an addition to the schedule or if it will supplant an existing race like the Turkish, Japanese or Brazilian Grand Prixs, all of which could be candidates for replacement, according to Planet F1.

Whichever it is, Miami will be just the 11th location to host a Formula 1 race in the US. Along with Austin, other locations include Indianapolis; Sebring, Florida (which hosted the state’s only other F1 race in 1959), Riverside, California; Watkins Glen, New York; Long Beach, California; Las Vegas; Detroit; Dallas and Phoenix.

Even if the competition decides to leave Austin after next season when its contract runs out, American Formula 1 fans won’t have to worry about leaving the country for racing action for years to come.