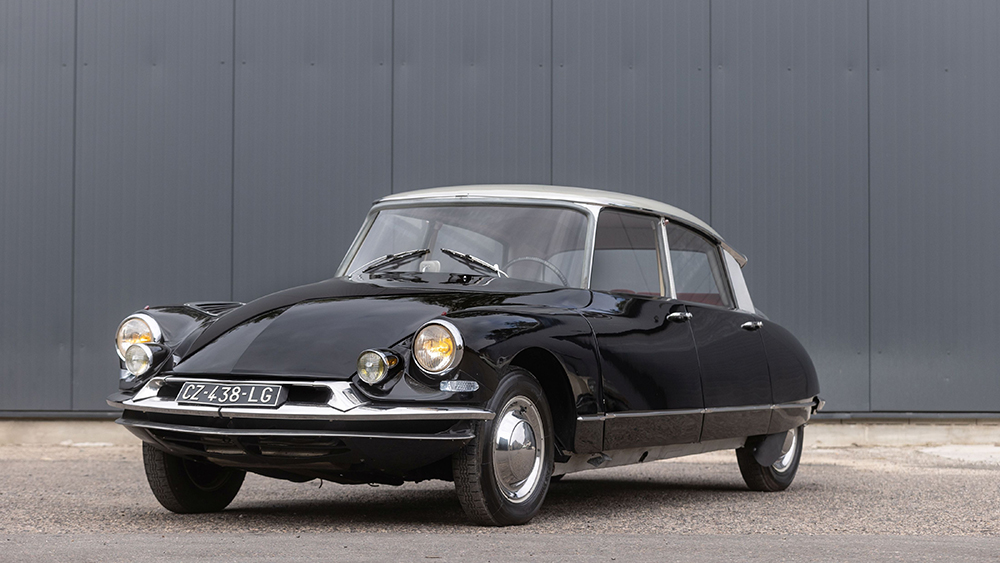 Calling all Francophiles: A curated collection containing the crème de la crème of French cars is going under the gavel this month.

The rare classic rides, which will be auctioned by Artcurial starting November 4, were amassed by French magnate Richard Romagny of Liore Industrie. The avid car enthusiast has competed in the Dakar Rally no less than three times, and, evidently, has a deep affinity for his home country’s four-wheelers.

The sale, which is aptly titled A French Collection, has been described by the Parisian auction house as “a tribute to French marques and the best of French engineering.” Indeed, Romagny’s haul features rarities from the most iconic Gallic nameplates, including 37 Citroëns, 24 Peugeots and 13 Renaults, to name but a few.

First and foremost, there are five examples of the Citroën DS on offer. The sleek luxury sedan, which was introduced in Paris back in 1955, has been labeled the most beautiful car of all time by a handful of world-renowned auto designers. Lot 70, in particular, showcases that effortless French elegance. Sporting a black exterior with a metallic bronze roof and red interior, the pristine 1961 Citroën DS was treated to a full service in January this year and has just 43,000 miles on the ticker. As such, the stunner is expected to fetch between $46,000 and $69,500 (€40,000 and €60,000).

The pick of the Peugeots, meanwhile, is a drop-top hailing from 1956. Immaculately restored, it represents the most sought-after version of the Peugeot 203 with a very rare French supercharger by Constantin. The cabriolet is also finished in a striking yellow hue that highlights the coachwork and signature curves. It’s expected to fetch between $81,000 and $104,000 (€70,000 and €90,000).

Romagny is even parting with a few non-French cars. Most notably, the 1998 Toyota Land Cruiser which he raced in the Dakar and a coveted silver 1959 Mercedes-Benz 190 SL. Both are expected to hammer down for more than $150,000 (€130,000). There are also a couple of Cadillacs and Chevvys on offer, just for good measure.

You’ll have to act fast to acquire this French collection, though. The auction will wrap up on November 22.