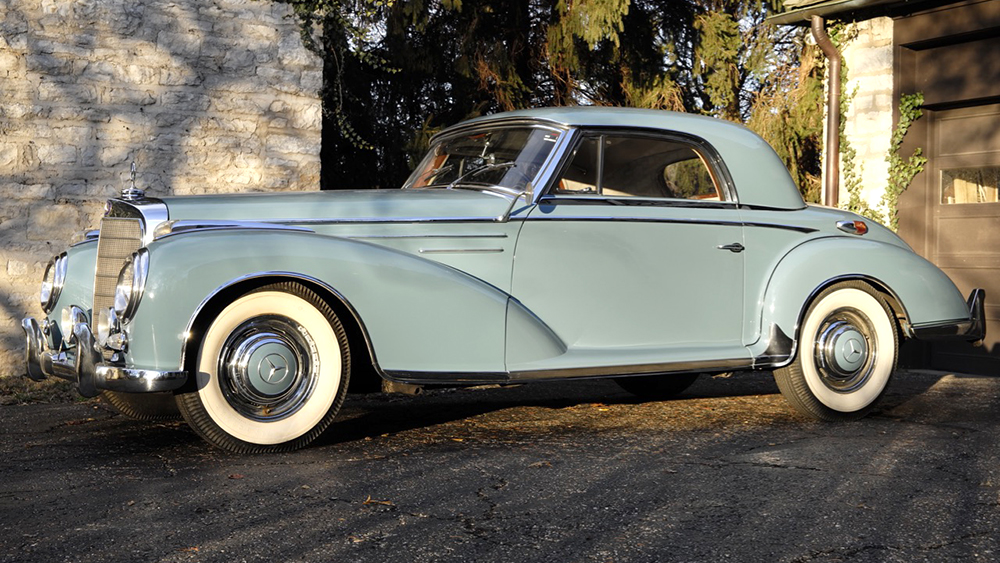 This 1957 Mercedes-Benz 300 Sc Coupe is rare for a heap of reasons, which explains the high demand for the eye-catching blue beauty on Bring A Trailer. As of press time, the bidding was well above $250,000 and climbing (with only a couple of hours left).

Why is it so special? First, only 98 such models were built, so you’re more likely to see this car’s brethren in a museum than on a road. Secondly, the Sc denotes a special higher performance version of the 300S. It features a direct fuel-injection system for the 175-horsepower inline-six, a system inspired by the 300SL Gullwing’s similar setup that debuted just a year or two before. (Another performance package inclusion was the low-pivot independent rear suspension.) But lastly, it is a one-car owner that was serviced by the “same factory-trained technician for 35 years at the original dealership and then at the mechanic’s home following his retirement,” per the listing.

That’s an absurdly special thing, and just imagine how well maintained this car is. According to the seller, the mechanic would pick the car up from its home in Kentucky and drive it back to Indianapolis, where it was originally sold, for service. Included in the sale is a factory service booklet with entries through March 1963, showing the car had a mere 24,000 miles on it then.

The “Einspritzmotor” badge on the back denotes this numbers-matching 3.0-liter engine has the fuel-injection. That powerplant was mated to a column-mounted four-speed manual transmission. The paint is Hellblau 334, a repaint of a light blue factory hue, as per the stamped firewall tag. The need for the re-spray was due to thinning of the original paint as a result of repeated polishing. That tidbit comes directly from that loving mechanic, who remembers doing the work.