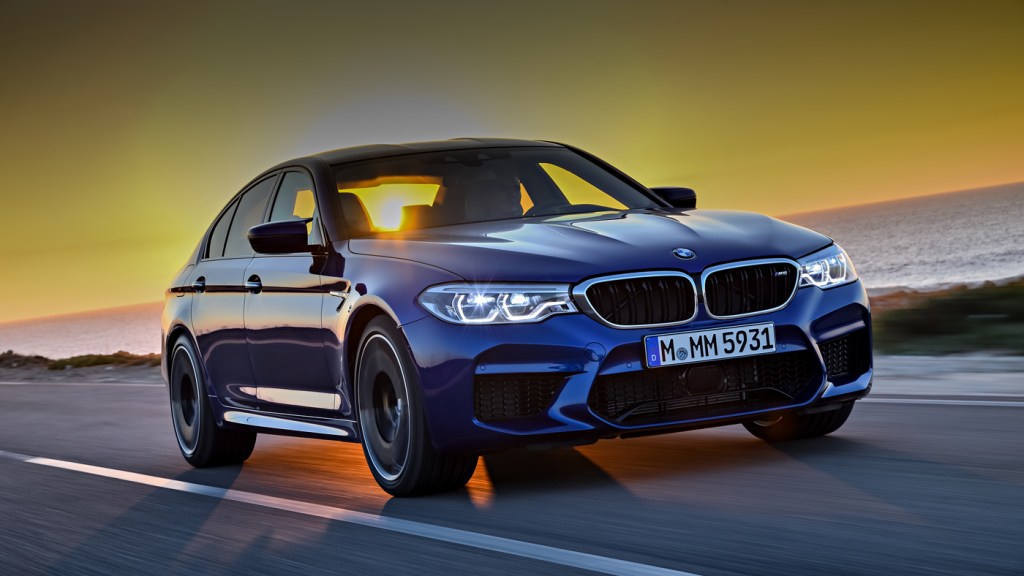 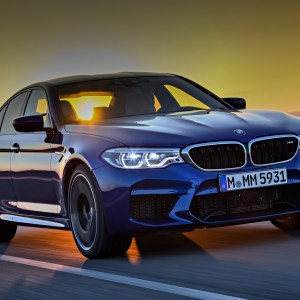 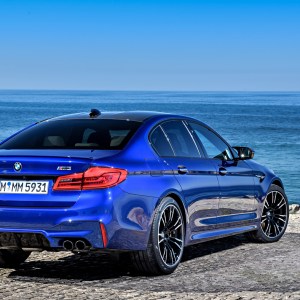 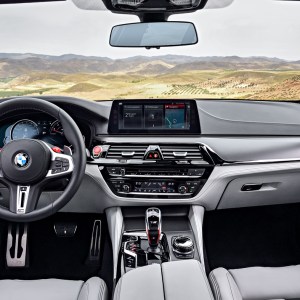 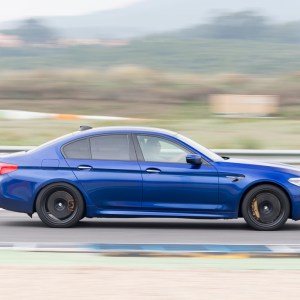 When it comes to fast four-door cars that retain an air of dignity, the BMW M5 has always been the standout. It’s a physically gifted warrior in a perfectly tailored suit. The sedan in which you give your CEO buddies a lift to lunch, then lay waste to back roads when the work day is done.

The last generation car, however, stumbled. The F10 car, as it was known internally, was faster than ever, but it felt remote. It had no real fire in its belly. Too robotic, less than emotional. We just drove the new M5, the F90 generation, and are happy to relay that the fire has returned. The executive race car is back in all of its glory.

BMWs have always danced the line between joy and precision. And if the previous car veered to stoicism, the 2018 M5 corrects itself beautifully. On paper, we might have worried. This is the first all-wheel-drive (AWD) M5. In fact, it’s the first AWD in an M sedan or coupe. There is no manual transmission offered. And the 4.4-liter V-8 has two turbos affixed. Gone are the days of the raspy, naturally aspirated V-8 or the monstrosity of a V-10 found on previous generations.

And yet we found both the joy and precision in our very first laps around the Estoril racetrack in Portugal. (Leave it to BMW to prove that the M5 can stand up to a racetrack by running it on a former F1 circuit.) The V-8 starts with a hearty whump. Heading out of the pits and on to the track, one could feel the power unspool seamlessly, a steady buildup of momentum as the 553 ft lbs of torque comes on at a low 1,800 rpm, and the full 600 horsepower is accessed between 5,600 and 6,700 rpm. It’s worth revving this sucker, as a speed of 62 mph comes on in a claimed (and probably conservative) 3.4 seconds.

For cars carrying 600 hp, it’s understandable why a marque wants to install AWD. The M5 will see plenty of buyers in snowy Connecticut after all. But too often, AWD systems shut down the fun. The new system, which BMW is calling M xDrive, is trick. In combination with its traction and stability modes, it allows the driver a vast array of sport modes. The latter selections range from sedate, to hardcore track driving, to a “rear wheel” mode where all of the torque is directed to the aft tires. Want to drift? That setting is the one.

If you’re lucky enough to find yourself on a racetrack, you can learn a lot about the way a car handles by its ability to handle long, curving corners. The Estoril racetrack serves up several such extended sweepers. Set to hardcore M Dynamic Mode—in which the car allows significant tire slide, but with the stability control waiting in the wings just in case—the M5 stuck magically to a parabolic line. Add in a little gas and the rear slides out a bit; lessen the gas and the nose follows the line again. It allows a knowledgeable driver to play using the right foot alone. That is a bit of BMW magic we thought we’d lost after the previous iteration. (It’s hell on tires, though. If you plan on taking the M5 to the track, plan on investing in a spare set—or three.)

The steering is good again, too. The marque has always been famous for its sense of “feel” in the steering, and you need that sense to be able to slip-slide around the track. This time, they nailed it.

The car weighs less than the last gen M5, despite the added weight of the AWD, thanks to a composite roof and lots of aluminum. Opt for the extraordinary carbon-fiber brakes, and you’ll also shave a bunch of pounds where it matters most.

Most M5s will spend very little, or no, time on the track, so it better be good on the real road. And it is. Like many sports-minded carmakers, BMW has given a lot of attention to stiff suspensions. The resultant downside, however, is that the cars tend to beat you up. The M5’s suspension is best in comfort mode, even on winding mountain roads. There’s very little body lean, but the bumps are soaked up before they hit your butt. The transmission, an 8-speed torque converter, is also much easier to live with than the previous hard-shifting double-clutch transmission.

And, finally, it looks good. The lines are crisp, the M embellishments tastefully done. The aero body refinements are there for a reason, like buttons on a sleeve that actually work on a good suit. Welcome back, road warrior. We missed you.