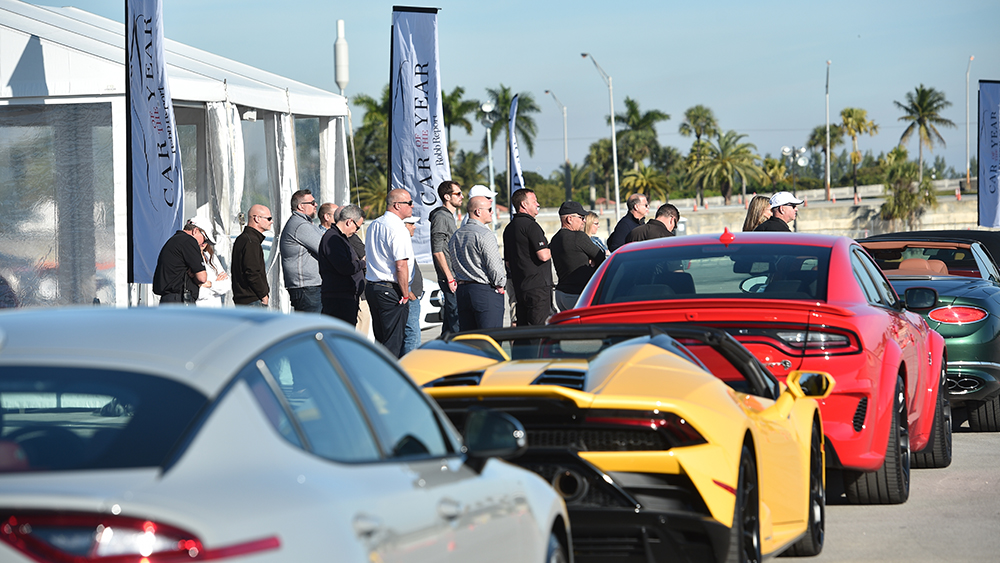 The editors of Robb Report have bravely asked me to cast a cold eye over the results of previous Car of the Year contests and tell you where they goofed up. I guess I can make some faint claim to the judicial independence required for this task. Yes, I’m a proud Robb Report contributor and wish to remain so. But living in England, I haven’t yet participated in Robb’s annual luxury-car test to end them all. I’ll try not to let envy sharpen my judgment.

The overall winners are mostly hard to argue with, although I wouldn’t have given last year’s win to the Lamborghini Urus, on the grounds that it’s an SUV and thus fatally flawed to a stubborn purist like me. But that just shows the value of having Robb readers judge Car of the Year, as they’ve done since 2005. They vote for what people actually want to drive, rather than what ivory-tower motoring journalists like me think you should. Their choice of the Urus reflects the explosive growth of the super-premium SUV market.

In fact, for the real howlers you have to go back to when Robb’s professional testers still influenced the decisions. In 2004, a Maybach 62 somehow ranked higher than a Rolls-Royce Phantom. Within a few years, that attempt at reviving the Maybach brand had itself died, whereas the peerless new Phantom went on to spawn an entire range of new Rolls-Royces. I tested both at the time and can’t explain why the seminal new Rolls was outpointed by what looked and felt like a bloated Mercedes S-Class.

Looks might explain how in 2000 the Aston Martin DB7 Vantage somehow beat both the Ferrari 360 Modena and the BMW M5, cars that simmered with tech and defined their classes at the time. The creaky DB7, by contrast, was based on a Jaguar XJS chassis from the 1970s. But it was clothed in bodywork by designer Ian Callum and described by one critic as having “an automotive beauty we see once in a generation.” I can only assume the judges were sufficiently smitten with the car’s styling to ignore its dynamic failings. The DB7 is remembered as the car that saved Aston with its sales but not as a great car to drive.

Testing a BMW for Car of the Year 2020.  Courtesy of Stewart Cook

And back in ’94, the Mercedes-Benz C280 sedan ($34,900) beat the Porsche Speedster ($60,000). That was a good call at the time. It’s harder to make a great sedan—which has to do lots of things well—than a great sports car, which just has to look great and go hard. And with its cut-down screen and get- you-home roof, the open-air Speedster was a particularly compromised sports car. So props to the judges for getting that one right. My issue is with the relative values of those cars now. If you can find a C280 that someone has bothered to keep in concours condition, you won’t pay more than $8,000 for it—normal for a car of its type and age. But you’ll need at least $200,000 to buy the Porsche, the market having gone crazy for low-volume, special-bodied 911s. Car of the Year isn’t meant to be investment advice, and nobody was ever choosing between the two. But still, ouch.

And while I respect the editors’ instinct to mix things up by including left-field contenders beyond the usual supercar superpowers, these interlopers’ performance has been abysmal. Since 2000, when the candidates started being ranked from first to last, American cars have finished plumb last in 10 of the 16 years in which they’ve competed, taking the bottom two spots on four occasions. Not that a Brit like me can afford to be smug. The US would have finished last on three further occasions had it not been for the rather optimistic inclusion of two Morgans and a Lotus.

But this is Robb Report, not Consumer Reports, and Car of the Year is a celebration of automotive variety as much as it is a test of quality. The team here entered a three-wheeled car like the Morgan for its entertainment value—the rare opportunity for enthusiasts to drive a three-wheeler—and not because they expected it to win. I just hope my judgment on their judging hasn’t wrecked my chances of one day joining them.