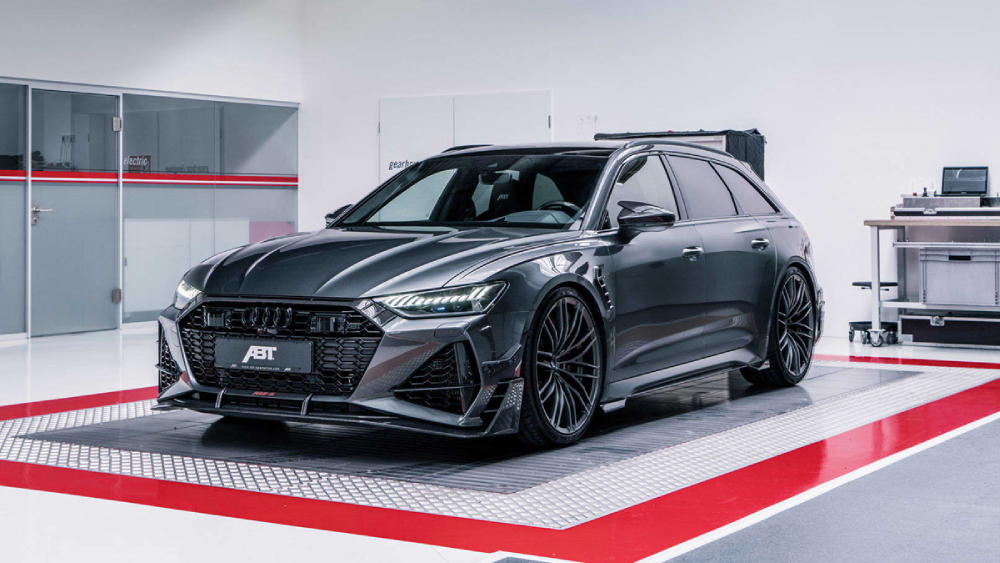 Courtesy of ABT Sportsline

Once again, ABT Sportsline’s upgrades have managed to make powerful improvements to Audi’s lineup.

The luxury car tuning company––which focuses on automakers within Volkswagen Group––has altered Audi’s RS6 Avant and turned it into a souped-up version entitled the RS6-R. Limited to 125 exclusive units, those upgrades lend the station wagon the heart of a sports car.

Exterior tweaks include a reworked front grille and a number of carbon fiber components designed with aerodynamics in mind, such as the front lip, front grille frame add-on, rear skirt add-on, side skirt attachments and fender inserts. The rear is likewise enhanced with a stainless steel exhaust system featuring four carbon end pipes to lend the family-oriented vehicle a sporty touch. The same can be said of the weight-optimized 22-inch ABT High-Performance HR wheels made using a flow-forming process.

But ABT did more than adjust the exterior aesthetics. It took equal care with the car’s performance. It ramped up the overall output, raising the original 591 horsepower and 590 ft lbs of torque to an impressive 690 horsepower and 649 ft lbs of torque. Optional cabin upgrades include carbon dashboard covers and seat frame covers. Like those found along the front head of the vehicle, the ABT logo and the small number of cars set to be manufactured are sprinkled throughout, such as on the door sill.

This project marks the first time the Avant will be available in North America, so it also presents an opportunity for ABT to expand its name in a new market.