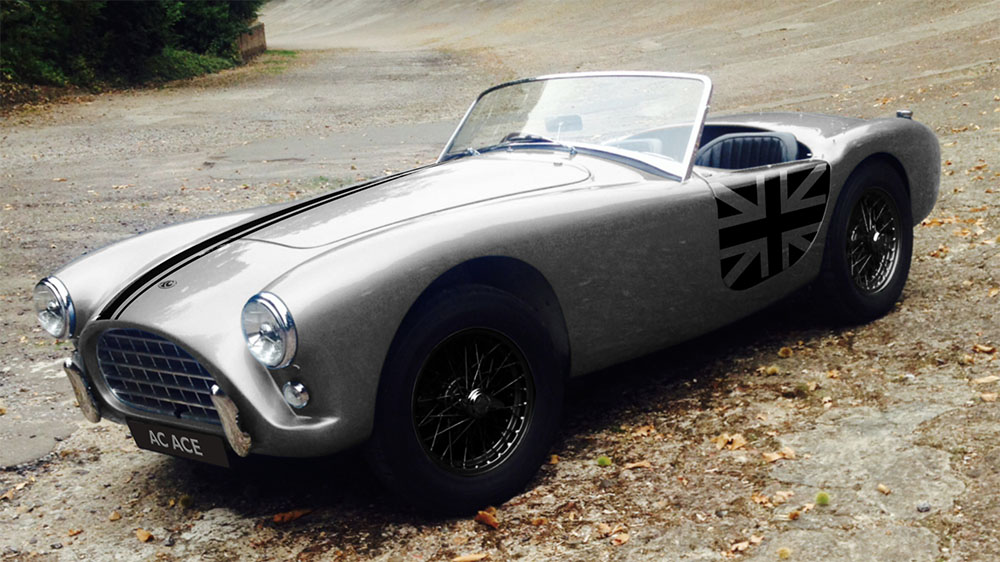 It remains to be seen whether the recently resurrected AC Cars’s latest owners can turn it into a profitable venture, but at least they’re getting some gorgeous cars back on the road.

The marque has just announced its latest model, the Ace RS electric (emphasis theirs). But the new model isn’t just an electrified version of a classic AC, it’s an electric version of the car that the legendary Shelby Cobra is based on.

Introduced in 1954, the Ace was the defining British sports car of the post-war period. Despite its popularity, the two-seat roadster was equipped with an underpowered 2.0-liter straight-six that dated back to before World War II. In 1961, a more capable Ruddspeed variant, the RS, with a bigger 2.6-liter straight-six was released, but it wasn’t enough to fend off discontinuation. Around this time, Caroll Shelby asked AC’s owners if they’d be willing to build him a car modified to hold a V-8. After some adjustments to the Ace RS’s front fascia, the Shelby Cobra was born and the rest was history.

The Ace RS electric looks identical to the Ruddspeed variant, with the iconic extended nose, round headlights and curvaceous fenders. Of course, there’s a pretty radical change lurking under its hood—a fully electric powertrain. This may send some purists into a tizzy, but like AC’s Cobra Series 1 electric before it, its zero-emission powertrain is impressive: It can generate 308 hp and 184 ft lbs of torque. There is a big difference between the two EVs, though. The newer model features a smaller 38 kWh battery pack that lowers its weight by 400 pounds, allowing it to zoom from zero to 62 mph in 5.5 seconds, which is more than a second faster than the Series 1. The range has also been bumped up from a lackluster 150 miles to a much more respectable 200 miles.

The Ace RS electric is available to order now through the AC website. It starts at $179,000, which is $8,000 more than the Cobra Series 1 electric. But move quickly, because only 37 versions of the new EV will be built. Why so few? That’s how many Ruddspeed versions were made before production of the Ace finally ended.

And if you’re still on the fence about electric restomods—well, they don’t come more official than this.