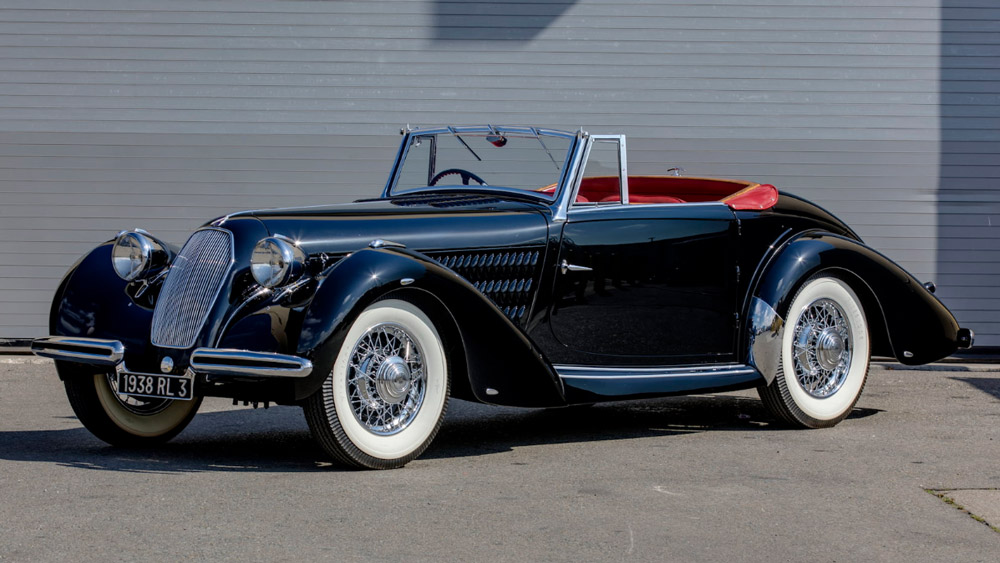 During the early 1980s, the late Richard Stephens, then president of the Academy of Art University in San Francisco, saw a disturbing trend emerging within the automotive industry. From his vantage point, modern day automobiles lacked the soul that characterized classic designs from the early 20th century. “You see it in the craftsmanship of these cars of the thirties,” Stephens told Robb Report back in 2013. “You feel the man and the woman who worked on that car. It has a human touch there, and that’s what seems to be missing from some cars now.”

Stephens, who was already an accomplished car collector at that time, brainstormed a remedy. He bequeathed his private collection of classic cars to the university—a school that his parents founded in 1929—so that professors in the university’s various departments could utilize the Duesenbergs, Packards, and Bugattis as teaching aids.

“I’m trying to open our students’ eyes to how fabulous the design and integrity was in the [1920s and] ʼ30s, as the country became the great thing that it is,” Stephens said. “We want our artists to be great designers, so they can do anything. I’d like them to have pride in beautiful things and to care for beautiful things, because if we’re not careful, we’ll lose our history. Who knows what’s going to happen to these cars; you can’t replace them.”

Later this week, auto enthusiasts and fellow collectors will have a say as to what happens to 45 of the university’s vehicles. Stephens’ daughter, Elisa (the school’s current president), is selling a small portion of the collection during Mecum Auctions’ Las Vegas sale, to be held November 15 through 17. Proceeds from the auction of these cars—which carry estimates ranging from $15,000 to $1.25 million—will help Elisa to finance transforming the remaining collection into the San Francisco Automobile Museum, which will soon be open to the public.

A doozy of a Duesenberg.  Photo: Courtesy of Mecum Auctions.

One of the most eye-catching cars to cross the block, a 1930 Duesenberg Model J Dual Cowl Phaeton may also challenge for most valuable lots of the entire auction, as it’s estimated to sell for more than $1 million. The automobile was previously owned by noteworthy collectors Jerry J. Moore and Sterling McCall, and it made an appearance at the 1979 Pebble Beach Concours d’Elegance in the “new coachwork” class. “The quality of the restoration is amazing,” says Rob Williams, a specialist at Mecum Auctions. “The car was restored approximately 40 years ago, and it still looks as good as it did then.”

Good looks also characterize this 1934 Packard 1108 V-12 Sport Phaeton, which is equipped with its original 446/160 hp, 67-degree L-head V-12 engine. Despite those powerful components under its hood, the example’s most alluring feature is its coachwork by Fran Roxas, which was designed in the style of LeBaron. “Richard Stephens purchased the car in 2009 for the same reason that he bought the Duesenberg—to show his students at the Academy of Art University the quality of ‘new coachwork’ that can be done today,” says Williams. “This example is absolutely stunning at every angle you look at it.”

The posh Pierce-Arrow being presented.  Photo: Courtesy of Mecum Auctions.

Prospective buyers who wish to own a trailblazing piece of the university’s collection will likely be drawn to the 1935 Pierce-Arrow Model 1245 Silver Arrow, a rare example of a car that was considered one of the finest of its day. “This was the first Pierce-Arrow purchased by Academy of Art University in 2004,” Williams explains. “This beautifully restored example is only available now because, in 2012, the Stephens family purchased the famed 1933 Silver Arrow which is still on display in San Francisco.” It is anticipated to sell for as much as $300,000.

Like the above-mentioned Duesenberg, the 1938 Talbot-Lago T120 Roadster on offer is expected to sell for more than $1 million. Unlike standard T120 models, this example features an extended engine bonnet and lengthened rear section—two features that, when combined, create an illusion of even greater speed. “Mr. Stephens loved his American cars,” says Williams. “His wife, Sue, was inspired by European cars and their coachwork. Together, they bought this beautiful Talbot-Lago in 2009. It was the first Talbot-Lago in their collection.”