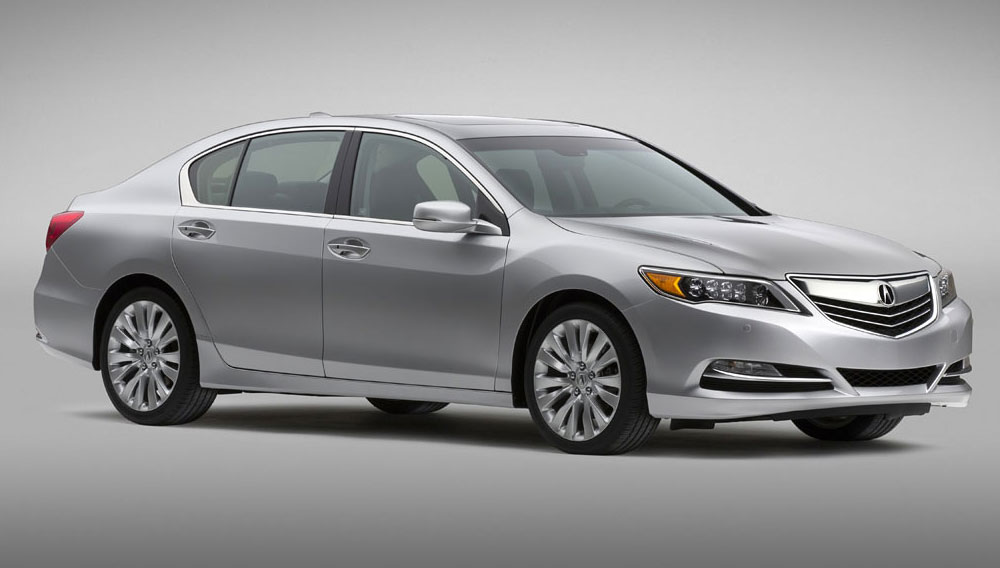 When Honda pulled the wraps off its luxury division in 1986, Acura’s promise—“Precision Crafted Performance”—was as much a guiding principle as it was a marketing ploy. The flagship Legend was a paragon of engineering virtue: finely crafted and unwaveringly reliable. It set a tone that has carried through to this day—to the 2014 RLX sedan, Acura’s latest image leader.

In person, the RLX is substantial and handsome. Acura will have no trouble maintaining its long-held reputation for meticulous quality; paint and interior materials are first-rate and panel gaps are startlingly narrow and unerringly uniform. The car’s styling does not exactly venture into uncharted territory, but that is likely to suit its buyers just fine. The outgoing RL—and its predecessors back to the original Legend sedan—was penned with visual restraint, satisfying buyers with opulence and superlative engineering rather than with rakish looks. What the RLX offers is the largest cabin in the mid-luxury class, a segment that includes such heavy hitters as the Audi A6, the BMW 535i, and the new Lexus GS350.

No surprise, the RLX is loaded with advanced technology, including Acura’s Precision All-Wheel Steer system. According to Acura, the setup provides “independent and continuous control of the left and right rear-wheel steering (toe) angles.” At highway speeds, involving slight steering-wheel movements, the rear wheels turn in the same direction as the fronts for crisper lane changes; at lower speeds, with greater steering-wheel movements, the rears turn in opposition to the fronts for more nimble cornering and a tighter turning radius.