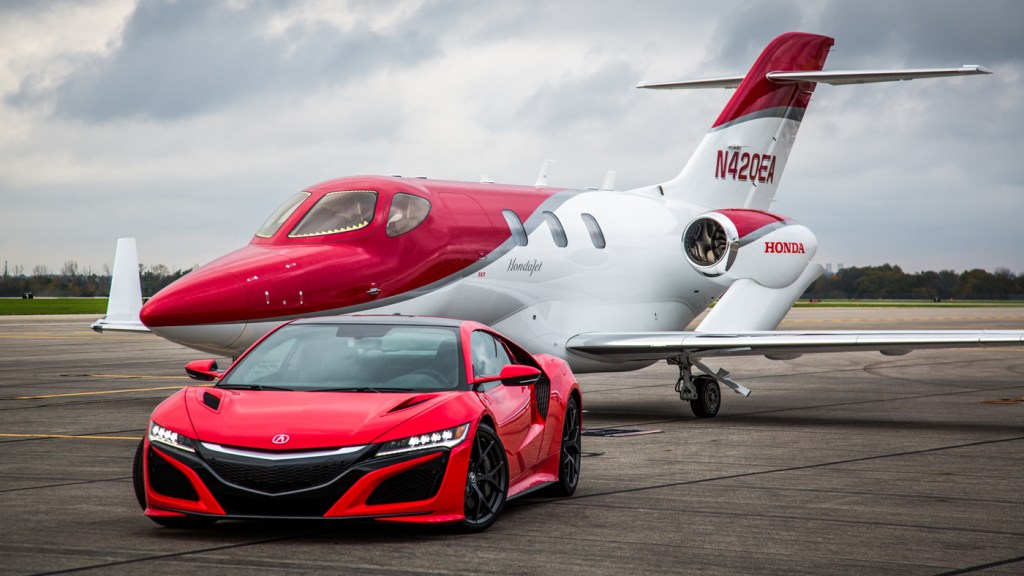 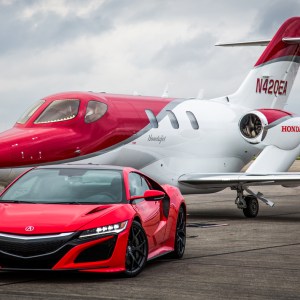 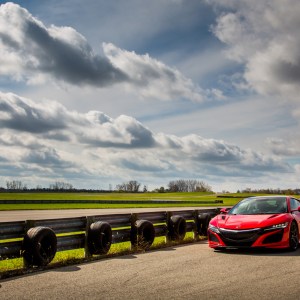 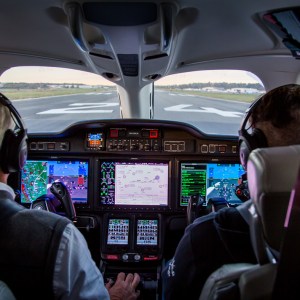 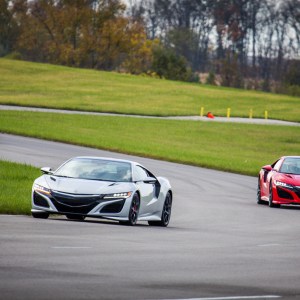 The engineer sitting next to me is a better driver than passenger. Two observations lead me to this conclusion. First, there seems to be genuine concern spreading across his face as we hurtle along the start/finish straight on the road course at the Acura Proving Grounds in Marysville, Ohio. (For good measure, he reaches for the door handle to brace himself for what could be impending doom.) Second, the car with which we’re doing all the hurtling is the Acura NSX, and the passenger, Jason Widmer, is the chief engineer responsible for its development.

During the gestation of this high-tech hybrid supercar, Widmer spent some 200 days per year circumnavigating the globe to pilot prototypes on various roads and in varied conditions—all to ensure the performance credentials of the NSX would match its promise.

“How do you like to learn a track?” he asks as we blast towards the first corner at triple-digit speeds. “Do you want me to call out the turns or just stay quiet?” A few minutes prior, we completed a sighting lap with Widmer behind the wheel. But he’s right to suggest additional instruction: It’s the first time I’ve visited the track and, in this configuration, there are 16 different corners to memorize. (To ratchet up his unease even further, I’m the only guest to show up with his own race helmet, a red flag to the entire Acura team that harrowing moments could be in the offing.)

The Acura NSX, for the still uninitiated, is a fantastic piece of engineering. The hybrid power train is a potent cocktail, blending together a twin-turbocharged 3.5-liter V-6 paired with electric motors at each front wheel and a third direct drive motor bonded to the 9-speed dual-clutch automatic transmission. The result is a total of 573 hp and 476 ft lbs of torque (much of it available from very low in the rev range), an authentic torque-vectoring all-wheel drive system, and four different drive modes ranging from whisper-quiet to all-out attack.

For sure, the NSX is fast in a straight line, rocketing from zero to 60 mph in less than 3 seconds. But it’s even more entertaining in the corners, the SH-AWD system shuttling motivation around from corner to corner like a boxing coach. The regenerative braking system is also spectacularly good, unfailingly hauling the NSX down from borderline insane speeds time and again.

This opportunity to thrash around full throttle without fear of police reprisal mirrors the NSX Insider Experience, a customer program introduced earlier this year. Available to those who already own or have ordered a new NSX, the program offers the choice of six different packages ranging in price from $1,990 to $7,576.

The full-bore option comprises a visit to the Honda Heritage Center, a four-hour tour of the Performance Manufacturing Center (where the NSX is built), a two-hour tour of the engine plant in nearby Anna (where the hybrid power train is hand-assembled), and four more hours at the Acura Proving Grounds with a driving coach riding shotgun.

The NSX is the uncontested halo car for the Acura brand, so the exclusive nature of the NSX Insider Experience is a natural fit. Now, however, parent company Honda has its own pinnacle product—and it’s even more exclusive than the NSX. Priced at $4.9 million, the HondaJet is, arguably, just as technically advanced as the hybrid supercar.

With the twin GE Honda HF120 engines placed above the wings, the HondaJet boasts improved aerodynamic performance versus its direct competitors, as well as increased cabin space, greater cargo capacity and reduced cabin noise. The fuselage and main wing aerofoil also benefit from aerodynamic study, helping to give this jet a high cruising speed and up to 20-percent better fuel efficiency than its rivals.

It’s not advisable to pass up the chance to drive the Acura NSX on a closed circuit. But it’s perhaps even less wise to miss a flight on the HondaJet—especially when the opportunity takes place from the co-pilot’s seat. Thus, while not usually part of the NSX Insider Experience, our program in Ohio included round-trip travel from New Jersey’s Teterboro Airport aboard the HondaJet.

In the final analysis, both forms of transportation proved equally thrilling, but there was a difference: The flight was utterly without drama, comfortable and smooth from takeoff to landing. Our pilot, Tom Maurer, joined Honda Aircraft while the HondaJet was still being developed, so he knows it inside and out. (For the record, he never let me take the leather-wrapped yoke, but I was a great passenger.)

“There is no other company that can provide you with this kind of experience,” said Rick Schostek, Executive Vice President of Honda North America, during a break in the action. “We are what a mobility company can be—the only thing we can’t do is go underwater.” Well, at least not yet.