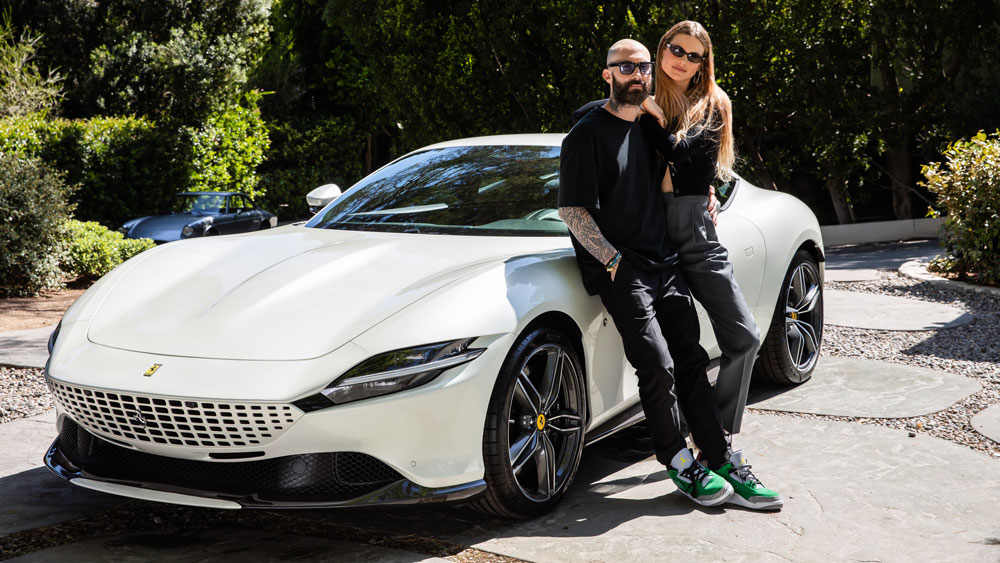 Although lacking what many would consider a conventional education, Enzo Ferrari found his passion and future vocation when he attended the 1908 Circuito di Bologna race at the age of 10. That exposure to automobiles and motorsport was the watershed moment that drove him to competition and, eventually, the founding of his namesake marque—a career path of which he purportedly commented: “I think of myself as constantly realizing a childhood dream.”

Now, 32 years after Enzo’s passing, his company is trying to make the dreams of subsequent generations come true through its philanthropic partnership with Save the Children. The century-old charity, based in the UK, offers health care, education and relief assistance for disadvantaged young ones on a global scale. To help raise awareness and financial aid, Ferrari will be auctioning off one of its latest production models to arrive Stateside, the Roma.

“I’m delighted to announce the next chapter of Ferrari’s ongoing collaboration with Save the Children,” Matteo Torre, president of Ferrari North America, said in an exclusive video presentation. “We now want to support their critical education work here in the United States, and we believe that, during this crisis, it’s our responsibility to help those who often don’t have a voice, and address their challenges.”

During the live-streamed announcement, Torre was joined remotely by model Behati Prinsloo and her husband, musician Adam Levine, from their home in Los Angeles. The two chatted about the cause, which is close to their hearts—and the car.

Adam Levine and Behati Prinsloo with a Ferrari Roma at their home in Los Angeles  Photo: Courtesy of Ferrari North America.

“We’re in such a crazy time worldwide, and I think kids are so vulnerable with what’s going on,” says Prinsloo. “Our kids know there’s going to be food on the table, and they know they have shelter, and with schools not being able to go on right now, it’s so sad to think that there are kids that don’t know where their next meal is going to come from, and they don’t know what’s going to happen with education . . . so this charity is incredible, and we’re so happy to support it with you guys,” she mentions to Torre.

The couple enjoy a moment in the car.  Photo: Courtesy of Ferrari North America.

For Levine, the pandemic has amplified the call to action. “It’s an important time for anyone who has the means to try and help in any way that they can,” he notes. “We love that we’re able to be a part of this.”

Providing backdrop for the conversation was a pearlescent example of the Ferrari Roma, which sang for Prinsloo as she revved its turbocharged V-8. Debuted last November, the 611 hp coupe is a grand tourer inspired by the 250 GT Berlinetta Lusso of the early 1960s, along with the marque’s other grand tourers of the era. With a power train that includes the same 8-speed dual-clutch transmission that premiered with the Ferrari SF90 Stradale, the car covers 0 to 62 mph in 3.4 seconds and tops out at roughly 199 mph, at least according to the automaker.

“Every single angle of this car is absolutely stunning,” states Levine, turning from his seat to look it over. “It’s absolutely beautiful, and the fact that I’m not driving it right now is upsetting me.”

Facilitated through RM Sotheby’s, the online-only auction of the Roma takes place October 22 through 29, and the car is being offered without reserve. So far, Save the Children is reported to have assisted 178,000 youth in 200 communities throughout the US, giving kids the tools to not only fuel aspirations, but help map out how to achieve them. Who knows? The next young Enzo could be on the receiving end.