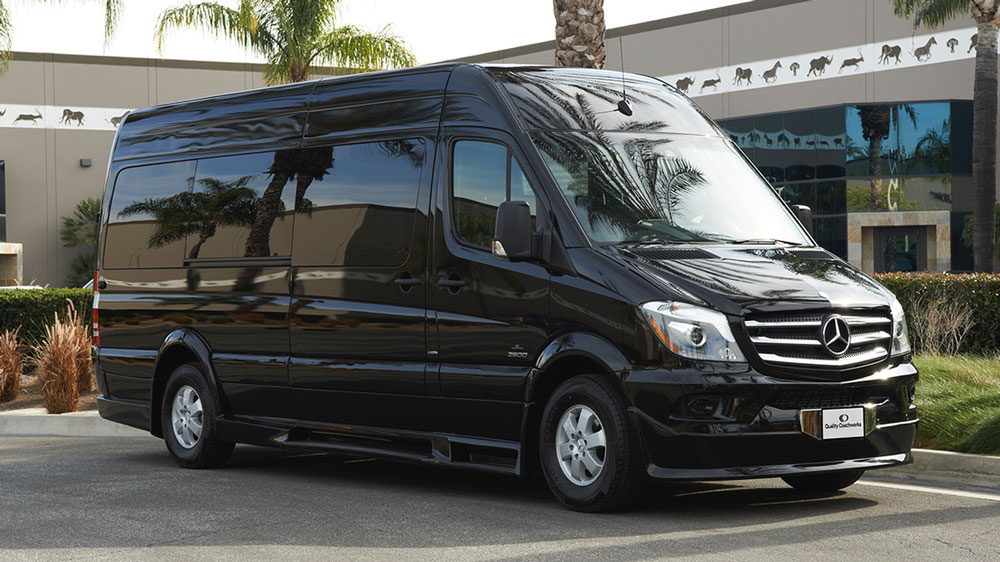 In a speech delivered to the University of Cape Town, Robert F. Kennedy stated: “Like it or not, we live in interesting times. They are times of danger and uncertainty; but they are also the most creative of any time in the history of mankind.” While those words were delivered in 1966, the message is even more relevant today, on both fronts—insecurity and ingenuity. As an answer to the former, the new AddArmor package for the Mercedes-Benz Sprinter van is all about the latter.

A Mercedes-Benz Sprinter after AddArmor’s makeover.  Photo: Courtesy of AddArmor.

“Safety is always a moving target. Staying in place is one thing, but mobility is an important part of the equation,” stated Blaber in the vehicle’s official announcement. “The freedom to move around and get places is a key element of being completely secure. Our company designed the new AddArmor Sprinter van to fulfill that requirement in the face of even the most chaotic of situations.”

To ensure that mission statement was met, the Sprinter has been fit with ballistic protection panels which are 60 percent lighter than steel but offer 10 times the strength. Also on board is ballistic glass—a layering of leaded glass, polycarbonate and acrylic—the thinnest combination of which is claimed to stop the bullet from a .44 Magnum.

The Sprinter has been fit with ballistic protection panels and ballistic glass.  Photo: Courtesy of AddArmor.

But that’s just for starters. Countermeasures are also part of the package, including smokescreen and pepper-spray deployment systems, sonic weaponry and (offered as an extra) electrified door handles. Even covert escape hatches can be commissioned so that swift and undetected egress can be a viable solution.

AddArmor wants there to be no need for the pilot or passengers to panic while on the move.  Photo: Courtesy of AddArmor.

Although seemingly ready for battle, the Sprinter is anything but Spartan when it comes to interior amenities and layout possibilities—think cutting-edge communications center with a top-tier media setup and a living space worthy of any royal family. Also provided is the option of around-the-clock support.

The Sprinter is anything but Spartan inside.  Photo: Courtesy of AddArmor.

From the politician looking to become less of a target to the family who just wants more fortification while on the road, Sprinter owners may find AddArmor‘s services more practical than ever, especially with a starting price of $28,000. After all, during these interesting times, dodging a bullet in one form or another can feel like a daily occurrence.