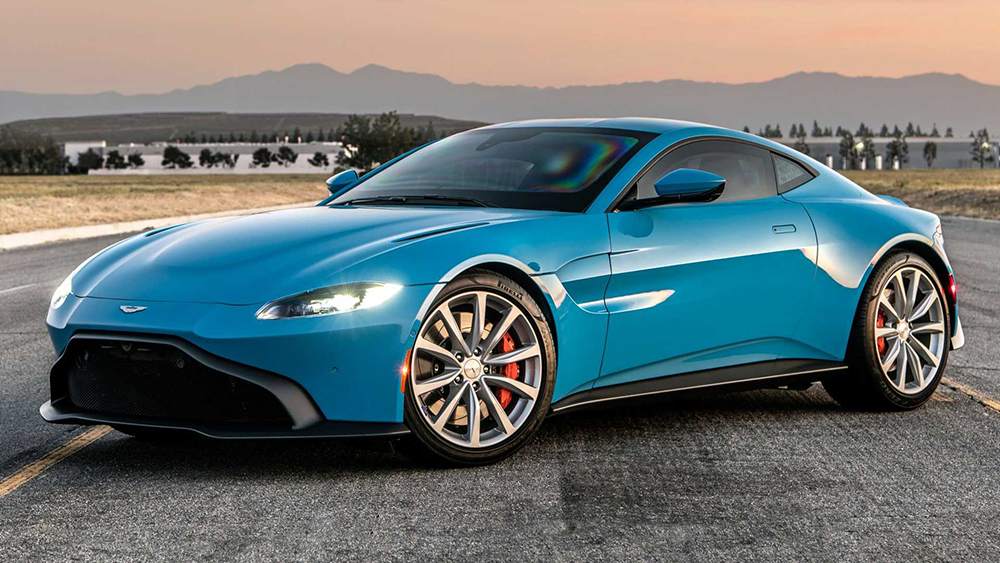 James Bond has already shown the world that the Aston Martin DB5 is capable of taking a beating. Now one US company wants to prove the new Aston Martin Vantage is just as tough.

AddArmor by Quality Coachworks has just unveiled a new fully armored version of the high-performance grand tourer designed to appeal to the MI6 agent within us all. The aftermarket outfit, started by former law enforcement and Special Operations specialists, has also released fortified Cadillac crossovers and Mercedes-Benz vans.

The beefed-up Aston, which offers the “B4” level of protection, comes complete with bulletproof glass on the windshield and windows to stop rounds as strong as a .44 magnum, .357 magnum and 9mm parabellum. It also features an armored firewall crafted from the company’s composite materials and hefty, reinforced doors. To top it off, there is blast-resistant hardened steel on the roof and the fuel tank to protect the contents within.

Elsewhere, the Valhalla is equipped with run-flat tires to help with quick escapes in difficult situations and a tamper-proof covered exhaust to stop villains from putting anything in the pipes. The door handles also have an electric shock function to stave off those pesky henchmen.

Despite all the add-ons, the coupe is still relatively light. In fact, the protective gear only results in around 450 pounds of added weight. The suspension has been tweaked to compensate for the increased load.

Under the hood, the standard version of the latest Vantage sports a 4.0-liter twin-turbo V-8 mated to an eight-speed automatic transmission. The mill is good for 503 hp and 505 ft lbs of torque. That’s enough to get the fortified British ride to 60 mph in 3.6 seconds, though the extra weight may impact the acceleration. Aston Martin also has a limited-run V-12 variant good for 690 horses, should your escapades require a little more grunt.

Sure, it may not have the gadgets and weaponry of 007’s beloved DB5, but there’s nothing stopping you from customizing the Vantage even further. We hear there’s a gent called Q that can help with that.