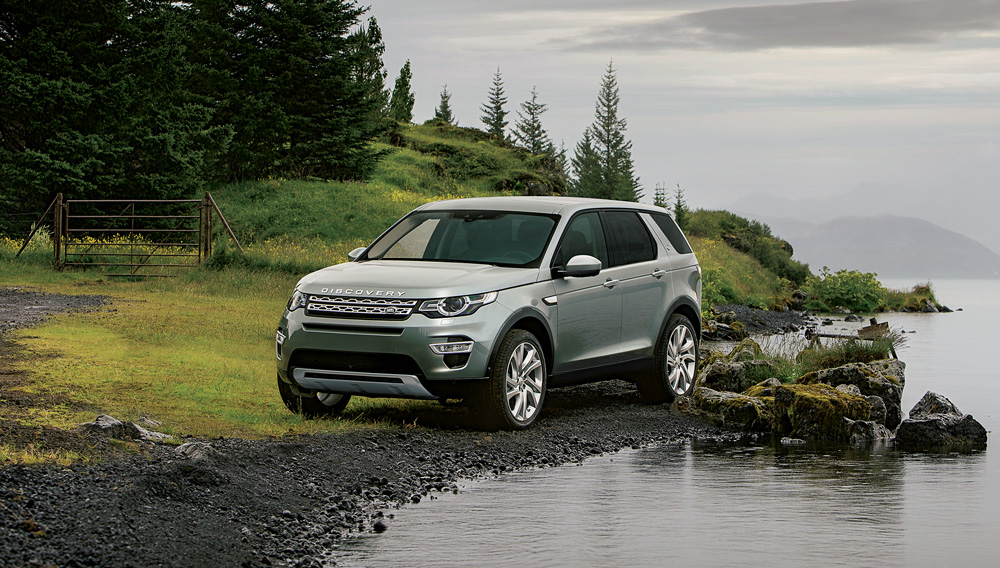 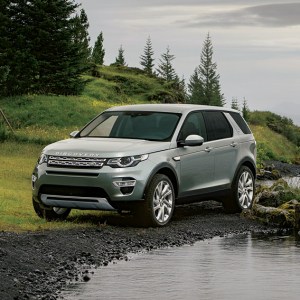 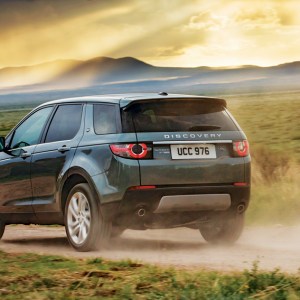 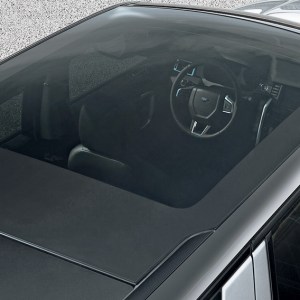 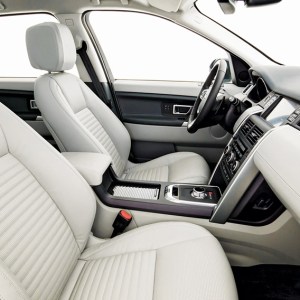 With the launch of the Discovery Sport earlier this year, Land Rover has begun to bring more logic and clarity to its branding and model-naming practices. No longer will the same vehicle be identified by a name in Europe and a code of numbers and letters in the United States: No more Discovery 4 on one side of the Atlantic and LR4 on the other. And if there are questions concerning the difference between a Land Rover and a Range Rover, the Discovery Sport’s introduction helps to answer them.

Land Rover is the company, and the Range Rover is its flagship vehicle. But Range Rover is also the collective brand name of Land Rover’s lineup of luxury, off-road-ready SUVs that includes the Range Rover, the sporty Evoque, and the compact Sport. Discovery, a Land Rover model name in Europe, is now the new brand name in the United States and abroad for the company’s lineup of SUVs that are priced below the Range Rover and equipped and engineered for more leisurely driving. As if to announce the rebranding, “DISCOVERY” is set in marquee letters and bas-relief on the bonnet and boot—or rather, the hood and tailgate—of the Discovery Sport.

Available now for a base price of just under $38,000, the Discovery Sport will replace Land Rover’s LR2 (known as the Freelander 2 in Europe) by the end of the year. A larger, pricier model called simply the Discovery will eventually replace the LR4 (aka the Discovery 4). Land Rover is also said to be redesigning (and maybe renaming) the doughty Defender, a dray horse of an SUV built to conquer nature’s mightiest obstacles, and planning to again market it in the United States. The company stopped selling the vehicle here in 1997 in part because it did not comply with U.S. airbag requirements.

The Discovery Sport is roomier, quieter, and nippier than the LR2, and more than 3 inches longer. Land Rover uses the extra length to offer an optional third row of seating that will accommodate two youngsters. Each of the standard five seats offers adequate support for travel on highways and off-road. Without the optional seating, the Discovery Sport has 32 cubic feet of cargo space, which more than doubles when the second row is folded down.

The vehicle is built around a unibody made of steel, but its fenders, clamshell hood, roof, and rear hatch are aluminum, which helps keep the curb weight at about 4,000 pounds. The chassis and much of the body are similar to those of the pricier, slightly smaller, and less roomy Evoque, which has been selling like a James Patterson thriller since its introduction in 2012.

The Discovery Sport also uses the same Ford-built EcoBoost engine, a turbocharged, direct-injected four-banger. It delivers 240 hp and a res­pectable 250 ft lbs of torque and is paired with a 9-speed ZF transmission. Later this year, Land Rover will replace the Discovery Sport’s EcoBoost with the lighter, leaner Ingenium engine recently developed by Jaguar. (Both companies are owned by India’s Tata Motors, which acquired them from Ford in 2008.) Land Rover will eventually offer a diesel version of the Discovery Sport and maybe a hybrid.

The Discovery Sport’s standard equipment includes all of Land Rover’s tools for battling the rough stuff: full-time four-wheel drive, hill-descent control, and manual settings for optimum traction in sand, snow, grass, mud ruts, and probably thick oatmeal. The vehicle can wade through water as deep as 23.6 inches, and without scraping its underside it can attack a 21-degree incline and exit a 31-degree slope. The long list of options includes lane-change monitoring, parking assist, intelligent emergency braking, and a sunroof that stretches nearly the length of the vehicle.

On the trailing edge of the hood is an odd-looking rectangular panel whose purpose initially defies even educated guesswork. It turns out that the panel conceals an external airbag that will deploy and cover the windshield, protecting a pedestrian who, struck by a distracted driver, rolls onto the hood.

The Discovery Sport’s cabin contains little to distract a driver. It is comfortable, even inviting, and the switches and levers can be reached and engaged without confusion or fumbling. Materials are premium, not extravagant; fittings quality, not flashy. Overall, the cabin creates the impression that the vehicle is worth more than its price.

It is likely that most Discovery Sport owners will seldom venture beyond the asphalt of suburban roads and supermarket parking lots. Nevertheless, the vehicle proved competent on more rugged terrain during a drive through central Arizo­na’s Bradshaw Mountains, visiting the ghost towns that are remnants of the region’s 19th-century copper-, gold-, and silver-mining booms. Bumble Bee and Cherry are among the towns that have crumbled into memories. They have been lost to changing times, a century of winters’ wounds, summer cottagers, and do-it-yourselfers in search of weathered timbers and distressed bricks. Other communities, such as Cleator and Crown King, have been reduced to general stores and antique saloons that are still pouring.

In and around these towns, the driving surfaces can include desert sand, dirt tracks, and two-lane roads as bumpy as washboards. The Dis­covery Sport, with its wishbone and multilink suspension and traction-control system, rode the unkempt countryside as if it were a highway. At no time was there a hint of slide or wallow or any danger of becoming stuck.

Driving on blacktop was a different matter. When traveling within the speed limit on the Black Canyon Freeway to and from Phoenix, the Discovery Sport behaved beautifully. The motoring was quiet and rumble free. But when it was spurred, the power train turned cantankerous. When the gearbox was booted into passing mode, the engine sounded seriously overworked. Even worse, a full two seconds elapsed before power arrived, and it did so with the lurching energy of a scalded kangaroo.

Beauty, however, can overshadow such flaws, and this vehicle certainly is a looker. It is not dumpy or boxy like earlier Land Rovers. Instead, similar to the Evoque, it has an aerodynamic shape that includes a raked windshield and a mildly sloping roofline. The look of the Sport makes a good impression for the first of Land Rover’s new Discoveries.

Punching Up the Autobiography

Not long after Land Rover began selling the Discovery Sport, its new entry-level vehicle, the company introduced its forthcoming flagship, the Range Rover SVAutobiography. It debuted at the New York International Auto Show in March and will go on sale this fall for about $200,000. The SVAutobiography will replace the Autobiography Black at the top of the Range Rover lineup.

The new model is built by Land Rover’s Special Vehicles Operations department, which also produces the high-performance Range Rover Sport SVR. Like that vehicle, this one is equipped with a supercharged V-8 that generates 550 hp and 502 ft lbs of torque. It is Land Rover’s most powerful engine, and it is paired with a ZF 8-speed automatic transmission.

The most notable of the SVAutobiography’s distinguishing design elements is a two-tone exterior color scheme—a first for a Range Rover. It combines Santorini Black for the upper body with a choice of nine colors for the lower body. The vehicle also has SVAutobiography badging on the tailgate.

In the cabin, the control switches and knobs and the foot pedals are made of solid aluminum with knurled details. For rear-seat passengers, there are tables that deploy electronically and a beverage-chilling compartment. Options include a sliding floor for the cargo space that extends rearward, making it easier to load or unload groceries or luggage.  —Larry Bean