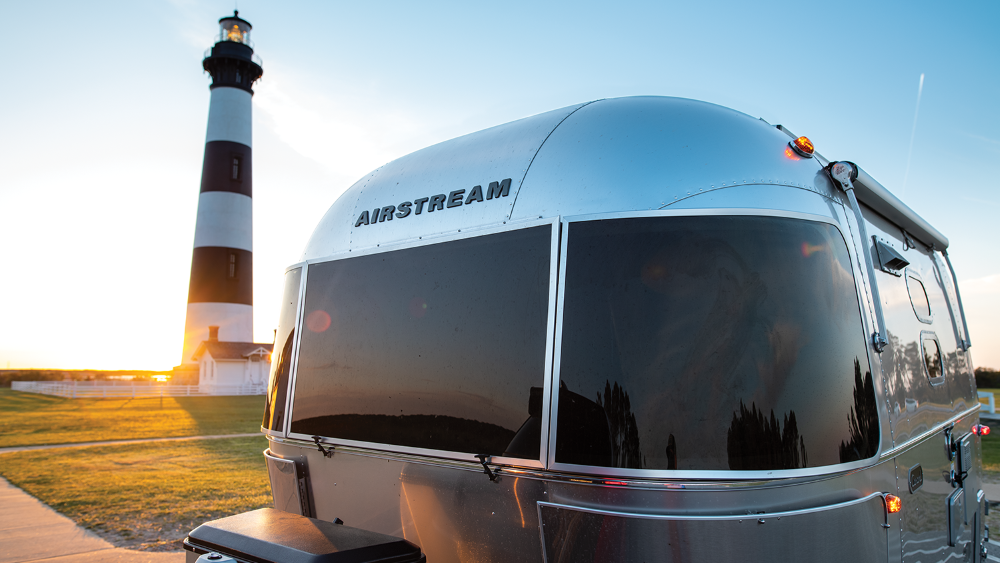 Airstream’s chrome campers may look unequivocally retro, but they are proving they can keep up with our eco-friendly times.

While the iconic trailer’s design has seldom changed over the past 90 years, Airstream is currently developing new technology that could incorporate an electric drivetrain into America’s favorite camper.

McKay Featherstone, Airstream’s vice president of product development and engineering, confirmed to Roadshow by CNET that plans to support an electrified future are underway, and that the company is working on delivering electric-powered trailers that offer more freedom and range.

“If you’re going to tow something long-distance, range is critical,” Featherstone told the website. “If the wheels of the trailer are powered, we can help the towing experience.”

To that end, Airstream is experimenting with affixing an electric engine to the camper’s axle to provide extra driving force while also refining the aerodynamics to make the trailers lighter and sleeker. This two-pronged approach promises to lower fuel consumption and improve driving dynamics as drivers will no longer be lugging a heavy and cumbersome camper.

In order to achieve this, Airstream wants to ensure that the trailer is never pushing against the tow vehicle; instead, the two vehicles need to work in harmony and actively communicate with each other. Featherstone envisions a sort of “digital network and sensors” solution, which could also eventually be utilized within other driver assistance features, like blind-spot monitoring, stability control and more.

If all of this seems a little too ambitious, it’s worth noting that Airstream has already made a spate of modern innovations of late, like the new Smart RV Control app, and there have been major advancements in the trailer industry as a whole. Just look to Ford’s Pro Trailer Back-Up Assist, which promises to make parking with a camper a cinch, or GMC’s Transparent Trailer, which allows drivers to virtually see through the trailer.

Further down the road, Featherstone sees autonomous Airstreams. “A lot of what’s happening in autonomous vehicles today is about freedom of ownership, freedom of time,” he said. “Here’s an Airstream vehicle, it’s autonomous, it powers itself, you go to bed at night and you wake up and you’re at Yosemite.”  Of course, it remains to be seen whether that level of autonomy will actually ever become a reality.

Amid all this new technology, however, camper purists will be happy to know that at least one thing will not change. No matter what you find inside, Featherstone says, Airstream’s retro aesthetics will remain the same. Phew.

As of press time, there are no firm details regarding production, delivery or price of the electric trailer at this point. Airstream did not immediately respond to Robb Report‘s request for comment, but we’ll update this space when more details emerge.