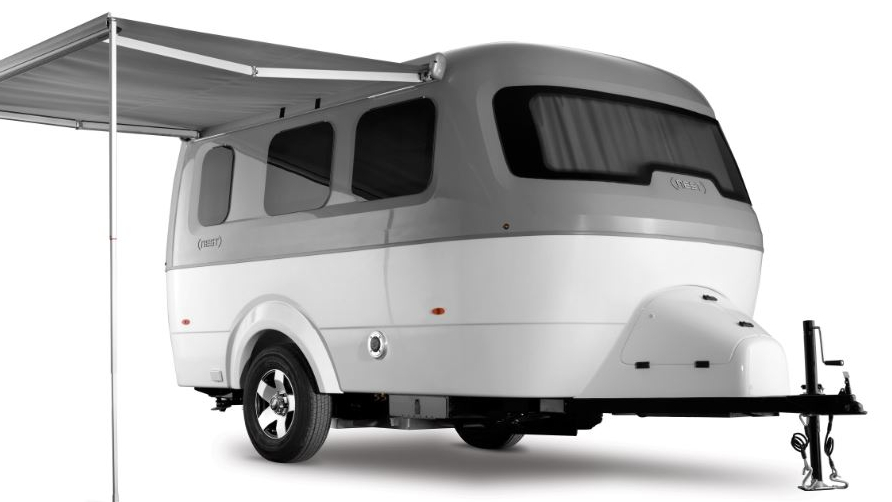 Do millennials want to camp? That’s a question American trailer company Airstream is hoping to answer with a resounding “yes”—and its staking its latest product on it.

After a nearly a century of churning out iconic campers in its trademark silver-bullet style, the company is trying something new with its latest offering, the Nest. The new fiberglass design is an attempt to win over design-savvy 20- and 30-somethings, reports Bloomberg Businessweek.  The company is hoping that a trailer tailored specifically to millennials can help expand the RV market past its current baby boomer base.

A twist on the company’s classic airstream camper, the Nest features clean lines, less-severe color combos and—what else—a retro-future aesthetic. But the newfound focus on design doesn’t stop at the exterior. The camper is available in one of two relatively spacious, 16-foot floor plans, both of which have room enough for a full kitchen, a custom-sized Tuft & Needle mattress that comfortably sleeps two and integrated storage, so travelers have plenty of room for work or play while on the road. Its compact design also means that it’s towable by a variety of mid-size SUVs, though it’s a bit too heavy for smaller vehicles.

The Nest by Airstream, interior  Airstream

Adventurers can also trust that their Nest will be more than up for the task of braving the elements. Each Airstream, including the Nest, reportedly takes about 350 hours to make and is subjected to a rigorous testing process, including being blasted by 10,000 gallons of water to make sure that everything is sealed just right.

Of course, the ability to rough it in condo-style comfort comes at a price—specifically a $45,900 starting point. While the Nest sells for $3,000 less than the Airstream Sport, a modernized version of the company’s classic trailer, it’s more than $10,000 more than the less design-savvy—but lighter and solar-ready—Basecamp, while sells for $37,400.