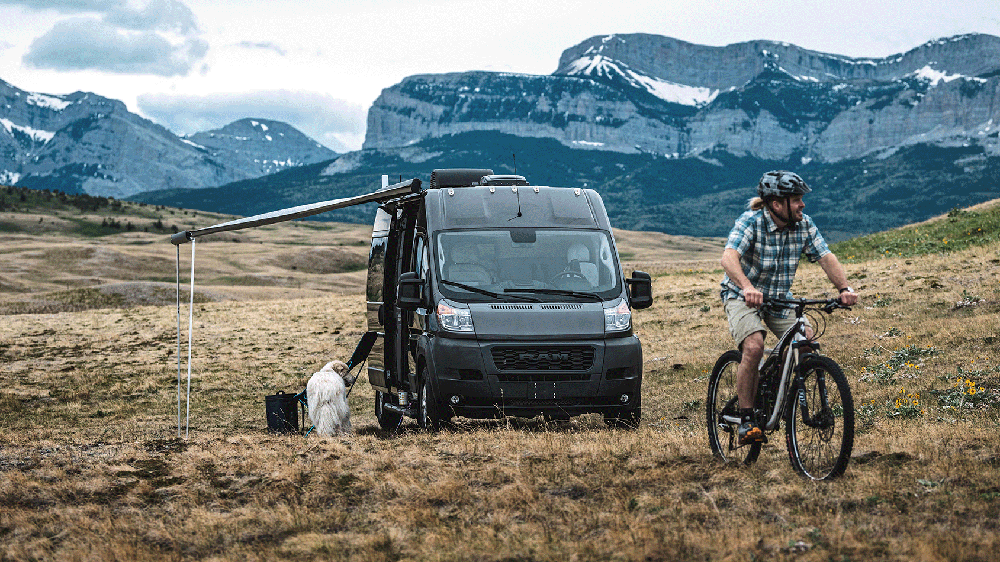 Have you been wanting to give van life a try, but weren’t sure where to start?  Airstream’s latest camper might be just what you’re looking for.

The biggest name in campers and trailers has just unveiled its latest model, the Rangeline Touring Coach. The new van has been outfitted with everything you need to hit the road for extended periods of time.

The Rangeline is Airstream’s first Class B motorhome built on the Ram ProMaster 3500 commercial van chassis (its other models are based on the ubiquitous Mercedes-Benz Sprinter). Thanks to this, every single examples comes with a 3.6-liter V-6 connected to a 9-speed automatic transmission that sends 276 hp to the front wheels, according to the brand. It doesn’t have the same ground clearance as some of the company’s other RVs, so you might not want to too far off road, but it makes up for this by being able to tow up to 3,500 pounds.

While the Rangeline has room for four passengers (there are two rotating captain’s chairs and a bench), it was really designed to only sleep two. There’s a flip-down double bed in the back, but if you need more room, a roof-mounted pop-up tent that sleeps two is available as an option. The camper has a compact kitchen equipped with a small refrigerator, sink and a pull-out induction range that stows away in a drawer. There’s also a discreet wet bath located across from the galley with a sink, toilet and shower. Other interior features include a fold-out table that turns the space behind the front seats into a dining area and loads of storage basically everywhere you look, including in the “garage” beneath the bed.

As is becoming increasingly common, the Rangeline comes loaded with everything you need to extend your trip and spend some time off the grid. Power comes from a 270-Ah lithium battery pack and an optional 200-watt solar panel. It is also outfitted with a 2.8-kW generator that uses gas from the vehicle’s fuel tank to operate the air conditioner or heater, turning it into a genuine four-season vehicle. If you need to give the electrical system a break, you can connect the camper to shore power at a campground. It’s also wired for Wi-Fi, a cellphone booster and satellite TV so you won’t have to worry about roughing it too much.

The Rangeline will make its public debut later this week at the Hershey RV Show in Pennsylvania. You can order it now through the company’s website, though. The brand’s latest RV starts at $131,882.

Click here to see all of the photos of the Airstream Rangeline Touring Coach.