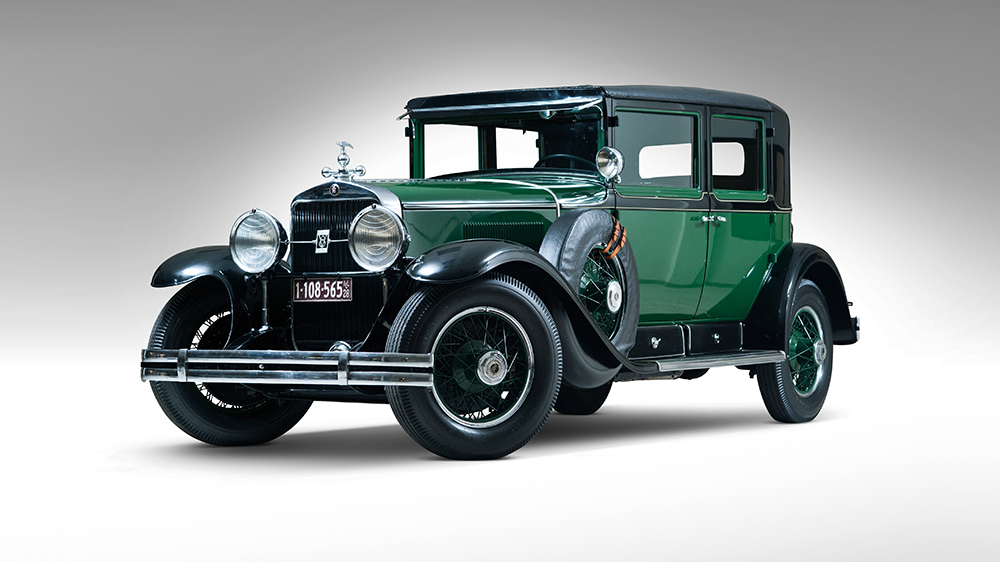 Nearly 100 years after his gangster heyday Al Capone’s name still gets pulses racing. That’s why a car belonging to the mafia boss, arguably the most famous in American history, is currently up for grabs with a seven-figured price tag.

A bullet-proof 1928 Cadillac Town Sedan that belonged to the infamous mobster prior to his 1932 incarceration is currently up for sale through Celebrity Cars of Las Vegas. Of course, if you want to get your hands on the historic car—in addition to its nefarious roots, its also believed to be the oldest surviving armored vehicle—prepare to cough up $1,000,000.

The Cadillac’s armor protection may be its most impressive attribute. While it no longer features the 3,000 pounds of asbestos-wrapped steel plating it once did—for obvious reasons—it still features nearly inch-thick glass throughout the vehicle. There are also spring-operated side windows equipped with holes for machine gun muzzles and a drop-down rear window so that those in the back seat could fire freely on any pursuers. Being the world’s most infamous mob boss had its share of risks, apparently.

Aside from all that armor, the classic sedan is also pretty slick looking. It sports an elegant two-tone hunter green and black paint scheme, and has swooping black fenders and bumpers with plenty of chrome accents throughout. Not visible, but no less impressive is the sedan’s Series 341-A 341 cubic-in L-head V8 engine,  along with a three-speed manual transmission, full-floating rear axle, semi-elliptical leaf springs and mechanical drum brakes.

In Capone’s possession up until he started serving what would be a seven-year sentence for tax evasion in 1932, the car has passed through the hands of collectors, dance hall operators and carnival owners in the decades since. Its ownership is fully documented in the car’s paperwork.

“With provenance now known since 1932 and strong supporting information,” the dealership states in the listing, “this example is not only a silent witness to the bloodiest era in American organized crime, it also represents the development of the modern armored sedan.”

But is the car worth its sky-high price tag? That remains to be seen. As Autoblog points out, there appears to have been no major restoration work done since RM Sotheby’s sold the car for $355,000 back in 2012. Still, depending how much the idea of owning Capone’s bullet-proof ride excites you, its past price may not matter one bit.