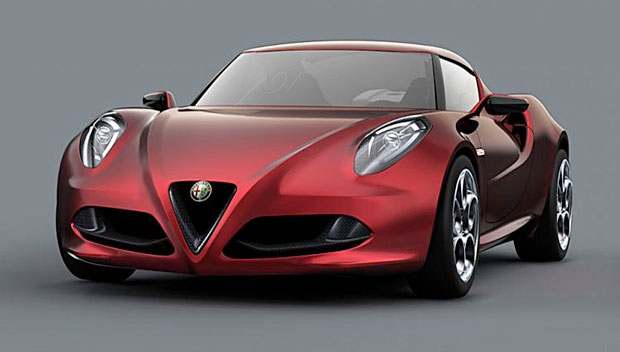 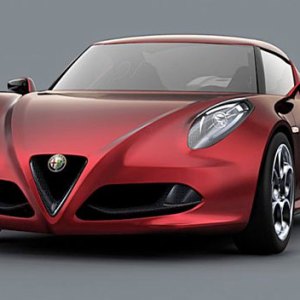 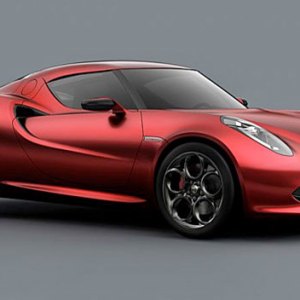 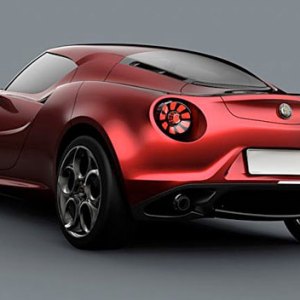 It’s been almost two decades since a new model Alfa Romeo has rolled off a showroom floor here in the U.S., but that doesn’t mean that the Italian manufacturer does not want to offer its highly styled cars to the American market. Roughly five years ago, Alfa’s parent company, Fiat, announced that the brand would return with three compact models as early as 2007. Unfortunately, talk is cheap and these plans never came to fruition. The only cars that actually made it Stateside were a handful of extremely limited Alfa Romeo 8C Competizione models, which were delivered to such collectors as famed auto aficionado James Glickenhaus.

But the automotive climate has changed drastically in the last few years; Fiat and Chrysler now have a partnership that could spell success for Alfa’s real return. The most promising future model—the Alfa Romeo 4C—is still in concept form. At the most recent Frankfurt Auto Show, Alfa CEO Harald Wester claimed that this car would begin production in 2013 with a projected run of 20,000 models over five years.

Poised to compete with cars like the Porsche Cayman, Lotus Evora, and BMW 1M, the Alfa 4C will come equipped with a 200 hp 1.75-liter turbocharged 4-cylinder engine. While this does not sound staggering on paper, the automaker claims that the car will weigh in at around 1,875 pounds, giving it a better power-to-weight ratio than a Lotus Exige. But Alfa will be relying heavily on performance and styling to sell this new two-door coupe, as its estimated cost of entry—roughly $60,000—will not be considered a “deal” in this highly competitive segment. Still, the car is undeniably beautiful and will be a rarity on the road; now Alfa Romeo just needs to build it. (www.alfaromeo.com)