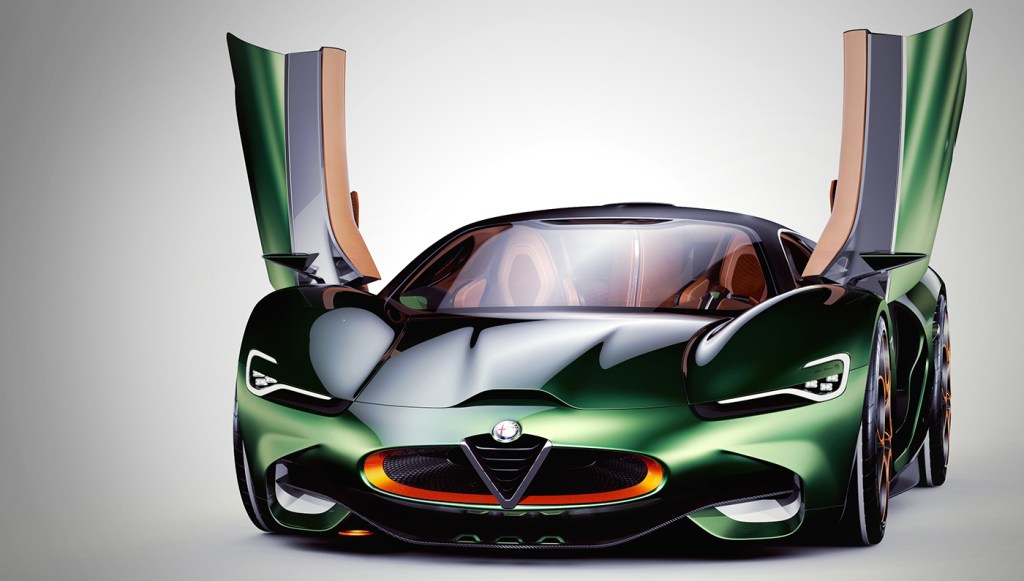 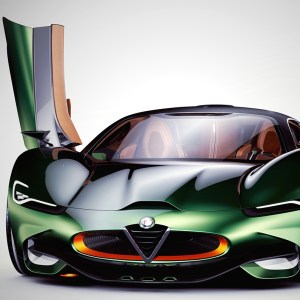 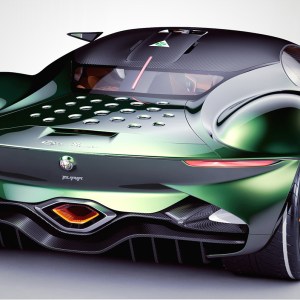 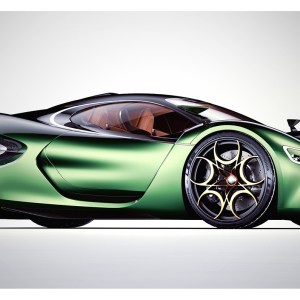 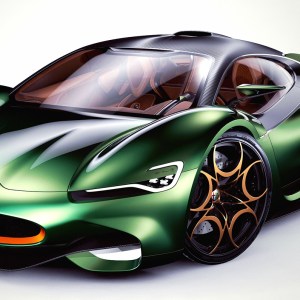 Quickly gathering global attention, the Alfa Romeo Furia supercar concept, from independent designer Paul Breshke, advances the aesthetics of the 106-year-old automaker while integrating iconic elements from its lineage. The curvaceous beauty, which references six memorable models from the Italian marque, was born after 10 months of renderings and 3-D modeling.

“Fans of the brand should see a lot of details inspired by specific vehicles,” says Breshke. “My goal was to draw from the classics. The project tells the rich history of Alfa Romeo.”

The Furia’s body styling is reminiscent of Alfa Romeo’s Tipo 33 Stradale and GTV Spider while the rear of the car carries a pronounced horizontal fin fashioned after the Tipo 32/2 Daytona, the Furia G1, and the P33 Cuneo. Additionally, the car’s lacquer colors and accents pay specific compliment to the Bertone-designed Carabo and Furia’s front features a grille that is incorporated into the oval air intake, an approach popular in the past.

Inside the two-seat sensation, the quilt-patterned cabin celebrates speed. “The interior will feel like the cockpit of a jet ready to transport its occupants to another world,” says Breshke. “It was designed as a tribute to the driver.”

As renderings of the Furia were only made public a few days ago, Breshke has yet to hear from Alfa Romeo, but he welcomes word. Also powering the designer’s portfolio are past concepts that include the Bugatti Gangloff, the Delahaye 94, and the Lamborghini Resonare. (behance.net)