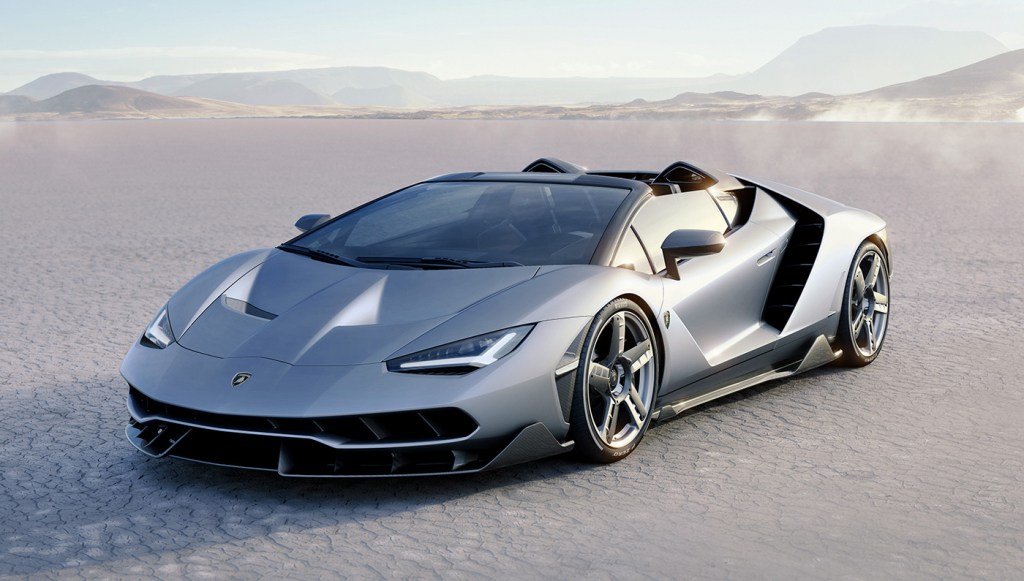 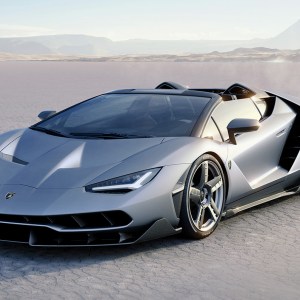 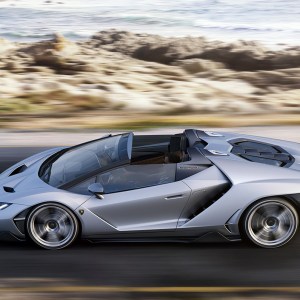 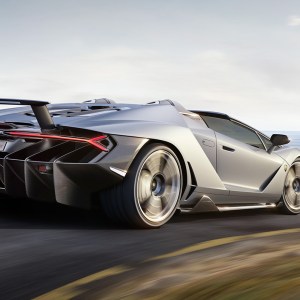 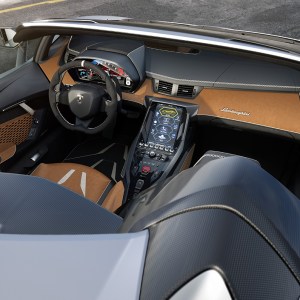 The most powerful raging bull ever produced is now topless. The Lamborghini Centenario Roadster was revealed at The Quail, A Motorsports Gathering on August 19 as part of Monterey Car Week in Carmel, Calif. The convertible completes the extremely limited-edition Centenario model line, which debuted with a coupe at the Geneva International Motor Show in March as a way to commemorate late founder Ferruccio Lamborghini’s 100th birthday.

With carbon-fiber body components, monocoque construction, and a 770 hp, V-12 engine, the vehicle carries a weight-to-power ratio of 4.49 pounds per hp. The result is the ability to race from zero to 62 mph in 2.9 seconds and top out at 217 mph. Bridling that speed are carbon-ceramic brakes capable of bringing the car from 62 mph to a complete stop in only 102 feet.

Aerodynamics are accentuated by the rear wing, which can extend up to nearly 6 inches and rotate 15 degrees for increased downforce. Air flow optimization is also provided by the front splitter, wheel arches, side skirts, and rear diffuser. And improved cooling for the rear radiators comes from integrated air ducts throughout.

Performance has been fine-tuned with recently introduced rear-wheel steering. The system bolsters turning and tightens the radius at slower speeds while synching rear tires with the steering angle at high speed to simulate a longer wheelbase for greater control and enhanced handling. Dialing in the experience even further is the marque’s magneto rheological suspension, Lamborghini Dynamic Steering, Independent Shifting Rod transmission, and three driving modes (Strada, Sport, and Corsa). And adding to a stance that states “ready to charge” are Pirelli P Zero tires on aluminum rims (20-inch front and 21-inch rear).

As with the coupe, only 20 Centenario Roadsters will be produced and each has already been sold for over $2.2 million. Deliveries are scheduled through 2017. (lamborghini.com)