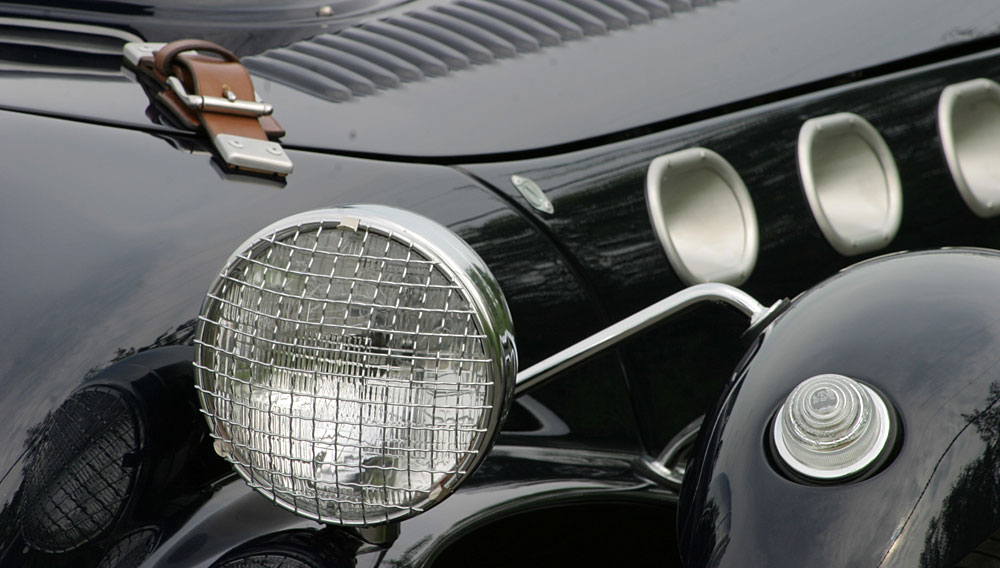 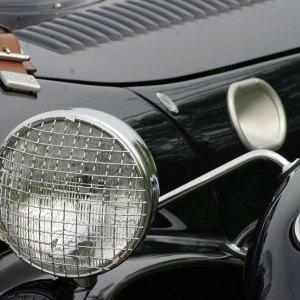 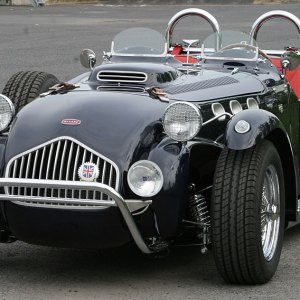 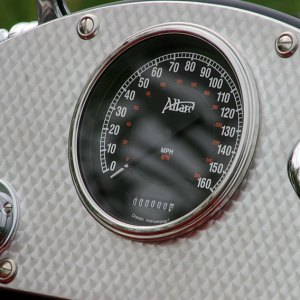 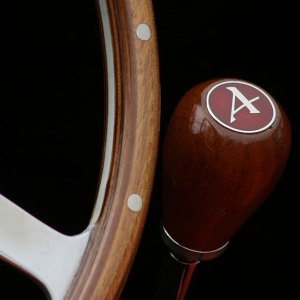 Among the historic 1950s-era racing cars coveted today, the Allard J2X is at the top of the list of many a collector. But with only 83 examples made, scant few of the originals remain, and those that do are too rare and important to be pressed into regular duty. The last Allard rolled off of the production line in 1959, when the small British firm closed its doors. But one enthusiast’s reverence for the marque inspired Roger Allard (no relation to founder Sydney) to acquire the trademark a decade ago, and bring Allard’s flagship back to life as the J2X Mk II. With an eye toward total originality and an exacting re-creation of fine details like the engine turned dash, instruments, and hardware, the modern Allard incorporates improvements in brakes and chassis, as well as using a thoroughly modern Tremec 5-speed transmission and offering a choice of powerful engines. The most potent car runs with a Hemi crate motor, recalling Chrysler’s OHV Hemi that shook the track during the Eisenhower era. This modern hair-shirt roadster will not disappoint purists, but neither will it put off drivers who appreciate Connolly leather and master craftsmanship in a classic design. Pros: Provides that old-time top-down British motoring feel, with a new car smell. Cons: With only one U.S. importer (in Los Angeles), it may be difficult to acquire.