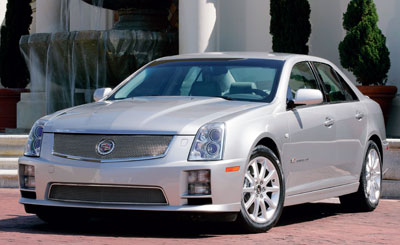 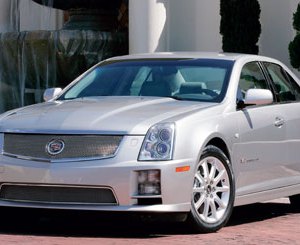 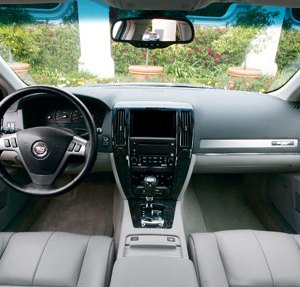 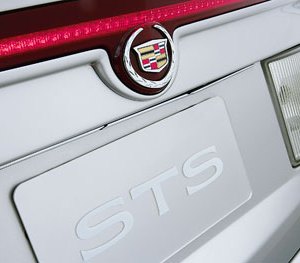 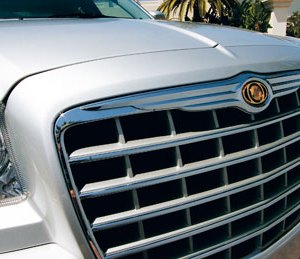 A sport horse and a sport sedan exhibit a similar set of characteristics: Each descends from a distinguished lineage; each combines everyday practicality with astonishing athleticism, and—traditionally, at least—the very best come from Germany.

German sport horses display natural balance, powerful impulsion, rhythmic canters, elegant and fluid body motions, and ground-covering gaits. Originally bred for all-purpose use, the modern German sport horse is at once graceful and powerful, adept at both dressage and driving.

The same holds true for the best of the German sport sedans. The alphanumeric designations RS6, M5, and E55 AMG connote cars that are both fluid in motion and fast, and such Teutonic and titanic performance is the broodmare for the latest generation of four-door American stallions from Cadillac and Chrysler, both of which have crossed powerful thoroughbred genetic code to produce their latest rear-wheel-drive sedans. Cadillac has added a 440 hp supercharged Northstar V-8 to the STS to create the high-performance STS-V, and Chrysler utilizes a 425 hp Hemi V-8 for its 300C SRT8.

That these cars even exist suggests that American carmakers again recognize the dependent relationship between rear-wheel drive and performance, and that the American driver finally has grown weary of severe understeer every time he takes a corner at speed and has tired of that irksome tug on the steering wheel every time he engages full throttle. These cars are not straight-line steam engines or drag-strip specials; they can be driven around corners, jumped over hurdles, and galloped at full speed—at all times exhibiting the same easy grace.

While their makers now possess a more global perspective, these American newcomers do have their own distinct heritages. Chrysler’s 300s of the 1950s represent an impressive pedigree for the SRT8, though the more recent 300M, which arrived in 1999, directed its power to the front rather than rear wheels. Because Cadillac had not built a decent rear-driver in decades before introducing the CTS two years ago, the STS-V exhibits a similar break in its ancestral line.

“Four doors” and “performance” became mutually exclusive terms in product-planning parlance, but after a long period of European development, rear-drive sport sedans have been reintroduced to North America. No sooner had the underwhelming 300M hit the road than Chrysler began work on the next in the series: the 300C. Chief designer Ralph Gilles explains that Chrysler knew immediately that this car was special. “When we drove the prototypes on public roads,” Gilles says, “we got thumbs-up signs from people who had no idea it was even a Chrysler.”

The 300C has been a runaway success from the moment it left the gate, earning accolades for its performance and its appearance. “When all else fails,” says Gilles, “good design can become your best weapon. Lucky for us, we have both [design and engineering].”Chrysler’s weapon of choice always has been cutting-edge design, but as weapons go, the new 300C is a blunt instrument. Its signature feature is the enormous egg-crate grille—a signature as subtle as John Hancock’s. The grille establishes the tone for the car: bold, aggressive, and in-your-face. The 300C has been called “Baby Bentley” in reference to the similar visage of the Bentley Arnage, but that comparison does not bother Gilles. “To a designer, the 300 has what I would call delicious proportions,” Gilles explains. “They’re proportions common to the world’s best sedans—7 Series, S-Class, Arnage—but we used them for a specific reason: We had to go vertical.” Gilles is referring to the 300C’s hood line, which is elevated to accommodate the V-8 Hemi. “From there, everything else went up along with it,” he says. Indeed, the 300C has a higher beltline than most cars, and its wheel wells allow for some of the largest wheels and tires offered by any manufacturer; the SRT8 comes equipped with 20s all around.

The 300C SRT8 surrounds occupants in a minimalist gray decor that is the only indication of the car’s blue-collar origins—and the primary reason that the price of a fully loaded 300C SRT8 barely cracks $40,000. The tortoiseshell steering wheel of the base 300C has been replaced by perforated leather. There is no high-gloss wood, and the use of chrome is limited to a pair of spears on the interior side panels that point the way to the chrome door handles, along with a few shiny bits and pieces scattered here and there. The only hints of high performance are the SRT8 logo emblazoned on the instrument panel and embroidered on the front seats, and the side bolsters and soft suede inserts designed to hold the driver and front passenger snug and secure when the road starts to wander.

The physical features that truly distinguish the SRT8 from its civilian sibling are found on the outside, where the front and rear fascias make this version of the 300C look the part of a performance car. The bold new face features integrated fog lamps flanking air ducts designed to cool the front brakes. An unobtrusive rear spoiler increases downforce by some 39 percent, and large exhaust tips hint at the increased engine output. The car has been “de-chromed,” Gilles explains, “so you can speed in peace. We looked to the AMG products for some of that inspiration. The German way of handling the expression of speed is to be discreet.”

Although the 300C SRT8 driver may not wish to announce his penchant for spirited driving, he certainly can exercise it, thanks to the 6.1-liter Hemi engine. Developed by Chrysler’s Street and Racing Technology (SRT) team, the new engine offers power that has been increased by some 25 percent—an additional 85 hp and 30 ft lbs of torque—above and beyond the power developed inside the 5.7-liter’s hemispherical combustion chambers.

In the STS-V, Cadillac has found a purpose for its powerful Northstar V-8, which had been idling while the front-wheel-drive Seville Touring Sedan postured as a sport sedan. Cadillac’s engineers fine-tuned the STS-V chassis not only at GM’s new Milford Road Course, but also at the Nordschleife, the North Course of the famed Nürburgring. You could almost hear the thud of the gauntlet landing, and on German soil, no less.

The STS-V’s 4.4-liter Northstar, a dual overhead cam V-8, delivers the highest horsepower rating ever for a production Cadillac engine, thanks to the efforts of a supercharger, intercooler, and variable valve timing. Output is estimated to be 440 hp at 6,400 rpm, but Cadillac insiders say this figure is conservative. The engine delivers 430 ft lbs of torque at 3,600 rpm, and 90 percent is available between 2,200 and 6,700 rpm, enabling the STS-V to accelerate from rest to 60 mph in less than five seconds.

Coupled to the supercharged Northstar V-8 is GM’s all-new Hydra-Matic 6-speed automatic transmission. Clutch-to-clutch engagement and an integrated transmission controller promise to deliver smooth, precise shifts, while Driver Shift Control gives the driver the option of changing gears sequentially with the gearshift lever.Sporting increased tire sizes (P255/45R18 front, P275/40R19 rear), bigger brakes, larger pads and calipers, stiffer stabilizer bars and springs, a faster steering ratio, and chassis tuning that promises high performance without punishment, the STS-V is “tuned for track or autobahn,” according to Cadillac’s press information. Boasts about the car being built to handle the streets of Detroit or the Pacific Coast Highway after a hard rain might be more impressive. Regardless, judgment concerning the veracity of Cadillac’s claims will have to wait until later this year when the STS-V becomes available to drive.

We need not wait, however, to observe what Cadillac has done to the STS-V’s interior. It is a cocoon of stitched leather and burled oak, with faux suede seat inserts, soft-toned aluminum brightwork, and discreet V-series badges on the instrument panel and doorsills. In a show of flair uncharacteristic of Cadillac, the carmaker also is offering a Tango Red color scheme for the front and rear seat inserts, console, door inserts, center armrest, and the lower part of the instrument panel.

The exterior makes a more restrained statement. Like that of the CTS and XLR, the design of the STS is edgy, almost Cubist. The front fascia of the V-series is two inches lower than that on the standard STS, and it extends an inch farther forward, creating more of a wedged shape for better aerodynamics. Compared to those of the base car, both the upper and lower front grilles are larger. A more aerodynamic splitter and taller rear spoiler help counteract the additional drag on the front fascia.

To accommodate the height of the supercharged engine, the hood on the STS-V bulges in a long, graceful central arc. The crease down the centerline of the hood also accents the wide flared fenders. “We wanted to communicate with our design, not merely copy the design philosophies of our European competitors,” says Kip Wasenko, chief designer of the STS. “Where they are understated, we are more angular. We believe that American design is bolder than European.”

Bold is appropriate, because in the car formerly known as the Seville Touring Sedan, Cadillac appears to have a four-letter answer to the European performance sedans.