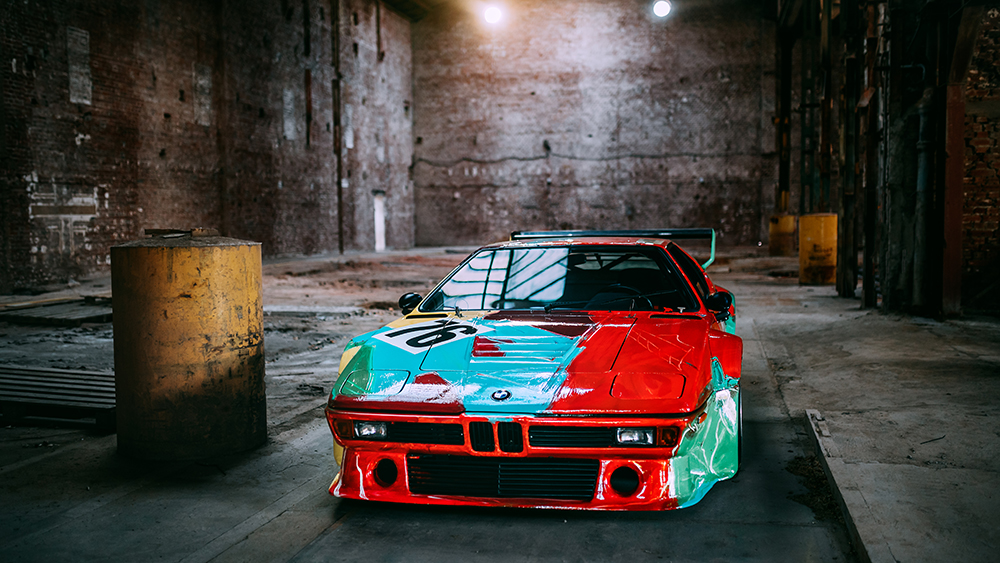 Ask any car buff and they’ll tell you that the right car can be a piece of art. While that may sound like hyperbole, it can also be true—literally. Need proof? Check out the 1979 BMW M1 that Andy Warhol painted just before it raced at Le Mans.

The Bavarian automaker has just released a new photoset featuring the artful sports car to celebrate its 40th birthday. Shot by Stephan Bauer, the winner of the company’s “Shootout 2018” contest, the photos make clear why BMW Art Car Number Four is still the most famous entry in the project.

In June 1979, shortly before the 24 Hours of Le Mans took place, Warhol was asked by the BMW Art Car Project to paint a powerful 470 hp racing version of the M1 that would compete in the race. Rather than painting a scale model of the car and leaving the rest of the work to be completed by his assistants, as his predecessors had done, the Pop artist got down to business himself, applying the final touch, the number 76, within a half hour of starting.

Afterwards, Warhol explained his hastily finished, technicolor paint job this way: “I attempted to show speed as a visual image. When an automobile is really traveling fast, all the lines and colors are transformed into a blur.”

Warhol’s M1 would prove to be pretty fast, too. In its first and only race, the car, driven by the German Manfred Winkelhock as well as Hervé Poulain and Marcel Mignot from France, would finish sixth overall and second in its class.

Dreamt up by Poulain in 1975, the BMW Art Car Project has seen some of the most famous blue-chip artists turn the German cars into their own canvases over the proceeding decades. In addition to Warhol, other artists who’ve participated include his Pop art peer Roy Lichtenstein, who painted 320i Turbo in 1977; David Hockney, who covered an 850CSi with is trademark brushstrokes in 1995, and neo-conceptual legend Jenny Holzer, who added some biting flourishes to a V12 LMR in 1999.

Check out more photos of Warhol’s M1 below: