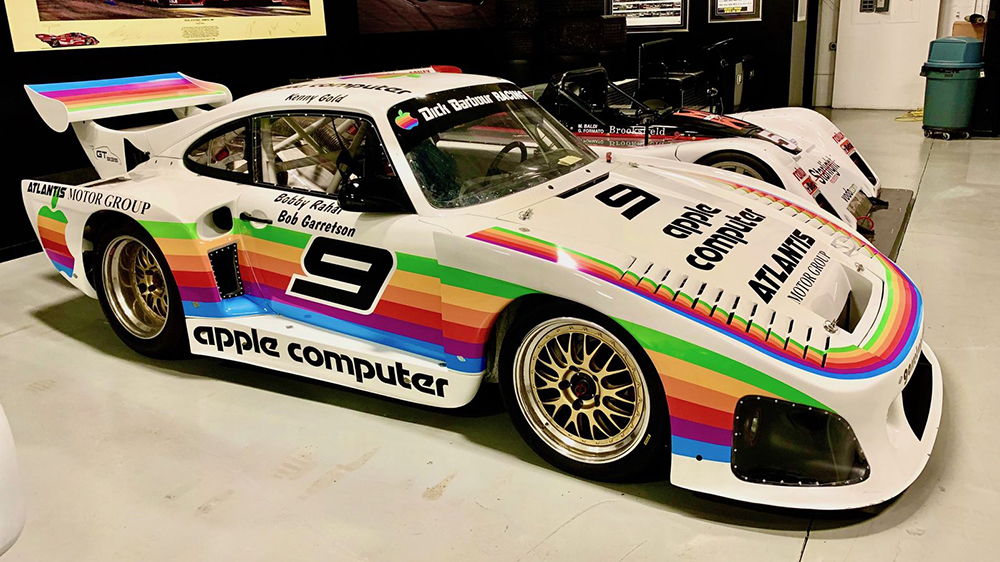 The Apple-sponsored Porsche 935 that raced at Le Mans in 1980 may not have been particularly successful, but there’s no denying that it’s one of the best-looking competition cars of the era. And now an inch-perfect replica of the racer rainbow-colored racer can be yours.

Purposely built for driving around the track, the replica 1979 Porsche 935 K3 has been listed for sale by Atlantis Motor Group in Boca Raton, Fla. And while the car it’s based on never won a race, chances are Porsche enthusiasts won’t mind one bit.

So why spend time faithfully recreating a car that never made a visit to the winner’s cycle? Because the livery on Apple’s sole race car is one of the most famous made in the last 40 years. Dating from a time when Steve Jobs’s then-fledgling company was more concerned with making bold statements than chic minimalism, the white car feature’s the brand’s retro rainbow motif on the sides, hood, and wing. And with the exception of the dealership’s decal, located at the top of the hood, the rest of the cars markings, down to the typeface, are period appropriate.

But while the replica looks almost identical to its inspiration, things are a little different under the hood. And for the better. That’s because the racer has been equipped with a 3.8-liter twin-turbocharged flat-6 engine based on the one featured in the 993-generation Porsche 911 GT2 from the mid 1990s. The car has also been outfitted with that generation’s six-speed automatic transmission and rear suspension. Thanks to these upgrades, the vehicle is capable of churning out 700 horsepower and hitting a top speed of over 200 mph.

If you want to get your hands on the 1979 Porsche 935 K3, it won’t come cheap. You’ll have to pony up $499,000, according to the listing. While half a mil may sound like a lot for a replica, it’s a fraction of what the real deal would cost. The original, currently owned by comedian Adam Corolla, is valued at between $8 million and $10 million.