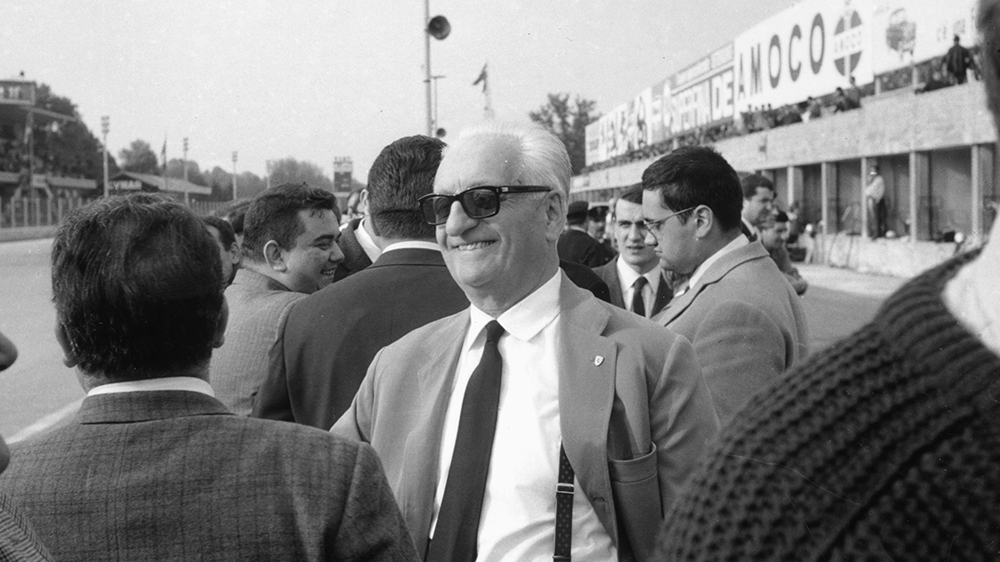 Did you find yourself wishing Ford v Ferrari had a little less Ford in it? You’re in luck.

Apple TV+ has just a greenlit a new biographical series about the life of Enzo Ferrari from Peaky Blinders creator Steven Knight, according to Variety. The show, which will be simply titled Ferrari, has been given a “straight-to-series” order, making it unlikely it will get stuck in production purgatory.

Knight’s series is inspired by Luca Dal Monte’s 2016 biography Ferrari Rex. Set between 1956 and 1961, the show will portray Enzo’s quest to build the fastest racing car of all time while overcoming the grief and anger brought on by the death of his eldest son, Dino, and the perceived betrayal of his lead driver, Juan Manuel Fangio. We’ll also see him struggle to rebuild one of history’s great race teams from scratch.

“I am thrilled to be telling such an evocative story about this legendary man and his iconic brand,” Knight said in a statement. “Enzo Ferrari’s utterly extraordinary life was defined by his dramatic personal and professional journey, and Ferrari is a celebration of an incredibly complex and fascinating human being.”

Knight, who will be credited as creator, will be joined by director Stefano Sollima, who previously helmed Sicario: Day of Soldado. Also attached to the project is Paolo Sorrentino, director of 2014 Best Foreign Language Film Oscar winner, The Great Beauty, as well as the HBO series The Young Pope. He’ll executive produce the series alongside Knight, Sollima, Lorenzo Mieli, Nicola Giuliano, Giulio Marantonio and Lorenzo De Maio. Dal Monte will serve as historical consultant for the series.

This show will mark just the latest time Enzo and his marque have been depicted onscreen. In addition to Ford v Ferrari, where he was played by Remo Girone, he was also played by Sergio Castellitto in the 2003 Italian biopic Ferrari. The show isn’t the only Enzo project in the works, either. In February, it was reported that Adam Driver had agreed to play the late auto magnate in a big-budget biopic from director Michael Mann titled … Ferrari.