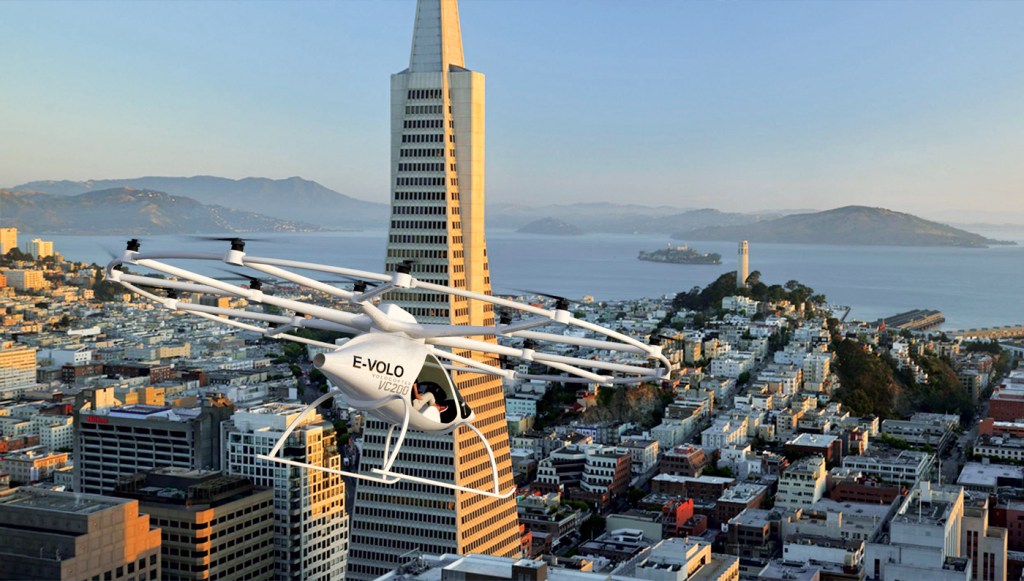 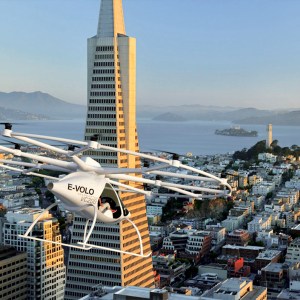 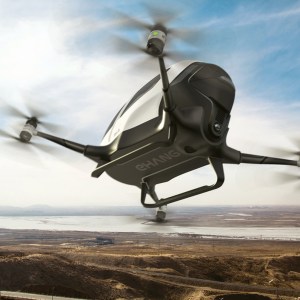 Instead of developing automobiles that transform into airplanes, some companies are focusing on flying-car designs that are more akin to helicopters or giant drones.

“Mark my word,” Henry Ford declared in 1940: “A combination air-plane and motorcar is coming. You may smile, but it will come.” If you’ve ever been stuck in traffic, you’ve probably wished that such a conveyance had arrived, and that you were driving a flying car—a ground-bound vehicle that could sprout wings and take off toward the sky, above the crowded roads and highways, to transport you quickly and easily to your destination. But this dream has proved elusive, mostly because cars need to be sturdy and durable—to meet federal crashworthiness standards for road vehicles—where airplanes need to be relatively lightweight.

But new technologies are transforming both automobiles and airplanes and bridging the differences between them. Ten or 20 years from now, your car likely will be fully autonomous. As such, it may be far less likely to crash than today’s cars are, and this will allow manufacturers to use lighter and more efficient designs. Airplane manufacturers are relying more and more on autonomous systems and looking at the remote-control systems now used for drones. They are also experimenting with vertical-takeoff-and-landing (VTOL) designs. New electric motors can drive a suite of small propellers, providing the safety of redundancy with less noise and greater efficiency than today’s gas-guzzling engines.

These new, converging technologies could lead to the production of flying cars. They may not be what Henry Ford envisioned—you might not be able to drive them on the road—but they would combine the utility of an automobile with the convenience of an airplane. These flying cars would be compact, lightweight, quiet, efficient, safe, and easy-to-operate aerial transportation that doesn’t require runways or extensively trained pilots.

The Volocopter VC200 fits this description of a flying car, though it doesn’t resemble a car or an airplane: It looks like a tiny two-seat helicopter suspended beneath a circular canopy. e-Volo, the German company developing it, bills the VC200 as “a new era in urban mobility.” More than a million people have viewed the YouTube video of the vehicle’s first piloted flight, which took place in April. Alexander Zosel, a cofounder and the managing director of the company, flew the aircraft. Eighteen small rotors, powered by nine independent batteries, provide both lift and thrust. Zosel operated the VC200 by manipulating a single, intuitive joystick, while the aircraft’s autonomous systems took care of the rest and delivered a stable, comfortable ride.

International regulations require the presence of a pilot in the cockpit of aircraft that carry people, and that pilots complete extensive and periodic flight training. Florian Reuter, a managing director at e-Volo, says he hopes these rules will change when fully autonomous aircraft become available. He argues that you won’t need any such training, because you won’t be piloting the aircraft. “Autonomous flying means that the pilot does not have to have any flying skills whatsoever and has only to enter his or her destination in the touchpad,” he says. “The aircraft would then bring him or her to the destination absolutely safely, quietly, and without any large environmental impact.”

Like the VC200, the EHang 184 is a battery-powered VTOL aircraft, and it’s designed to be fully autonomous. EHang, a Chinese drone manufacturer, displayed a full-size version of the single-seater in January at the Consumer Electronics Show in Las Vegas. The company claims that the aircraft has an airspeed of about 60 mph and can operate for 23 minutes on a single charge. In June, EHang announced plans to begin testing and developing its flight systems later this year in Nevada.

NASA is also looking at the possibilities for VTOL aircraft. Mark Moore, a researcher at NASA’s Langley Research Center in Virginia, completed a study that shows how VTOL aircraft could provide a new transit network for California’s densely populated Silicon Valley. On highways during rush hour, Moore says, commuters average 22 mph or less in cars. Small VTOL aircraft could use the space now devoted to freeway clover leafs as launchpads, he says. He believes the convergence of electric propulsion systems—which are easy to use and quiet—and autonomous technology will make this kind of transit system possible within the next 10 years.

“There are about 12 private companies right now that are really well funded and looking at creating this efficient urban VTOL type of aircraft that could provide a brand-new transportation option,” says Moore. “Most of them have not gone public yet, but they are making good progress. So that makes it meaningful for NASA to step up and show how the complete system could make sense.”