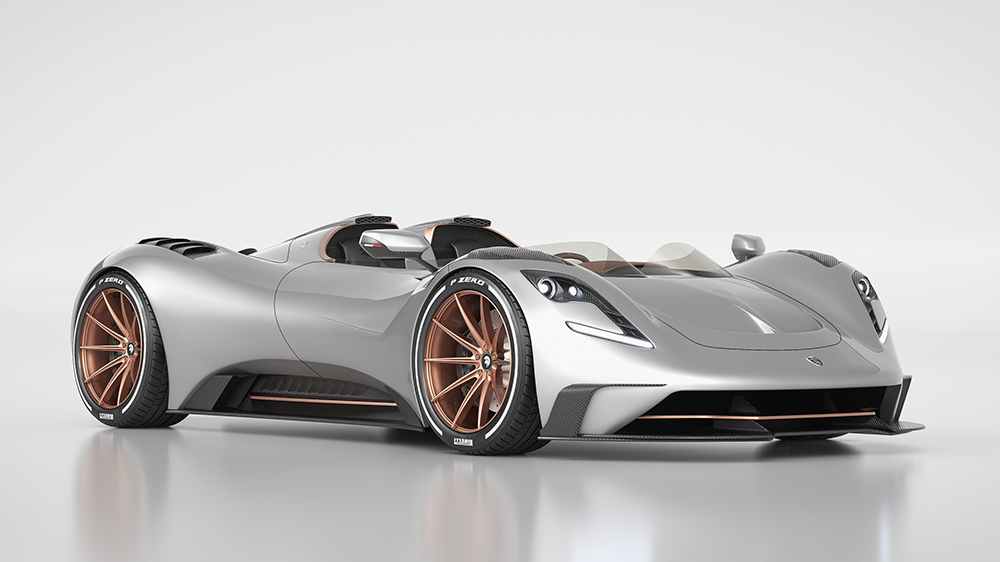 Ares Design’s new boutique supercar, the S1 Project, must have drawn a lot of interest, because one month after its debut, the Italian coach builder has announced its first variant. And this one will feature a completely open-air cockpit.

The just-announced S1 Project Spyder is a windscreen-less convertible version of the Ares’s spaceship-like speed machine. And while the car can only be seen in renders right now, there’s no denying that its just as breathtaking as the first version.

Chopping off a car’s roof is always dramatically move, and that’s equally true in this case. Whereas the coupé looks like a rocket ship on wheels, the convertible looks like a modern take on one of the race cars you see in sepia-colored photos of old grand prix races. And unlike most convertibles, this one doesn’t have a windscreen. Instead it has too deflectors that push the air current over the driver and passenger to create a “virtual canopy.” The lack of an enclosed cockpit also allow’s the car’s flowing carbon-fiber body to blend seamlessly into its luxe, Napa leather and Alcantra-covered interior.

Under the hood, the Spyder’s body has been left alone. Which is fine with us, because that means it will be powered by a naturally aspirated V-8 that can rev up to 8,800 rpm and output an impressive 715 horses. This powerplant is mated to an eight-speed dual-clutch transmission that can launch the car from zero to 62 mph in just 2.7 seconds, according to Ares. We assume the convertible will feature the same double wishbone suspension, forged-aluminum axles and adaptive Magnetic Ride Control as the coupe as well.

“We had always planned a Spyder version of the S1 Project and since we revealed that car last month the reaction has been fantastic, so we are very pleased to release details of the S1 Project Spyder,” Ares co-founder Dany Bahar said of the convertible. “We wanted to create a model that is a true tribute to the pleasure of sport driving. This new [convertible] version adds more charm to the S1 Project design as it takes additional inspiration from the world of motorsport and the racing cars of the past.”

As with the first S1 Project, Ares Design has yet to announce release date or pricing info for the Spyder, though we expect the latter to be steep. One thing we do know: Just like its predecessor, it will be limited to 24 examples.