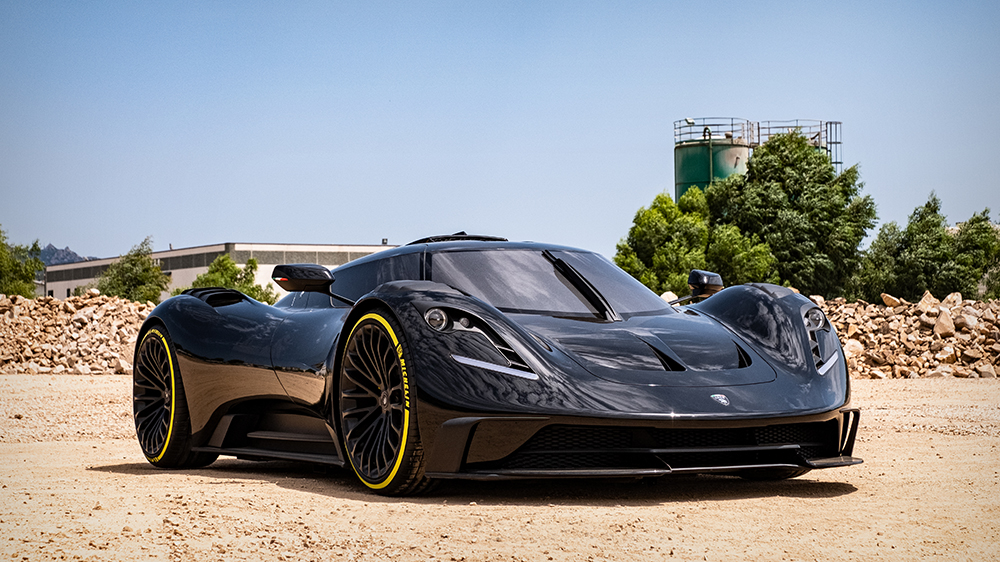 When you’re a coach builder best known for your work on luxury and high-performance cars, the next step in your evolution is only natural: Make one of your own. And that’s just what Ares Design is doing with its new supercar concept, the S1 Project.

The Italian company has just unveiled its first original vehicle, a limited-run speedster it claims will churn out more than 700 horses. And this isn’t just some theoretical mock-up; they hypercar is set to make its public debut at next week’s Salon Privé in the UK before going into production next year.

The Modena-based company, which was co-founded by former Lotus CEO Dany Bahar, has built its reputation on elegant coach work, and it shows through in the S1 Project’s curvaceous exterior. The brash vehicle features an all-new design, with a flowing shape that revolves around giant front and rear fenders. In front is a dramatic down-sloping hood that smoothly segues into a spacious cockpit that begins at the front tiers. With the driver’s cabin in a front-forward position, the car almost looks like a rocket ship on wheels.

But while the exterior may be the S1’s standout feature, the car’s technical specs are no less impressive. The S1 will be powered by a naturally aspirated V8 that can rev up to 8,800 rpm and produce a 715 horses. Mated to an eight-speed dual-clutch transmission, the engine can rocket the car from zero to 62 mph in just 2.7 seconds. While its far from the most powerful supercar out there, the Ares model will bring plenty of grunt to the road. Other technical features include a double wishbone suspension, forged-aluminum axles and adaptive Magnetic Ride Control, all of which promise to give the S1 Project a smoother ride—not a characteristic often associated with supercars.

“We did extensive research with our clients and potential clients to find out what they really wanted in a supercar and, time and again, it came back to them wanting to enjoy driving a car; to have fun and not to be worried about power that supercars have,” Bahar said in a press release. “So, we set about achieving that. The aim was not to produce the fastest, the lightest or the most technologically advanced supercar; we want to produce a car that our clients want, that is simple and fun to drive and looks simply stunning and with the S1 Project I know we will have achieved just that.”

While Ares hasn’t released pricing info for the S1 Project, you can expect it to be steep, especially since the company only intends to build 24 examples of the vehicle. Production of the company’s first supercar is expected to begin in early 2021.