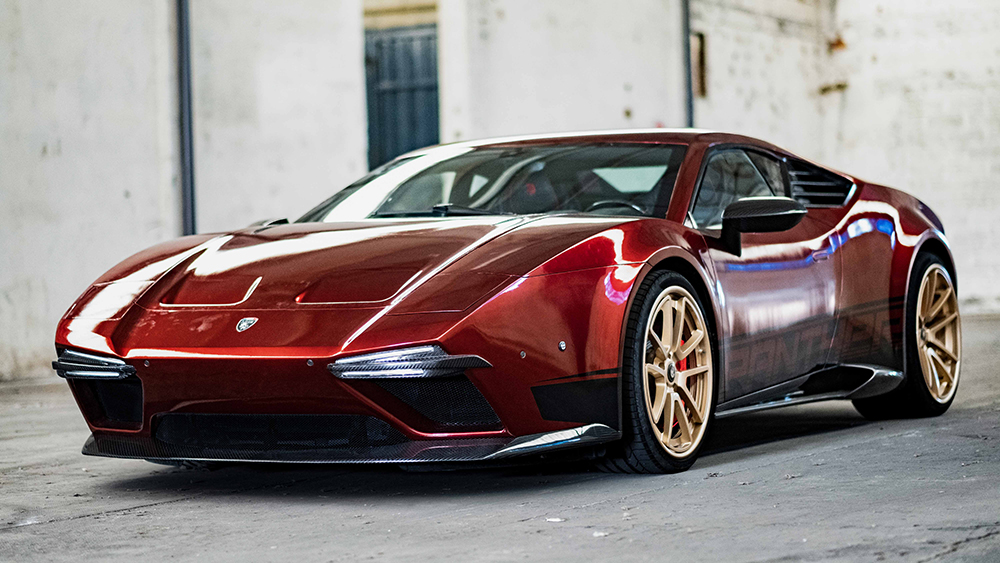 When design house Ares announced plans to build a modern interpretation of the iconic 1970s DeTomaso Pantera, everyone rejoiced. The Pantera had style, presence, and power (thanks to a Ford Cleveland V-8), and Ares wanted to ensure its new iteration, the Panther ProgettoUno, paid homage properly.

The donor machine is a Lamborghini Huracan, to which Ares affixes a custom, fully carbon fiber exterior body, reshaped to give it that beautiful flowing shape and sloping front fascia. Hats off to the designers and engineers here, because the Panther ProgettoUno doesn’t resemble the Huracan at all from the outside. While the cockpit is bespoke from Ares, the Huracan’s basic cabin structural elements seep through the reworking a bit, but it still blends very nicely. Ares notes the interior can be completely customized to a client’s every whim, so some future cars may not have as much of a Lamborghini feel.

The aim of Ares for the Panther ProgettoUno is to create a vehicle that’s honing in on the pleasures of driving, and the Ares boss, Dany Bahar, claims that class-leading top speed and acceleration figures aren’t as important, but that doesn’t mean the car won’t be quick and fast. The Huracan’s ECU is treated to a tune that imbues the 5.2-liter naturally aspirated V-10 engine with more horsepower, notching it up to 650 ponies. That’ll see a tenth of a second shaved off the zero to 60 sprint, too, bumping it down to 3.1 seconds. The gearbox is recalibrated, and there’s a new exhaust system, as well, all of which should ladder up to an incredible experience behind the wheel.

Ares plans to produce 70 cars over the next five years, and the first deliveries should start around May of this year. While clients have yet to drive the thing, about 10 coupes have already been sold, which is impressive when you factor in the sticker price: $700,000. (A fully carbon body doesn’t come cheap, kids.) A Spyder variant of the Panther ProgettoUno is also forthcoming, likely based on the Huracan Spyder, and that’ll probably be even pricier, though we’re sure it’ll be just as stunning.