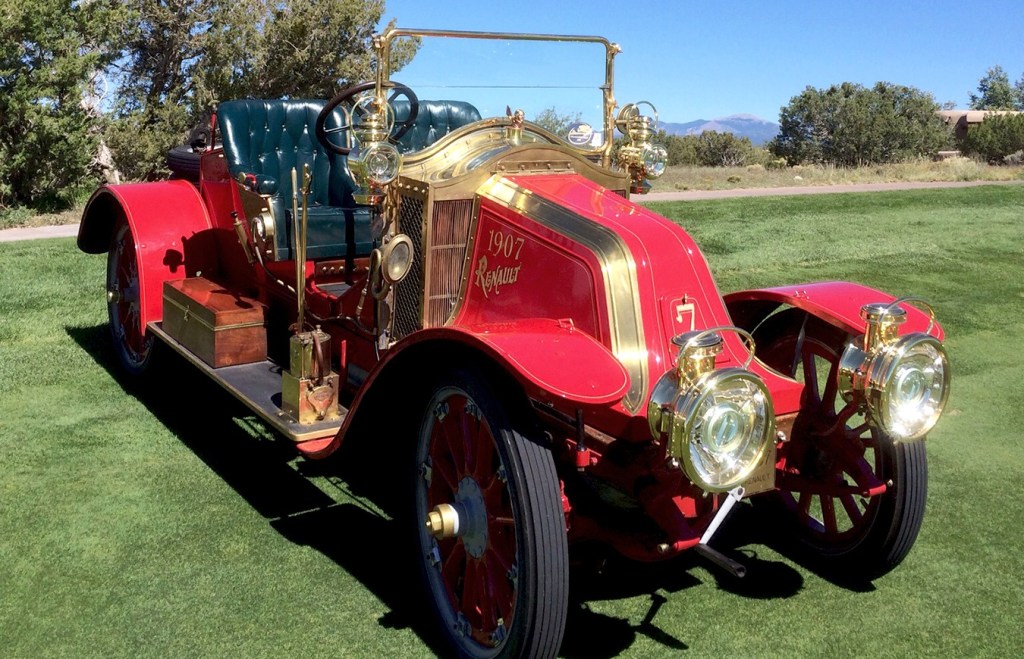 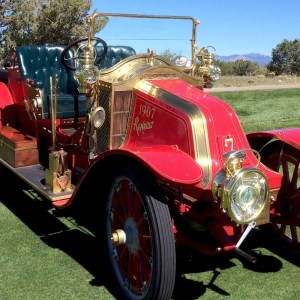 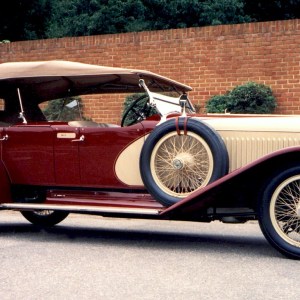 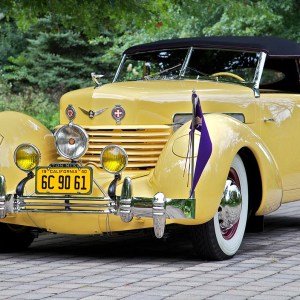 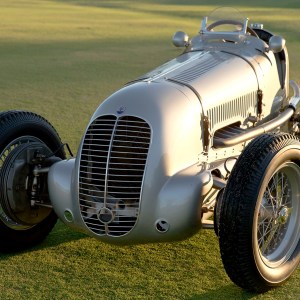 The inaugural Arizona Concours d’Elegance has chosen 80 exceptional automobiles to compete for awards Sunday, January 12, 2014, at the Arizona Biltmore Resort.

The completed list of accepted entries, gleaned from more than 150 applicants, features rare and historic vehicles from many eras and locales. They will be displayed to the public in an intimate setting within the art deco elegance of the Arizona Biltmore during this premium automotive event that starts off the famous week of collector-car auctions in the Scottsdale/Phoenix area.

Among the featured cars that will appear at the Arizona Concours are:

This 1907 Renault AI 35-45 is one of five remaining cars ordered from Renault of France by William K. Vanderbilt for himself and his friends. Renault had just won the 1906 French Grand Prix, and Vanderbilt was so impressed that he ordered these slightly smaller versions of the winning car. Vanderbilt was an early supporter of automobile racing and the namesake of the Vanderbilt cup, the first international racing event in the United States.

This unique Hispano-Suiza was originally built as a formal limousine, and then re-bodied in 1934 by Swiss coachbuilder Hermann Graber with this sporty LeBaron convertible design. Hispano-Suiza built some of the most elegant automobiles of the time, competing with Roll-Royce and other top luxury brands.

A grand prix race car, this is one of just 27 built by the Maserati factory for its “works” racing program to compete against the state-supported German teams that were dominating Grand Prix racing at the time.  The 6CM was one of the most advanced racers of the era, and examples were used by private racing teams as well with much success.

The Cord convertible owned and driven by silent-screen Western film star Tom Mix, it is the very car in which he crashed fatally October 12, 1940, near Florence, Arizona.  The Cord has been completely repaired and restored, and is festooned with flags, badges and other Western regalia as Mix had decorated the car when he owned it. This is a unique and important piece of early Hollywood and Arizona history.

The factory team car driven by Walt Hansgen, shown in a period picture during the 1958 British Grand Prix at Silverstone. For 1957, Lister Cars of Cambridge, England, designed the car around a Jaguar D-typeinline-six using an aerodynamic aluminum body. It was tested out at the time by racing journalist John Bolster, who performed a 0–100 mph sprint in 11.2 seconds. Driver Archie Scott Brown won the 1957 British Empire Trophy in a Lister-Jaguar. The Lister-Jaguar was refined again for 1958, and was entered by the team in international competition with impressive results.

Considered to be the most-collectible Japanese car of all time, the 2000GT coupe has climbed precipitously in value during the past few years.  Designed by Toyota in collaboration with Yamaha, the 2000GT was displayed with much acclaim at the 1965 Tokyo Motor Show. It was produced in limited numbers between 1967 and 1970 mostly for Toyota’s domestic market in Japan, although 62 left-hand-drive examples were imported to the United States.

A world-class team of concours judges, led by the acclaimed John Carlson as chief judge, will pore over the cars and choose first-, second- and third-place winners in the following classes:

Award winners will receive trophies specially prepared by acclaimed Arizona artist Ed Mell. A number of special awards will also be presented during the Arizona Concours.

The first staging of the annual Arizona Concours d’Elegance has chosen Packard and Maserati – which celebrates its 100th anniversary during 2014 – as its honored marques for the January 12 event. Magnificent pre- and post-war examples of competition and road cars from Maserati’s illustrious history will be displayed at the Concours, and Packard will have a strong presence on the Concours field.

Keith Martin, publisher of Sports Car Market and American Car Collector magazines, will serve as host and emcee for the inaugural Arizona Concours. A columnist, author, television personality and all-around collector-car enthusiast of the highest order, Martin will add his characteristic charm and expertise to delight the crowd of participants and spectators.

The inaugural Arizona Concours serves as a charity event, with proceeds benefitting Make-A-Wish Arizona, the founding chapter of the national organization that grants the wishes of children with life-threatening medical conditions. For more information about Make-A-Wish Arizona, see www.wishaz.org.

The Arizona Concours will also co-host a special cocktail party on Saturday, January 11, 2014, with Childhelp prior to the group’s signature Drive the Dream gala at the Arizona Biltmore. The organization has been dedicated to the prevention and treatment of child abuse for the past 55 years,

For more information about and tickets for the inaugural Arizona Concours d’Elegance, see www.arizonaconcours.com.