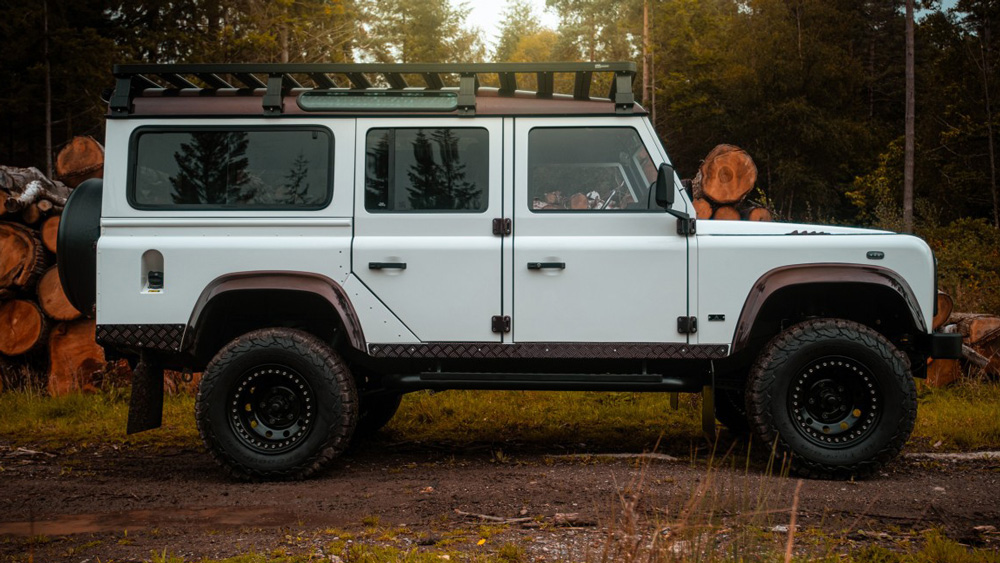 The revival of Land Rover’s inimitable Defender sparked a firestorm of controversy among the cognoscenti, triggering predictable postulations: Is the freshly reimagined off-roader too refined? Did the Defender’s unmistakably rugged design lose something on its way to the 21st century? While there’s no denying the march of time, UK-based Arkonik persists in doing what it’s been doing for the better part of a decade—importing re-worked, custom-built old school Defenders to North America for clients craving traditional underpinnings with the reassurance of modern upgrades.

Arkonik’s latest build takes a 1992 Defender 110—which falls under the US Department of Transportation’s 25 year rule for importation— and tailors it to the adventure-seeking set. Because adherence to US rules means sticking with the vehicle’s original engine and chassis, this particular restomod (dubbed Switchback) retains the truck’s 2.5-liter diesel engine.

While the chassis number doesn’t change, virtually everything else does in the interest of ensuring a solid, correctly aligned, corrosion-free frame. The structure is shot-blasted, and the bulkhead and wings are replaced. Because Defenders typically came from the factory with irregularities and warping, all body panels (save the roof and windshield sections) are swapped with new aluminum pieces. Mechanical improvements in the interest of enhanced off-road capability include a 2-inch lift via a Terrafirma suspension kit, steel 16-inch beedlock-equipped wheels, blinding roof spotlights, and a winch.

The most appreciable upgrades are effected within the off-roader’s cabin. While stock Defenders are traditionally Spartan, Arkonik transforms the space into one that’s appreciably more livable and plush. The bare metal roof is replaced with Alcantara; stern seats are supplanted by heated perches upholstered in vintage thatch brown leather; plastic knobs and switchgear are replaced with cool-to-the-touch alloy, echoing the model’s intrinsic mechanical simplicity.

Though the Switchback is spoken for, each of Arkonik’s builds are unique one-offs whose elements often inspire future customers. That said, Arkonik Defender 90 builds start at around $120,000 and 110s begin at $140,000; the Switchback comes in at $190,000. Building your own and choosing wisely— you just might come up with a design that inspires a fellow enthusiast.