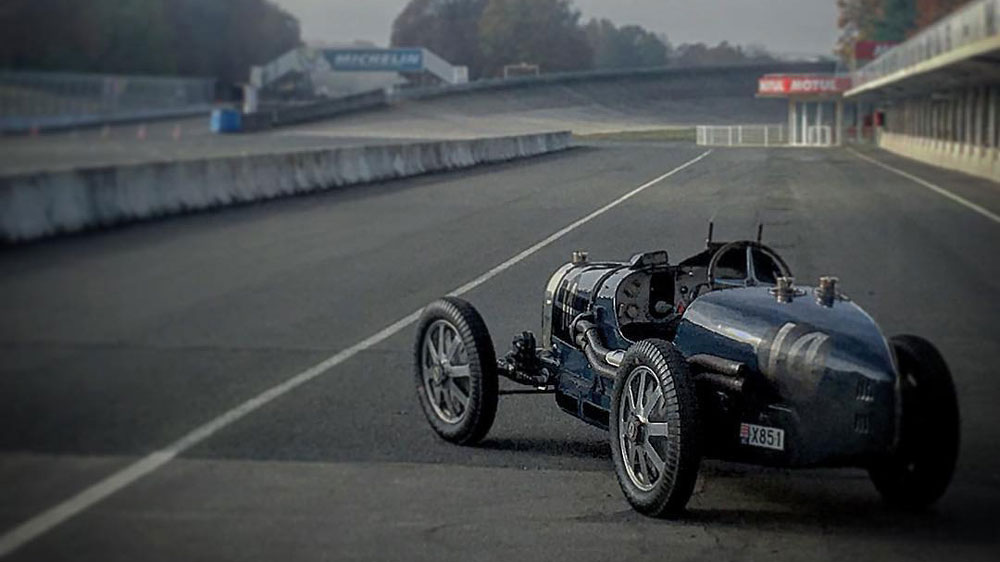 The French auction house Artcurial has more in store for this year’s Rétromobile, the annual classic auto show held in Paris. Instead of holding one auction during the event, Artcurial will conduct four from February 8 through 10, 2019.

The second Artcurial sale on that date, dubbed Vibration, showcases more than 350 lots of race-used Formula 1 helmets, suits, steering wheels, and other gear from Lewis Hamilton, Kiki Raikkonen, Nico Rosberg, Alain Prost, Rubens Barrichello, and many others. A standout is a unique 2000 Schuberth helmet designed for Michael Schumacher and worn by the legend in inter-seasonal test races. Those who oversaw F1 ultimately declined to approve the helmet for use in the sport. It’s estimated at €50,000 to €100,000 ($57,000 to $114,000). Auctions that concentrate solely on F1 race-used items are rare, but that’s not for lack of demand. Gathering enough quality material to fill an auction is difficult. The lots in Vibration largely come from one dedicated collector.

Artcurial’s traditional Rétromobile offering—what it calls The Official Sale—takes place on February 8. Its marquee lot will drop your jaw: a 1939 Alfa Romeo 8C 2900 B Touring Berlinetta, estimated at €16 million to €22 million ($18.2 million to $25.1 million). Only four others were made. One is in the Alfa Romeo museum, and two of the remaining three won Best of Show at Pebble Beach following restorations in America. This example, the second of the five, is unrestored, and has been with the same owner for the last 43 years.

This 1939 Alfa Romeo is estimated at up to $25.1 million.  Photo by Kevin van Campenhout, courtesy of Artcurial.

Pierre Novikoff, deputy director at Artcurial, has “used the car with the owner” and deems it “very powerful and very torquey. The engine is a real piece of art.” If it sells for its high estimate, or even a bit more than its low estimate, it will set a new auction record for an Alfa Romeo. The record belongs to a 1939 Alfa Romeo 8C 2900B Lungo Spider by Touring that fetched $19.8 million at RM Sotheby’s in 2016.

Equally alluring is a 1953 Maserati A6GCS by Fiandri, estimated at €3.75 million to €4.5 million ($4.2 million to $5.1 million). Its chassis and engine numbers do not match, but that’s a good thing in this case. The engine powered a car that drove in the 1954 Mille Miglia, which is enough to confer eligibility for a future Mille Miglia. The car proper has a race history that includes the 1954 Sebring 12 Hours.

Rounding things out is an exceptional 1931 Bugatti 51 Grand Prix, estimated at €4 million to €4.5 million ($4.5 million to $5.1 million). You’d be hard-pressed to find another 1930s Bugatti that raced in more than 40 Grand Prix races and survived those adventures as well as this one did.