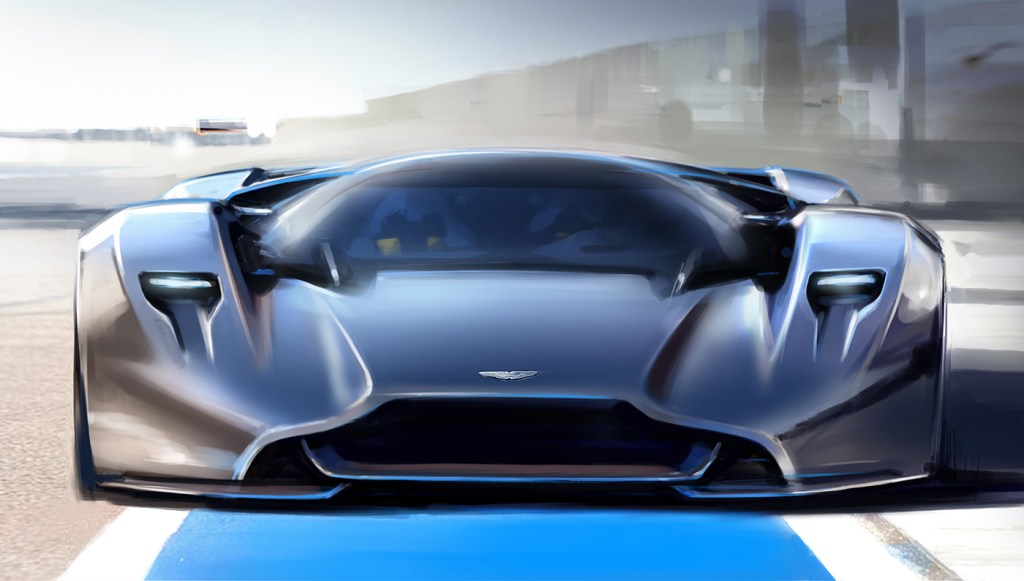 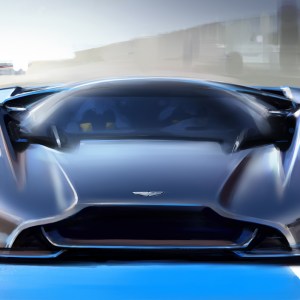 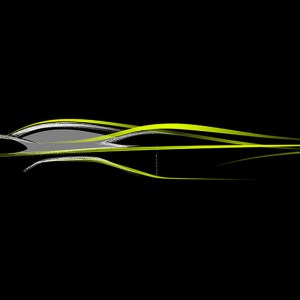 Still shrouded in secrecy, the Aston Martin AM-RB 001 hybrid hypercar is the shadow project between Aston Martin and Formula1’s Red Bull Racing—a concept that gives wings to the marque’s hopes of a Grand Prix presence for the first time since 1960. Aston Martin’s chief creative officer Marek Reichman and Red Bull Racing’s chief technical officer Adrian Newey are assembling a dream team of elite engineers, experts in aerodynamics, and the finest fabricators to accelerate the development process and assure that what is currently considered cutting-edge becomes merely status quo once their innovative creation is revealed. The forthcoming hypercar is rumored to be as quick around Britain’s famed Silverstone Circuit as an F1 car.

Not just intended to be a mid-engine monster, however, it will clearly express Aston Martin’s distinctive design aesthetic and refinement inside and out, while potentially harnessing a new standard in horsepower. Images associated with the car have been flooding the Internet but are in actuality renderings of the Aston Martin DP-100 (shown here). The latter concept exists only in the world of virtual reality and was designed specifically for the latest iteration of the popular video game Gran Turismo.

In a recent interview with Britain’s Top Gear magazine, Reichman assures that the AM-RB 001 will be “completely unique” and reports that only 99 street-legal examples will be produced along with a select number of track-specific variants. But only time will indeed tell, which in this case may be 2018, their self-appointed deadline. Aston Martin is said to be giving purchase priority of the AM-RB 001 to its customers who have previously purchased its One-77 or Vulcan supercars. (astonmartin.com; redbullracing.com)