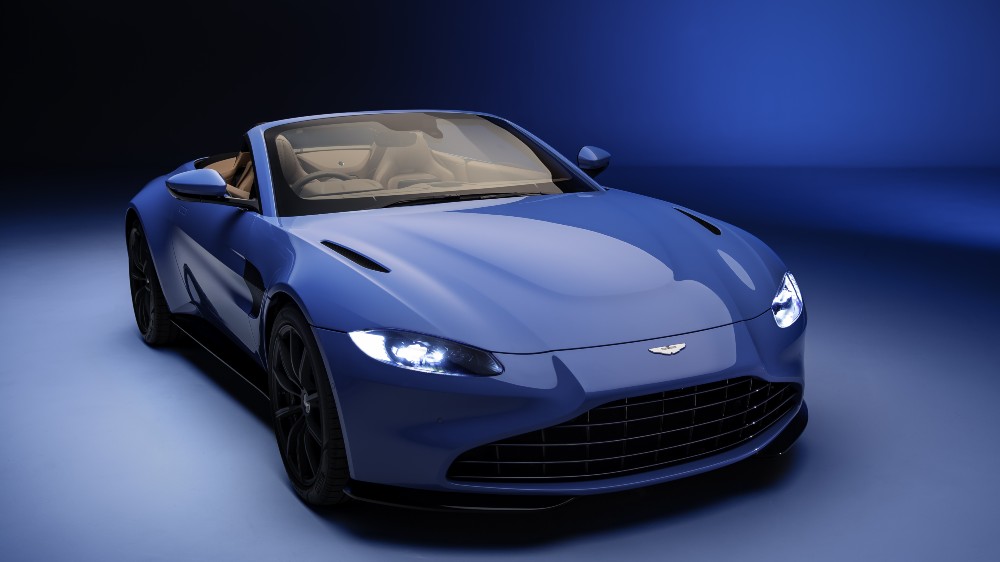 It may not be the best of times for Aston Martin, but that doesn’t mean the British automaker has forgotten how to have a little fun. Just look at its latest vehicle announcement—a roadster variant of the brand’s high-performance Vantage sports car.

Two years after the current-generation Vantage first debuted, Aston Martin is giving its customers a convertible version to choose from, according to a press release. Just as stylish as the standard coupe model of the car, the open-topped version of the car is set to go on sale just in time for the summer.

Of course, the most surprising thing about the Roadster is that it’s taken so long to get here. With the exception of its lack of a hardtop, this is the same Vantage we’ve come to know and love, looking just as sleek and aggressive as before. The fabric roof utilizes a powered Z-fold mechanism to ensure “rapid” operation, both lowering and raising in 6.7 and 6.8 seconds respectively. The “tautly tailor” ragtop also manages to add just 132 lbs. to the car’s overall weight and still leaves seven-cubic-feet of storage space in the trunk.

Under the hood, the Vantage has been left relatively untouched. It’s powered by a 4.0-liter AMG-sourced V8 engine that churns out a very robust 503 hp and 505 lb-ft of torque. It can accelerate from 0-to-60 mph in 3.7 seconds—which is a smidge slower than the coupe, most likely because of the added weight—and hit a top speed of 190 mph. One slight difference between the two models: The Roadster doesn’t come with the option of a manual transmission, something that’s sure to annoy purists.

You won’t have to wait long to get your hands on the Vantage Roadster. According to Aston Martin, deliveries of the car will begin towards the end of the second quarter of 2020. The new version of the sports car will carry a price tag of $161,000.